We were warned of flooding, landslide events for years, so why are we surprised?

While the rainfall and extreme weather events this year were unprecedented, were they totally unexpected?

The monsoon that Maharashtra saw in 2021 was erratic and devastating. While rainfall struggled to reach the annual average, the last four months have been marred by several scattered spells of intense rainfall. There were flash floods and landslides across districts, with a large number of lives and livelihoods lost or affected adversely. But while the rainfall and extreme weather events this year were unprecedented, were they totally unexpected?

About a decade ago, a report prepared by the Western Ghats Ecology Expert Panel (WGEEP), also known as the Gadgil Report was criticised and rejected for being “too environment-friendly”. Renowned ecologist Madhav Gadgil, who chaired the panel that made the report, had warned of disastrous climate events in the states on India’s west coast, if action was not taken to protect and preserve the Western Ghats. However, the report was highly misunderstood, criticised, met with protests and ultimately ignored.

The panel had recommended 64 percent of Western Ghats to be declared as an ecologically sensitive area and in its report, it has classified the 142 taluks in the Western Ghats boundary into Ecologically Sensitive Zones (ESZ) 1, 2 and 3. ESZ-1 being of high priority, almost all developmental activities (mining, thermal power plants, etc) were restricted in it. Among many other things, the Gadgil report recommended that “no new dams based on large-scale storage be permitted in Ecologically Sensitive Zone 1. 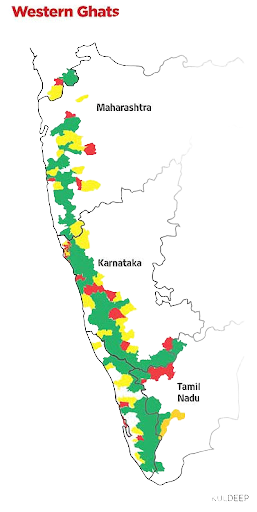 And the Gadgil report was not the only report that we needed to concern ourselves with. Over the last 10 to 15 years, scientists and organisations have been warning about the impact of climate change as well as the increasing human intervention in the environment, which could lead to situations that we are facing quite frequently since the past couple of years.

In 2009, the Government of India had directed all the states to develop state action plans on climate change, on grounds of the National Action Plan on Climate Change released by the Centre the previous year. The Government of Maharashtra appointed The Energy and Resources Institute (TERI), which released its report in 2014. TERI report for the state too has predicted a large number of weather occurrences that almost the entire state saw first hand this season.

What happened in Maharashtra this time?

This year, instead of seeing a relatively constant rainfall, Maharashtra saw a series of intense spells that led to disastrous events. At the end of July, incessant heavy rainfall led to floods in several districts in the state like Raigad, Ratnagiri, Sindhudurg, Kolhapur, Sangli, Satara, etc. The districts of Kolhapur-Sangli that had not yet completely recovered from the floods in 2019 were faced with a similar fate again this time, but with a much higher intensity. In the 24 hours between July 22 and 23, Mahabaleshwar received 594mm rainfall, breaking its previous record of the highest rainfall in a single day.

In the same duration, the Konkan region, along with several western Maharashtra districts also received unprecedented rainfall within just a day or two. Several villages in districts like Akola and Amravati were submerged and had lost contact due to flooding during the same period. In the month of September, districts like Aurangabad, Nanded, Beed, Parbhani in the usually rain-deficit region of Marathwada also caused flooding and loss of lives.

Unlike two years ago, when heavy rainfall in the dam catchment areas and excessive water discharge from some of the major dams in the state had triggered flooding, this year, floods in most of these areas occurred due to surface runoffs from heavy rainfall, even before there was water discharge from dams. But as much as the changes in rainfall are to be blamed for the flash floods, so are the anthropogenic factors.

“Water cycle is pretty simple. Water from the ocean evaporates because of heat, the warm air goes up, condenses back at the higher altitudes and falls on the ground in the form of rainfall. The water then flows back to the ocean through rivers, rivulets, surface runoffs, groundwater, etc. Now while we have almost no control over most of the processes in this cycle, the last one is the one that has been adversely affected due to human intervention,” urban flooding expert Sarang Yadwadkar said.

Encroachments, both in urban as well as rural spaces, over the water bodies has been an important talking point as far as rains are concerned in most parts of the state. “And when we talk about encroachment over the water bodies, we only talk about the encroachment on the floodplains of the rivers, which are of course important. But we tend to forget the groundwater. Underground excavations, soil capping affect groundwater runoff through aquifers, which adds to flooding,” Yadwadkar added.

Why did Maharashtra see so many landslides this year? 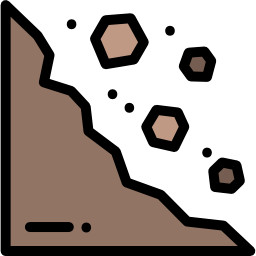 Apart from flash floods, another unprecedented occurrence in the state this year was the increased number of landslides. While some of those took lives, others took homes and livelihoods.

First of all, Maharashtra is a landslide-prone region in itself, says Dr. Jeevan Prakash Kulkarni, a retired scientist from the Indian Institute of Tropical Meteorology (IITM) and and Vice President of Centre for Citizen Science (CCS). “Maharashtra and the Western Ghats lie in a seismic zone. We only know about major earthquakes like the Koyana earthquake in 1965. However, mild tremors occur all the time. They make our state, our region landslide-prone,” Kulkarni added.

This year, the Geological Survey of India identified 225 villages in the state as ‘vulnerable to landslide hazard’. In fact, researchers have pointed out that human activity has pushed more settlements into areas vulnerable to landslides. “It has been seen significantly in regions where large dams were built. When villages submerge due to the construction of dams, people often rehabilitate to higher areas.

When the Koyana dam was built, those who had to leave their villages moved upwards near hills. We saw landslides in villages around Koyana this year. The Malin landslide in the Pune district in 2014 is a similar example. The settlements moved upward near landslide-prone hills after the construction of Dimbhe dam in the region,” a researcher with CCS and Satark weather alert system teams that study weather systems and landslides in the state.

Anthropogenic reasons don’t just come in the form of people moving to disaster-prone areas. A significant number of times, prone areas are created due to human interventions. “We see this majorly in places where roads are constructed by carving hills and blasting dynamite to dig tunnels through them. The blasts make the rocks more susceptible to weathering and eventually more prone to landslides.

We also saw this happening massively during the creation of the Konkan Railway route, wherein hills were blasted for building tunnels for the railway. Mumbai-Pune Expressway was built similarly, and we see the problem of landslides in these areas. The loss of vegetation cover over the hills due to deforestation also leads to erosion, causing more soil and boulders to loosen up and slide down,” Kulkarni added.

However, with all the above-mentioned factors in consideration, the researchers have pointed out that the major reason that has triggered the disastrous occurrences in the state this time is the extreme weather events. “Around 80 percent of the landslides that occurred in Maharashtra this year have been majorly due to natural reasons, some even in areas that have no human presence or intervention whatsoever. Extremely heavy rainfall like we saw this year results in weathering of the basalt. Most of the landslides that occurred this year have been triggered by the intense rainfall,” the researcher from Satark explained.

A recent study titled 'Socio-economic vulnerability to climate change-Index development and mapping for districts in Maharashtra' has stated that 11 out of 36 districts in the state have been found highly vulnerable to extreme weather events, 14 others are moderately vulnerable.

Interestingly, the TERI report in 2014 had projected a rise in the intensity of rainfall over shorter periods of time in Maharashtra. It predicted longer dry spells followed by short but intense spells of rainfall in the state, just about similar to what we saw happening this year.

‘It happened within hours, our homes, our fields, our shops were under water within barely a couple of hours. We were prepared for floods, but we never imagined water taking over so fast’, said people in Kolhapur city as well as surrounding villages, where Indie Journal visited this year after the floods. Similar observations were noted in almost all the areas that were hit by a disaster this year.

“The most viable solution to the climate crisis at the moment is shifting people from the vulnerable areas. Intense rainfall is going to be a regular event in the coming years owing to climate change,” Kulkarni said. He also added that each of these weather events need to be studied so that we could design our developmental policy in accordance with the changing dynamics of the environment. “I won’t say it’s too late yet,” he said.

While the major reports forecasting the climate crisis today through the last decade were mostly ignored. There is hope that the new studies will receive a higher attention. The Indian Government released its first-ever climate change assessment report last year, which pointed out an increase of temperature but over 4 degrees over the Indian subcontinent by the end of this century and a 30 cm rise in sea level around India. The recently released report by the Intergovernmental Panel on Climate Change (IPCC) by the UN also has also warned of increased weather events and wrestling flash floods, droughts, over India and Maharashtra.

The Maharashtra Government announced the setting up of the State Council for Climate Change at the beginning of this month. State Environment Minister Aditya Thackeray announced that the council is expected to prepare an action plan within a month to deal with the challenges of the climate crisis. “The government has realised the seriousness of these extreme weather events now. There is hope that the concerns will help shape policy decisions,” Kulkarni said. So while the ‘Gadgil report’ was rejected for being too ‘environment-friendly’, the researchers, environmentalists and the people whose lives turn upside down every year due to the climate crisis can only hope that the new studies and reports will be taken seriously and implemented this time around at least.