The year that was 2020: Environmental Disasters that shook us

We look back at the most defining moments of the eventful year that was 2020.

As most of us still struggle to understand and believe the severities of an ongoing climate crisis, it becomes excessively critical to look back at some significant climate disasters of 2020. While the following list isn’t exhaustive, it functions as a reminder of what global warming is doing to the Earth and damaging our environment – gradually, and eventually. 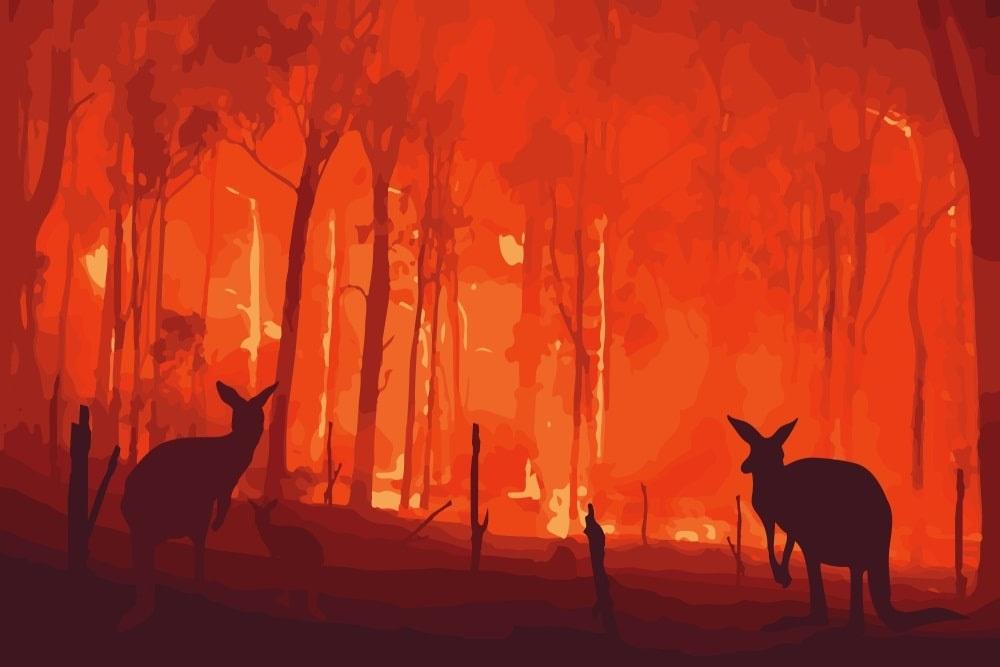 The year began with the blazing bushfires in Australia that endangered human lives and led to the denouement of thousands of plants and animal species in the country’s ecosystem. Eucalyptus trees, which are found abundantly on the west coast of Australia, largely depend on fires to release their seeds, so fires are expected. However, 2019 was the hottest year recorded in Australia, and December was the hottest month of that year – owing to global warming. These pre-existing conditions led to an increase in the temperature of the country, which elicited the early season fires. The bushfires that started in December, survived until February 2020 and destroyed more than 3,000 homes. 30 percent of the koala bears’ habitat has been wiped out, whereas more than 1 billion mammals, reptiles and birds have lost their lives in the fires, according to a study by the University of Sydney.

The sky had turned bright orange in Australia. What followed the fires was a thick cloud of smoke which posed respiratory problems for the people, and affected the quality, and hence quantity, of the natural resources like clean water and air.

In May, Russia’s President Vladimir Putin declared a state of national emergency after almost 20,000 tons of oil spilled into a 7.5-metre stretch of the Arctic river Ambarnaya. The oil spilled from a power plant storage facility in Norilsk, Siberia, which is 2,896 km northeast of Moscow. The second-largest oil spillage - in terms of volume - had turned the river crimson. The river also feeds other lakes and rivers that then flow into the Arctic ocean.

The tank in the Norilsk Nickel owned the power plant that held the diesel fuel and was supported by two pillars which were standing on permafrost. Due to the warming climate, the permafrost began to melt and the pillars started to sink. According to the environmental authorities of Russia, the spillage could take up to five-10 years to be cleaned and will cost more than $1.5 billion. The spillage affected and endangered the Arctic water bodies and the respective wildlife.

Owing to the warming climate, hot winds and lack of humidity in the state, Uttarakhand was engulfed in forest fires in May that consumed almost 51.34 hectares of forest area. The Kumaon region reported 21 forest fires, while the Garhwal region accounted for 16 forest fires. Forest fires are not unknown to Uttarakhand as fire season here typically ranges from February to June where forest waste is burned using rotational burning technique or controlled burning technique. It becomes extremely crucial to burn this forest waste under supervision as such waste is more prone to catch and spread raging fires – and the heatwave and hot winds this year triggered just that. The region was engulfed in blazing fires for several days more until the rains doused them.

4) Locust Swarms in Africa and the Middle East

While climate change is warming the oceans everywhere, it is also triggering more intense downpours that lead to severe storms and cyclones which further lead to a season-overlap. In 2018, Africa endured cyclone Mekunu and cyclone Luban, in May and October respectively. These two cyclones created favourable conditions for the desert locusts to breed three generations. Contrary to their names, desert locusts thrive in areas that have had heavy rainfall which trigger blooms of vegetation across the normally arid regions of Africa and the Middle East. 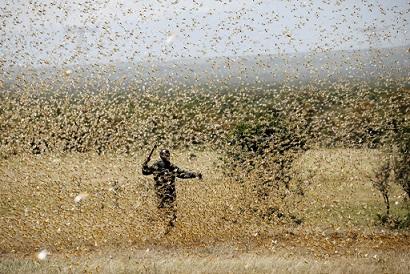 Since the cyclones created extremely suitable conditions for the locusts to breed and survive in, an impending doom initiated by the locust swarm was inevitable. Cyclonic Storm Pawan in December 2019 only aggravated these conditions, whilst the locust kept multiplying in numbers. The swarm attacked most of west Africa, Uganda, the Middle East and neighbouring countries. Consequently, the affected countries reported a heavy loss of crops, pastures and vegetation. According to FAO, over 13 million people in Djibouti, Eritrea, Ethiopia, Kenya and Somalia experienced severe acute food insecurity whereas 20 million others were at a risk for the same.

Cyclone Amphan, the strongest storm on record to hit the Bay of Bengal, wreaked havoc in the Indian Peninsula earlier this year. Increasing levels of global warming have led to an increase in the sea surface temperature that holds the potential to make cyclones more powerful than usual. Moreover, the increasing sea level and rainfall intensity during the storm add to the wind levels of a cyclone. Amphan too was impacted by the same factors as it went from a category I cyclone to category V cyclone within 18 hours.

While more than 125 people lost their lives, almost 2.4 million and 2.5 million were displaced in India and Bangladesh respectively. The renowned Sunderbans, home to the serene mangroves, reported a cumulative biodiversity loss of 28 percent. More than 16,000 trees succumbed to the storm, while 350 species of plants, 450 species of animals including 96 Royal Bengal tigers were threatened with the severity of the storm.

In June, Cyclone Nisarga became the second cyclone to hit the Indian subcontinent within two weeks of Amphan. Such cyclonic storms are very uncommon in the Arabian Sea, and as per experts, the last storm of this intensity to make landfall near Mumbai was in 1891.

Following the 2020 Pacific typhoon season, a collection of floods and landslides hit various countries in south-east Asia that claimed hundreds of lives and displaced millions of others. The phenomenon, now called the 2020 Central Vietnam Floods, was a result of a prolonged seasonal monsoon, which in turn were a result of rising sea temperatures. Numerous tropical cyclones also enhanced these floods which wreaked havoc primarily in Vietnam and larger parts of Cambodia, Laos, Philippines and Malaysia.

The dry forest of Central America that extends from southern Mexico to Panama has been the most vulnerable to climate change in recent years. The areas in this corridor – Guatemala, El Salvador, Nicaragua and Honduras, have suffered prolonged drought conditions owing to the climatic phenomenon of El Niño (a seasonal warming phase of the sea temperature). Due to increasing sea temperatures, El Niño has stayed for almost six months as compared to the usual three months. This has resulted in prolonged droughts in the area which has led to acute water and food scarcity for the millions of people residing here in poverty. Owing to the climate crisis, 2020 has recorded the hottest temperatures in the dry corridor, putting millions of lives at stake.

8) Collapsing Ice Shelf in the Arctic

According to the Canadian Ice Service, an ice shelf that produced 79 sq km of ice island has reduced by 43 percent owing to rising temperatures and increasing sea levels. The ice shelf, located in Ellesmere Island, reported the collapse within the short span of two days. With polar regions warming much faster than anywhere else in the world, the Canadian Arctic is melting at an above-average rate as compared to the satellite records of the last 50 years. Additionally, the last remaining ice shelf in Greenland – Nioghalvfjerdsfjorden, too, lost a large chunk (measuring 110 sq. km.) of its ice due to global warming.

More than 200 environmental disasters triggered by the climate crisis were recorded in 2020, according to BBC. Floods, storms, fires, tornadoes, cyclones, volcanic eruptions, earthquakes, smoke hazes, etc. were seen across the world. These events disrupted hundreds of plants and animal species besides displacing human lives far away from normalcy. The glaciers, permafrost and icecaps continue to melt and rising sea temperatures continue to get the ball rolling for a host of climate change disasters. Yet what’s most striking amid these is that the optics treat the ramifications of this climate crisis as feckless bits of information.