The year that was 2020: Bollywood's tryst with politics

The year stood as a testimony for Bollywood's tryst with politics.

With the chaotic ride that 2020 has been for India, it wouldn’t be wrong to say that the politicians and Bollywood actors are responsible for a fair part of this chaos. Right from the Jawaharlal Nehru University (JNU) attacks of January to the year-long COVID crisis, from the migrant labourers’ plight to Sushant Singh Rajput’s death, from students’ protests to farmers’ protest – everything stands as a testimony for Bollywood’s tryst with the Indian political scenario.

Celebrities enjoy the elevated platform that the audience has provided them passionately. But unlike most of Hollywood, our celebrities tend to not use this platform to speak about issues despite knowing that their voices can reach millions at the same time. But wait, do you remember what happened to Amir Khan when he said that the country has become intolerant? Amir was trolled and even abused by some intolerant people for speaking against intolerance. (!) His films, and to some extent, his career too suffered following this statement. The Tourism Ministry had discontinued Amir’s contract as the brand ambassador for the government’s Incredible India campaign.

This tryst that Bollywood shares with politics is fanned by the devoted supporters of the current ruling party. These supporters will jump on the bandwagon to troll/insult/shame anyone who voices criticism against the government, and then love/follow anyone who supports the government. They are in large numbers and the hatred they spew is amplified consistently. So, it’s understandable when these ‘heroes’ and ‘idols’ don’t gather the courage to use their platforms for speaking about pressing political issues. 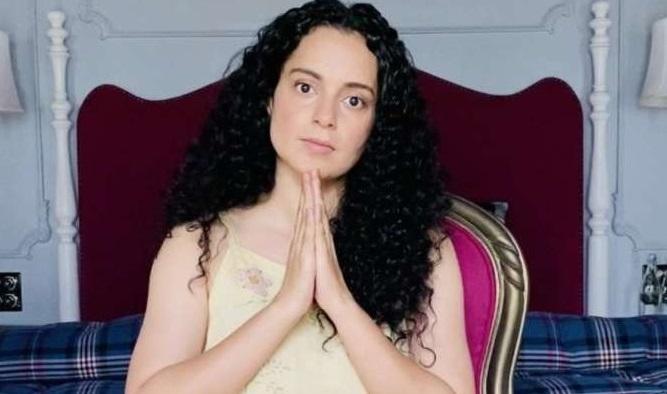 If history has proven anything, it’s that celebrities were more vocal about issues affecting the common man in the UPA regime, as compared to the current government’s regime. If you remember, Amitabh Bachhan, Akshay Kumar and Anupam Kher had tweeted some not-so-funny jokes about the rising petrol prices under the UPA rule. Yet when petrol prices have almost reached Rs 100 today – the highest petrol price recorded in India yet, none of the three actors have spoken up. Though the actors have shown blatant hypocrisy, they can’t be blamed completely as their silence can be attributed to their political relations with the current government – either through their family (Kirron Kher, for example), or through casual conversations about mangoes.

For a political party to keep their hold on the optics, it is convenient and easy to use the second largest influential group in India – Bollywood. Political pawns like Kangana Ranaut, who have no direct relation to the ruling party and who haven’t had much success in their career in recent times, take this political bait. With equal parts of mediocrity and absurdity, they advance the political agendas of the ruling party and flout the morality of some sensitive issues. While some do it for the clout, some allegedly do it for the money. For instance, Cobrapost’s 2019 sting operation that revealed actors like Shakti Kapoor, Sunny Leone, Vivek Oberoi, Mahima Chaudhary, Jackie Shroff, Sonu Sood, etc. were ready to voice political agendas for the general elections in exchange for money.

Those who support the government, or are ready to be political pawns, also enjoy luxuries and waivers. Bharati Singh, who had campaigned for BJP’s Arun Jaitley in Amritsar, was released within 24 hours after the NCB arrested her for possessing 86.5 gms of ganja.

In this tryst, the extremism of political party supporters is so ardent, that anything a celebrity does or says is narrowed down to the political spectrum.  Either they are pro-government, or they are anti-nationals. Attributing political ideologies to celebrities who just try to stand up for the affected sections of the society has become a norm.

When Sonu Sood was helping the migrant labourers reach home, questions were raised as to where he was getting the money from to help so many people. It didn’t take long enough for people to conclude that the BJP must be paying him, so that when he joins BJP later on, he will already have earned people’s love and support for next political campaigns. But that theory went down the drain when Sood vocally supported the protesting farmers in Delhi. This is an apt example of how a celebrity can just use their position to influence the masses without signing up to be a pawn or member of any political party.

And when Deepika Padukone visited JNU to show solidarity with the victims of the brutal attack, she never made any verbal statement. Despite the ambiguity in her visit, she was tagged as an anti-national and a pawn of the liberals, and the success of her film ‘Chhapak’ was affected in this political chaos.

Speaking up only to be insulted

Though Deepika’s visit was quite subtle in nature, there have been actors who have explicitly voiced their opinions against inhuman decisions made by the current government. Swara Bhaskar, who was not only vocal about the atrocities against minorities but also participated in protests, is subjected to regular trolling, insults and slut-shaming on social media. Anurag Kashyap, who ‘dared’ to speak against the government, was handed a sexual abuse case filed against him by Payal Ghosh, who later joined the Republican Party of India (RPI) as the Vice President of its women’s wing. 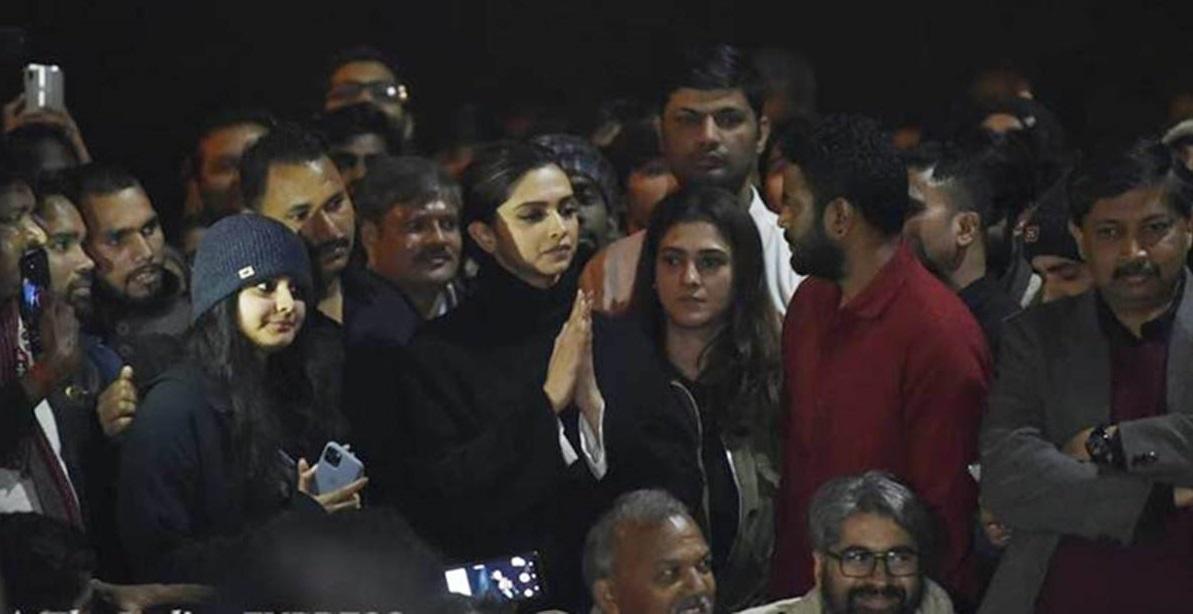 But the most interesting characters of this tryst are the celebrities who refuse to speak up even when the political attacks are more personal and direct in nature towards them. Shah Rukh Khan was quite vocal under the UPA rule about how he is a proud Muslim and how his family follows both Islam and Hinduism proudly. However, his secularism has taken a hit in recent times when Islam is bearing the brunt of right-wing politics. Not a single Khan or an A-lister has spoken about the mob lynching incidents that took our country one step closer towards dehumanisation of an entire community.

When the Hathras event came to light, Bollywood celebrities chose to ignore the orthodox facets of the case. The incident was added into just another pile of rape cases without getting acknowledged for the caste-based violence it was. Contrary to his role in Article 15 where he plays a Brahmin cop fighting caste discrimination, Ayushman Khurana too didn’t call out the casteist tones of this case. Ranveer Singh who plays a badass cop in Singham and fights against the social evils is surprisingly quiet in real life. He says he is “apathetic to politics”.

Moreover, when George Floyd was killed in the USA, Bollywood celebrities made Instagram posts to show solidarity with the black community. But the hypocrisy and selfish motives soon showed when the same celebrities refused to be vocal about the custodial deaths of Jayaraj and Bennicks in Tamil Nadu. And even now, when two Indian states have approved laws for so-called ‘Love Jihad’, the entire Bollywood industry is unabashedly silent. A-list couples like Kareena Kapoor Khan - Saif Ali Khan, Shah Rukh Khan – Gauri Khan, Amir Khan - Kiran Rao refuse to voice their opinions against or in favour (?) of the draconian law. Their silence is deafening.

The selective activism, the silence and the convenience in carefully voicing your opinions so as not to criticise the government and irk its supporters, has paved way for constant political drama. When Sushant Singh Rajput died by suicide in June, Bihar elections were just five months away. The campaigning was not supposed to start for another two-three months, and BJP didn’t have a strong selling point yet. Thus, ensued the suicide-or-murder investigation by the entire country. Rajput’s former girlfriend Rhea Chakraborty became the victim of a prejudiced media trial and witch hunt. She was proclaimed a murderer even before a fair investigation started, and less than half of the Bollywood stood up for her. Shibani Dandekar, a close friend of Chakraborty took to Instagram to express how the media trials are mentally torturing Rhea and are patriarchal in nature. She even posted a photo that said, ‘Roses are Red, Violets are blue, let’s smash the patriarchy, me and you’. Following suit, several other actors reposted the image in solidarity with Rhea, but were subjected to massive social media trolling and impertinence. Opportunists like Kangana Ranaut used Sushant’s death to establish themselves in the political arena and advance the propaganda of the political parties.

The BJP made Sushant’s death a centre point of their election campaign – so much, that politically unaware were voting on the grounds of #JusticeForSushant instead of governance. And as soon as the BJP came to power in Bihar, it seemed like everyone forgot about this issue. News channels suddenly stopped reporting less about Sushant and celebrities-turned-political pawns started talking less about justice for the late actor. Someone’s death was used to extract political agenda for elections and the Bollywood quietly let it happen.

It’s almost as if the activism, morality and heroic attitude are limited to films only. Because in real life, these actors are completely indifferent to what’s happening in India as they party and enjoy until the wee hours of the night.