The Gram Panchayats fighting to keep their schools from closing

Kharola was the first Gram Panchayat to pass a resolution against shutting down their school.

Asha Mapari, Sarpanch of Bori group gram panchayat in Maharashtra’s Washim district worries about what will happen to the future of the children in the village if the only Zilla Parishad (ZP) school they have is shut down. At the moment, 18 students are attending the school.

Since the State education department issued a notification regarding shutting down schools with less than 20 students, around 100 Gram Panchayats in Washim district in Maharashtra have passed resolutions against the government notification. They have determined not to shut down the schools that are the lifelines of their villages.

“Most villages have just one school. The government says that the children at such schools with less than 20 students will be transferred to other nearby schools. Tell me, in remote areas, where there is almost no public transport and no good roads, how will our students travel to another village every day to attend school?” Deepak Khadse, Sarpanch of Kharola Gram Panchayat asks. 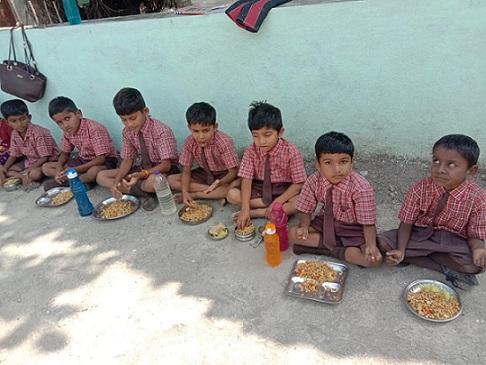 “Many Gram Panchayats in our taluka have a population of just around 200 people. There is usually only one ZP school in the village and many a time, the number of students is barely 20 or even less. But these schools are still very significant for the villagers. If these schools close, many students will be at risk of dropping out, they will be deprived of their basic rights,” Khadse said.

The Right of Children to Free and Compulsory Education (RTE) Act, 2009 does not have any provision for shutting schools with fewer students.

“The act clearly states that children aged between six and 14 years must get free and compulsory education and it is the responsibility of the government to ensure this. There is no way the government can close schools just because the number of students is less. Even if there is one student, the village must have a school,” Gajananrao Dhamane, parent and activist from Zilla Parishad Shala Bachao Samiti said.

Dhamane’s daughter studies at the ZP school in Surkandi Khurd which has 25 students. The school in the adjacent village, Surkandi Budruk, on the other hand, had 18 students and was on the list to get shut.

“As an immediate resort, we brought new admissions to the school that increased the number to 21. But this will not be possible in all villages,” Dhamane added.

“A village school is like medicine over the social ailments in the village. Why does the government want to take that away from us?” questions Jagan Surve, a resident of Chikhli village in Washim taluka who runs a Krushi Kendra in Washim. His wife, Varsha Surve, is the Sarpanch of Chikhali group gram panchayat, which comprises Chikhali, Kamathwada and Waghjali.

Surve adds, “Chikhali is a comparatively larger village, so our school has around 25-30 students. However, Waghjali ZP school has 20 students and the one in Kamathwada has 19. They are barely on the border and we are afraid they will shut down. Our villages do not have good roads. Whatever was there has been further ruined in the rains. It will become very challenging for children to travel to school in another village in this situation.” 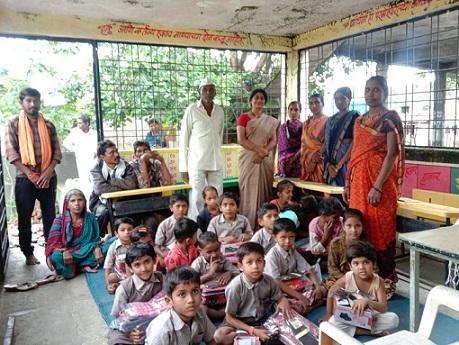 The government decision is being met with resistance from different educationists and organisations. Responding to that, State Education Minister Deepak Kesarkar said while speaking in Pune recently that the government was thinking of starting cluster schools in rural areas where students’ enrolment was low and was looking at appropriation of students in nearby schools.

Maximum people in the villages in Washim are either farmers, farm labourers or daily wage workers who are employed majorly in construction work. Several of the children studying at the village schools are first-generation learners.

“Many of these people do not earn enough to put two meals on the plates of their families every day. It already takes a lot of work to convince many to send their children to schools in the first place. Now if it comes to spending on the travel costs that they will need to incur to send their children to schools in other villages, many might instead choose not to,” Surve adds.

While it might affect all students, the girl students, who already have a higher dropout rate, will be at a greater risk to be deprived of education.

“There are no buses connecting villages in our area. The only way to travel is either by your own private vehicle (which many do not own) or in a share autorickshaw. Many parents will be afraid to send their daughters alone in these rickshaws to other villages. And people on daily wages cannot leave their work to drop their kids to school and pick them up every day,” says Mapari. 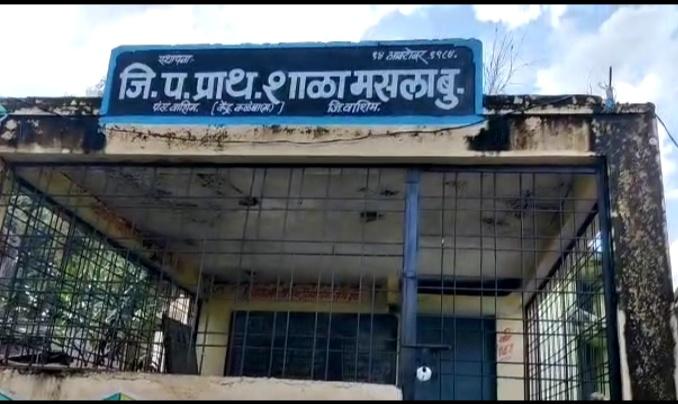 Bori gram panchayat comprises villages Bori and Masla. The village population is 200 and the ZP school here has 18 students.

“Our village is surrounded by nullahs on all sides. During rains, the village is often disconnected from the nearby villages. Should the students just miss school and sit at home during the monsoon?” Mapari questions.

Around 100 schools in Washim have passed resolutions asking the government to review its notification. “We have given the resolutions to the collector as well, who said they will be forwarded to the appropriate authorities,” Khadse said.

Back in 2017, when the BJP-Sena government led by CM Devendra Fadnavis had power in the state, the then-education minister Vinod Tawde had announced the closure of around 1,300 so-called “non-performing” schools that had less than 10 students. Even at the time, the government had stated that it would not shut the schools before transferring the students and teachers there to nearby schools. However, the decision was vehemently opposed by activists, educationists, opposition parties as well as many teachers and parents. Eventually, the government had not gone ahead with the school closure.

“Even then we had passed such resolutions and refused to shut down our schools,” Surve said.

Dhamane says that several well-off people in his village, whose children earlier studied in nearby private schools, came back to ZP schools during the pandemic. “During the COVID lockdown, the financial conditions of many deteriorated and they admitted their students back to ZP schools. This underlines how important these schools are for the development of the village. The government must not shut them down,” he concludes.