Quick Take: Who is scared of the Joker?

Yes, Joker is scary. It is scary based on what location of the society you sit at.

In many a review, the latest entrant in the superhero genre, Joker, is being cautiously praised, with a million disclaimers in tow. But the most common reaction to the film among celebrity critics, was that the film was, 'scary, eerie, edgy' and that it proposed a 'dangerous' idea. While it does have some 'dangerous' consequences, one is pushed to ask, who exactly is scared of the Joker?

The film, while not absolutely perfect or free of loopholes, puts light on the very basic nature of violence. Who perpetrates it, why and how does the society look at it. The film, directed by Todd Phillips, who's earlier venture was a numb comedy like 'The Hangover', surprises you with how raw it is in accepting the other kind of violence that has been normalised in the modern, post-modern society and that is the violence of the system.

Of course one might not turn a blind eye at the brutality and self-focused nature of the Joker's violence, it was surprising to find rare mention of the depiction of the systemic violence this film makes. Austerity measures are pushed, social funding is cut, people are forced to live on bread crumbs and mental illness as the rich watch opera in plush theatres and look down upon the poor as mere 'clowns' who are 'jealous of the fortunate' and if were to keep aside the laziness themselves, would be as rich themselves.

This is the same narrative that the American dream pushed in its booming era. Cars were being sold like hot cakes and so were houses, median incomes were rising and so were the hopes of the middle class. Those who lived in measly conditions were now the new 'members of the society' with all the comforts of life within their grasp.

But as it goes with the growth of capitalism, it reached a plateau with rising monopolies and concentration of wealth and the stagnancy of incomes as compared to the rise in the efficiency of mechanisation and production structures. Wealth became a privilege and so did the basic luxuries that life had to offer in a modern, western household. What does that do to the 'millennials' who were born in these decadent stages of late capitalism?

It pushes them to live in rampant insecurities. Insecure jobs, insecure relationships, insecure housing, education and so on. On the other hand, those fortunate to have had the blessing of capital, focused on merely accumulating more of it. Manufacturing is cutting profits? bring in the robots, taxes eating into the net worth? lobby for easing corporate taxes. The whole system was rigged in order to serve the interest of the fortunate. 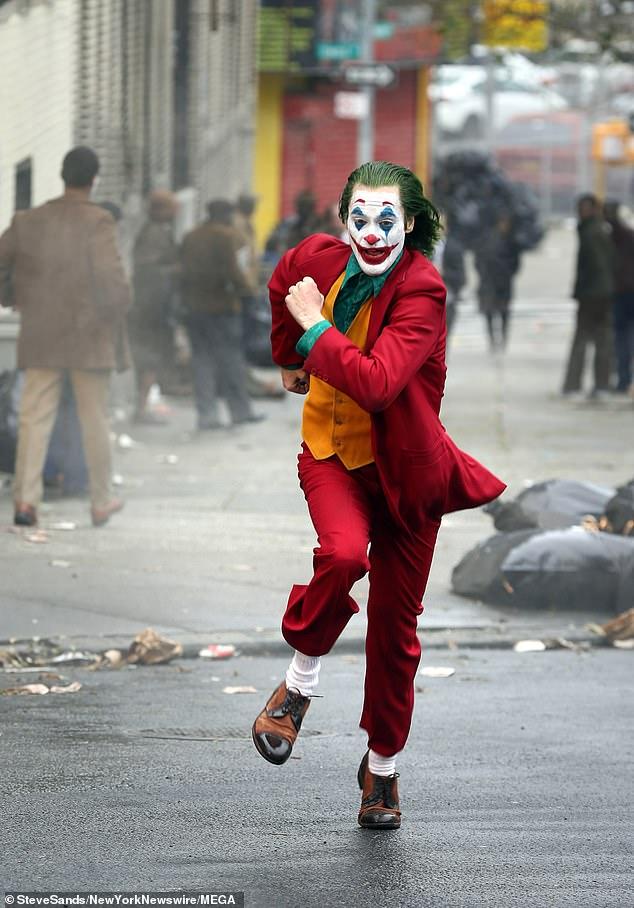 And now we ask, who is really scared of the Joker? The joker alludes to this juncture in the capitalistic society where it is impossible for the underprivileged to live a life, let alone find any dignity in it. The elites deride them, the system pushes them in a corner, they are pushed in a gladiatorial arena of real life society which works on the principle of the power principle where the weak has to succumb to the strong, physical or otherwise.

Joker depicts this dilemma. It asks the question, as evident in one of the lines in the film, what happens when a mentally ill person is pushed in such a social structure? The person, bullied and battered and left with nothing to loose and no reason for any empathy, abandoned by the society which is itself struggling to survive, is a ticking time bomb. Let alone a mentally ill individual, even a person without any such condition will have no choice but to retaliate, either for survival or for vengeance and therein lies the scariness of Joker.

'Those who make peaceful revolution impossible, will make violent revolution inevitable' said J. F Kennedy, one of the presidents of the America that was the hub of this capitalism on steroids. Those who sit today on wealth that they themselves know not what to do of, yet refuse to let go of it, those are the people responsible for whatever consequence is to arise of this condition. Joker depicts just one of them, and if that scares them, then they are better of listening to the change in the winds which is telling them that such animalistic accumulation of wealth will surely give them 'what they deserve'. This is not to say that violence on the rich is to be promoted, but then the violence of the rich perpetrated through a system of hegemony must not be ignored too. Yes, Joker is scary. It is scary based on what location of the society you sit at.