Understand the objections that farmers have raised concerning the three farm reform acts.

When three new farm bills were introduced in the Lok Sabha in early 2020, chaos had already started brewing among the farmers. They were skeptical about the claims that these bills were supposed to benefit them more than harming them, which is why they protested in small numbers across the nation. Yet, the Parliament passed the three bills with a voice vote in September 2020, amidst ruckus and strong opposition in the house. What’s even more striking is that the bill was passed without consulting the farmers’ unions and groups! So what are the questions and doubts that surround these bills?

An amendment to one of the three acts – The Farmers’ Produce Trade and Commerce (Promotion and Facilitation) - was introduced in the Punjab assembly house in October 2020, which was passed with a majority. However, when the central government refused to entertain these amendment provisions, a seed of impending agitation was sowed in Punjab’s agriculture milieu.

A month later, this seed grew into full-fledged protests which primarily started from Punjab but gradually garnered support from farmers and other communities across the nation. Responding to the ‘Delhi Chalo’ call, thousands of protesters along with the Bharatiya Kisan Union started marching towards Delhi on 26th November in an attempt to block the national capital borders. This march was accompanied by a 24-hour strike of almost 250 million people from all over the country, ANI had reported.

Intensifying protests against the three farm laws continue across the nation with farmers enduring lathi charges, water cannons, detentions and chilly winters of Delhi.  The farmers’ unions believe that the controversial laws will make the farming sector more corporate-friendly, thus weakening the hold of farmers on their farm produce. Their only demand is that the central government should repeal the three farm laws.

To understand the reason behind farmers’ dissent, it is crucial to know the Agricultural Produce Market Committee (APMC) Act and its history. Earlier, traders used to exploit the farmers who didn’t have any means of taking their farm produce to the market directly. Hence, there was a hike in the prices of the farm produce.

The government, to regulate the exchange and prices of the farm produce, introduced the APMC act wherein designated areas like mandis or market yards were provided to the farmers and traders to sell and buy the farm produce. Any trader who wished to purchase goods from the farmer would have to register under the APMC and acquire a Direct Marketing License (DML).

The government also introduced the MSP (minimum selling price) system under which a farmer could sell his produce for no less than the MSP. Once the traders purchased goods from the farmers, any leftover goods would be then purchased by the government at MSP, thus guaranteeing an incentive to the farmers to continue cultivation.

With the Farmers’ Produce Trade and Commerce (Promotion and Facilitation) Bill, 2020, farmers will be allowed to sell their products beyond the walls of the APMCs - not only in the state that the produce was cultivated in but also the other states. It means that the farm produce can be sold to aggregators, corporates, entrepreneurs, and private companies too like Reliance Fresh, Big Bazaar, etc.

According to this law, no tax or cess will be levied on transactions done outside the APMCs, meaning more private companies will avoid APMC areas to avoid taxes. Thus, when farmers gradually move out of the mandi system to sell their produce at higher prices to the private companies, mandis will eventually shut down – and so will the MSPs.

In such a scenario, it wouldn’t take too long for the private companies and entrepreneurs to develop a stronghold on the pricing system. Thus, the farming sector will be privatised, corporatized, and hence, compromised. The private companies will exploit the farmers financially, taking them back to where it all began.

This law is one of the reasons behind the farmers' protest as they believe that a lack of regulation on trade, unlike the APMC act and MSP, will benefit the corporates only, and not the farmers.

According to a research survey, more than 85 percent of the farmers across the nation weren’t able to sell their produce from one state to another. So, a provision in this law, which allows the farmers to practice inter-state and intra-state trade, seems like a cover-up for the bland benefits farmers will enjoy. Moreover, another question put forward by the protesting farmers is that why would traders and private companies approach the small farmers, who have land less than 5 hectares and comprise 86 percent of total farmers in India? They can get their produce from one huge farm to maintain consistency in quality too. Thus, the law seems to be an opportunity that is out of reach for the small farmers.

Since APMCs are regulated by the state government, the states shall lose revenue too as they won’t be able to collect ‘mandi fees’ if more and more farmers start selling their produce outside APMCs. Additionally, the mandi system had ‘commission agents’ who would supply the farm produce from farmers to traders. While they acted as a middleman, this was a source of income for them, and there’s a lack of clarity about what will happen to their employment status. 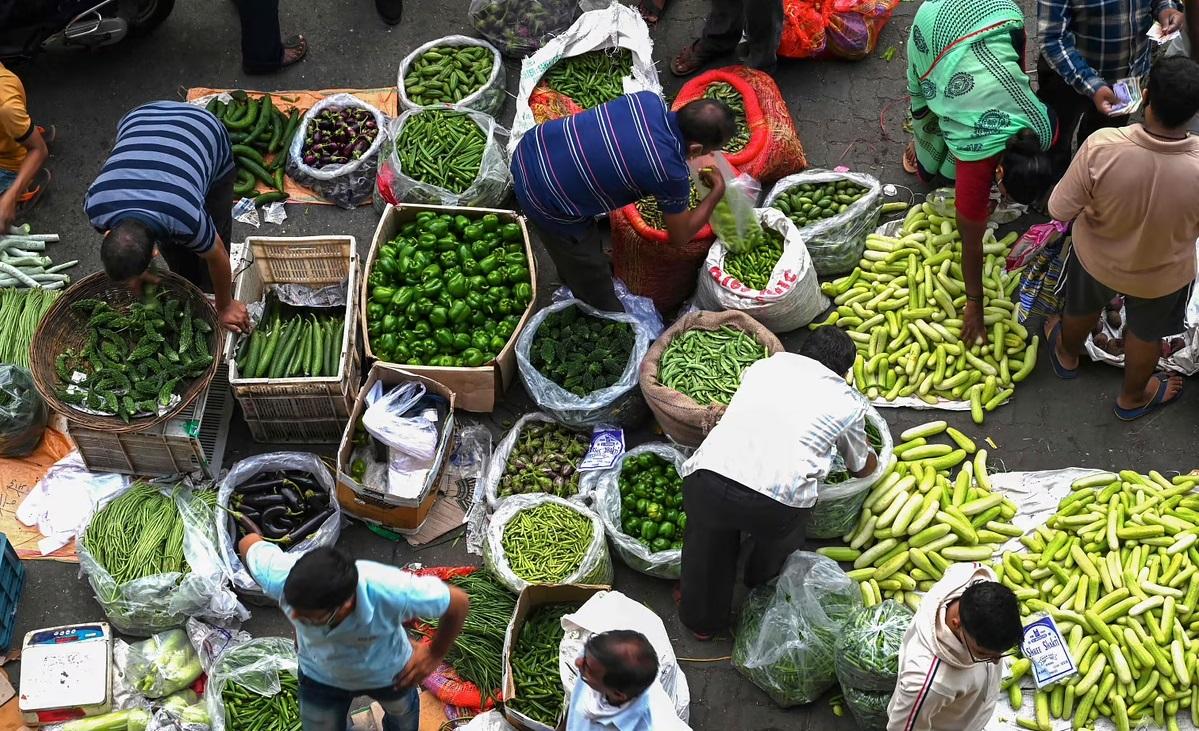 Objection 3: No legal remedy available in cases of conflict

The other bill, The Farmers (Empowerment And Protection) Agreement On Price Assurance And Farm Services Bill, adds to the scepticism as it presages a legal trap that farmers might get themselves into. According to this law, farmers can enter into a contract with agribusiness farms, processors, wholesalers, exporters, large retailers, aggregators, for sale of farm produce. The contract can be signed by both parties even before the cultivation begins. The act also says that the risk of market unpredictability transfers from farmers to sponsors, which is a positive sign for the farmers.

However, needless to say, the less educated farmers will be dealing with big and rich traders based on a contract that will be loaded with legal jargons. The farmers are the weaker players in this picture who cannot negotiate with the big companies, nor can they comprehensively understand what the contract says.

If there’s a situation where the private company cancels the contract or pays less to the farmers on account of violating some rule in the contract - that the farmer may have overlooked or didn’t understand at all - it is indeed a legal mess for the farmer. Not only will the farmer be stuck with the product being cultivated for the contract, but he will also have to focus on the legal aspect and ensuing financial burden.

The farmers have a right to seek redressal by approaching the Sub Divisional Magistrate who shall be the Sub-Divisional Authority for deciding the disputes under farming agreements. The farmers fear that the rich and big companies will have an edge over the decision-making process in all disputes, thus proving the authority of the SDM futile.

Under the Essential Commodities (Amendment) Act, commodities like cereals, pulses, oilseeds, onions, potatoes have been removed from the list of essential commodities.

It means there won’t be any impositions on stockholding these goods, except under extraordinary situations like war or pandemics. The act also promises to bring investment for the farmers to have infrastructure facilities like cold storages. With this amendment, the government is sure that it would help the consumers and the farmers by bringing price stability.

Objection 5: No guarantee of MSP from the private markets

Agriculture minister Narendra Singh, like several other BJP ministers, has stated that MSP mechanism will continue and the farm reform laws won’t infringe on the existing state APMC laws. The government has also assured the farmers that the three laws will only increase competition and attract private investment, which can then be used in the development of the farming infrastructure and to generate employment.

It is precisely this growing private investment that has irked the farmers. Several farmers’ leaders have expressed their concern saying the government is only showing the benefits of the laws and not the potential harm that it will do to the farmers.

Thus, certain clauses of the three laws that are supplementary to each other, bear a higher potential of corporatising the agricultural sector, which will exploit the farmers financially.

September onward, farmers in Punjab and Haryana, joined by their counterparts in other parts of the country, have been protesting against these laws. The peaceful protest of the farmers who started their ‘Dilli Chalo’ march on the Constitution Day to take the agitation to the National Capital, were met with an aggressive response from the government machinery, as water canons, tear gas was used against the farmers, and trenches were dug on the highway to stop them from entering Delhi.

The farmers have held siege at three of Delhi’s borders for the past few days, and the protest has been supported by several trade, transport, student and other unions. On December 8th, the farmers called for a Bharat Bandh, and the unions, opposition political parties as well as citizens participated in the Bandh. While five rounds of talks between the farmers and the Central Government have failed, the next round is scheduled on Wednesday, December 9. While the Central Government said that it is ready to make some amendments in the laws, the farmers have clearly stated that the protests would continue until the laws are repealed.