Petro's victory marks an ongoing shift of South American Politics to the left.

Oliviya Kunjumon | Former Bogota Mayor and ex-rebel fighter Gustavo Petro was sworn in as Colombia’s President on Sunday, August 8, 2022. He was elected as the country's first leftist president in the Presidential election held on June 19 this year, beating conservative parties. Petro secured 50.5 percent of the vote in the second round-off, defeating real estate millionaire Rodolfo Hernandez, an independent candidate who railed against corruption.

He is Colombia's first-ever Left-wing leader, with a running mate, Francia Marquez, who will become the first black Vice-President. Petro's victory marks an ongoing shift of South American Politics to the left, underlining leftist leaders securing victories in Peru last July and in Chile and Honduras this year, the phenomenon referred to as the new Pink Tide in Latin America.

Who is Gustavo Petro?

Gustavo Petro, 62, was a former member and part of the M-19, an urban guerrilla group that sought to seize power through violence to promote social justice. M-19 was an urban military group formed by university students, activists and artists who wanted to topple a governing system that they believed had failed to bridge a chronic divide between the rich and the poor. It was originally set up in response to alleged fraud in Colombia’s 1970 election. Petro joined the group when he was 17 and an economic student, motivated by the poverty which he witnessed in the town where he lived, outside Bogota, the Capital.

The M-19 was less brutal than other rebel groups like the Revolutionary Armed Forces of Colombia or FARC. It did organise what is considered one of the bloodiest acts in the country’s history: the 1985 siege of Colombia’s national judicial building that led to a battle between the police and the military, leaving 94 people dead. The group also stole 5,000 weapons from the Colombian military and used the military as a tactical to try to wrest concession from the government. He was with the organisation for 10 years and spent more than a year in prison because of his involvement with it. He also spoke of the torture by the authorities during his time behind the bars. 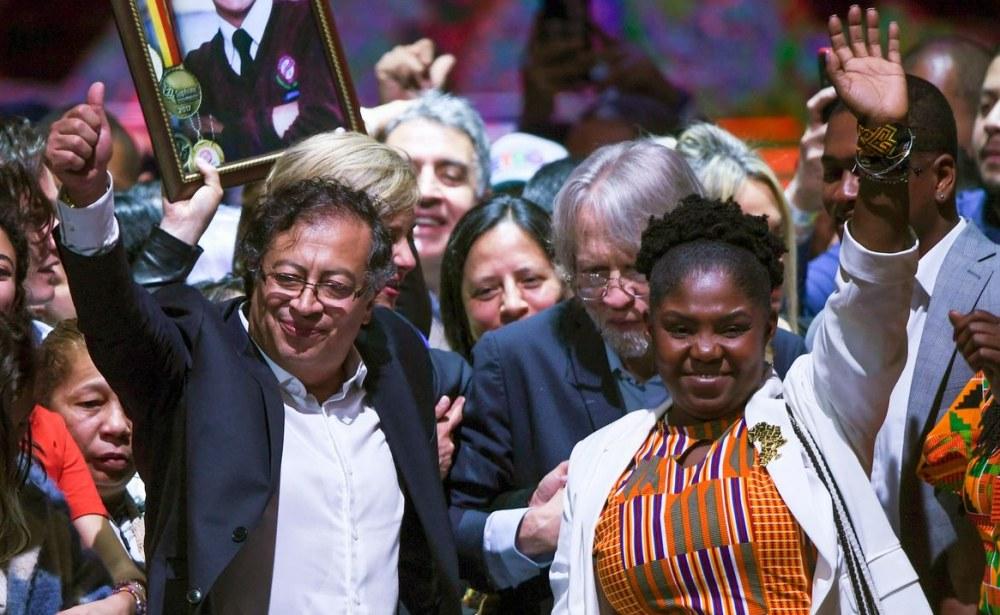 The group eventually demobilised in 1990, in what was considered one of the most successful peace processes in the country’s long history of conflict. It turned into a political party that helped rewrite the country’s constitution to focus more on equality and human rights.

After Petro’s release from prison, he ran for Senate as a member of the party, launching his political career.

Petro is often hailed as a self-styled revolutionary warrior for the marginalised - black and Indigenous people, the poor and the young. He has vowed to fight inequality in the country as he swore in on Sunday.

He entered Colombia’s political scene in the early 1990s when his rebel organisation made a peace deal with Colombia’s government and participated in drafting a new constitution. Regardless of his early revolutionary actions, the President-elect has spent many years in Colombia’s Parliament, having served in the lower house, the Chamber of Representatives, from 1991-1994 and then from 1998-2006, before entering the Senate where he served until 2010, and then again from 2018 onward.

Petro gained national recognition as a congressman in 2006, when he investigated conservative legislators with ties to paramilitary groups and revealed evidence of their crimes on nationally televised debates. In between, Petro was Mayor of the capital city of Bogota, Colombia’s second-most powerful post after the presidency, from 2012-2015. He led efforts to reduce bus fares and wrestle the city’s trash collection system from private contractors that cost the city millions of dollars. Some of his ideas, like mobile health care units in poor neighbourhoods, proved successful, but his administration was also marked by large numbers of unexecuted projects and frequent clashes with technical advisers and members of his own cabinet.

Facing numerous death threats, he has run for Columbia’s presidency twice. The presidential elections of 2022 marked Petro’s third attempt at winning the presidency. He was defeated by Duque Márquez in 2018. This time, both presidential candidates, Petro and Rodolfo Hernández, had pegged themselves as anti-establishment fighters against the monopoly of the ruling political class.

Petro’s third attempt to win the presidency earned him 50.48 percent of the votes while political outsider Rodolfo Hernandez got 47.26 percent, according to the results released by election authorities.

For most of the 20th century, political power in Colombia involved power-sharing deals between right-wing and centre-right parties. Meanwhile, left-wing parties were tarnished by association with the many rebel groups fighting against the Colombian state. Decades of vicious civil war between guerrillas, state forces and their paramilitary allies killed more than 2,60,000 people and displaced around 70 lakh.

When the country’s main guerrilla army – the Revolutionary Armed Forces of Colombia (Farc) – laid down its weapons after a 2016 peace deal, many hoped that the deal would finally open up a space for non-violent progressive activists.

But the peace process remains fragile. The government has been accused of failing to make good on promises to demobilise fighters and violence continues to haunt the countryside, where dissident factions who ignored the peace deal continue to battle with drug militias and the army. This year alone, around 80 local activists and social leaders have been murdered. 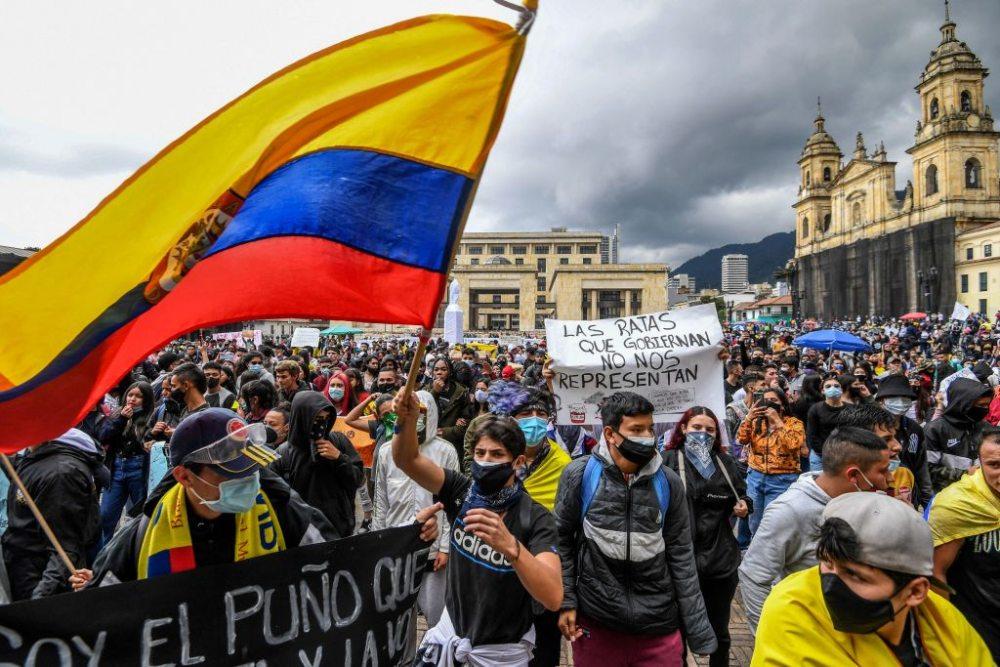 Petro has promised to resume peace talks with another guerrilla group, the National Liberation Army, that were suspended during Duque’s administration and he also proposed a peace deal with the Gulf Clan drug trafficking group that would involve reduced sentences in exchange for telling the truth about their crimes and reparations for their victims.

Petro’s victory is seen as a significant departure from the country's conservative establishment. He campaigned on promises of inclusion and addressing inequality - values that are sure to resonate in a country where nearly half the population lives in poverty. He pledged to increase taxes on unproductive land and introduce free university education. Petro has suggested he could change the way Colombia fights the war on drugs, moving away from the security-focused policies of his predecessors. He has also positioned himself as a green candidate, pledging to freeze new oil and gas projects and to provide more security for campaigners.

Petro’s win in Latin America’s third most populous nation puts an end to Colombia’s long stigmatisation of the left for its perceived association with the country’s half-century of armed conflict.

In his speech after getting elected around two months ago, Petro said, “From this government that is beginning there will never be political persecution or legal persecution, there will only be respect and dialogue, he said, adding that he will listen to those who have raised arms as well as to “that silent majority of peasants, indigenous people, women and youth.”