As real as it can get

During one of the scenes of the film, Marchesa (one of the characters) utters about those who work under her, “I exploit them, they exploit someone else further”, she claims something along the same lines without a blink of an eye. A scornful remark comes off almost innately. A supposedly ruling class such as hers often have a way to justify their cruel intentions. What she says, although, isn’t a complete lie either. Dog-eat-dog has been a way of surviving from a while, for thinking beings like us. It is almost regularized to have been used as an excuse to justify one’s behavior, even by the ‘normal’ folks like us or the ones around us.

In an environment such as this, someone like Lazzaro who always has a wishful smile on his face feels strange. Someone as naive as him would be treated unkindly if they're of no use. No matter how people take advantage of him, his smile never fades away. A sane person like him is destined to be considered a saint. Lazzaro, derived by Lazarus himself, was inevitably perceived like god-like persona by some. For most of the folks, he is an utter fool. A poor soul like him doesn’t understand the ways of our world after all.

The film begins with a scene where a group of young men were gathered around a house, to greet someone from inside and ask for a marriage proposal. All of them were beguiling those women with the sound of bagpipes, in the middle of the night. Eventually, they get an entry and their gathering was blooming towards the couple’s engagement. Somewhere behind these figures, Lazzaro was standing, trying to get a glance in that tiny room. Even there, he’s perceived like a fool who was there only for the chores he’s asked to do. His ghostlike presence is felt from the beginning. He was almost like an artifact to be ridiculed. 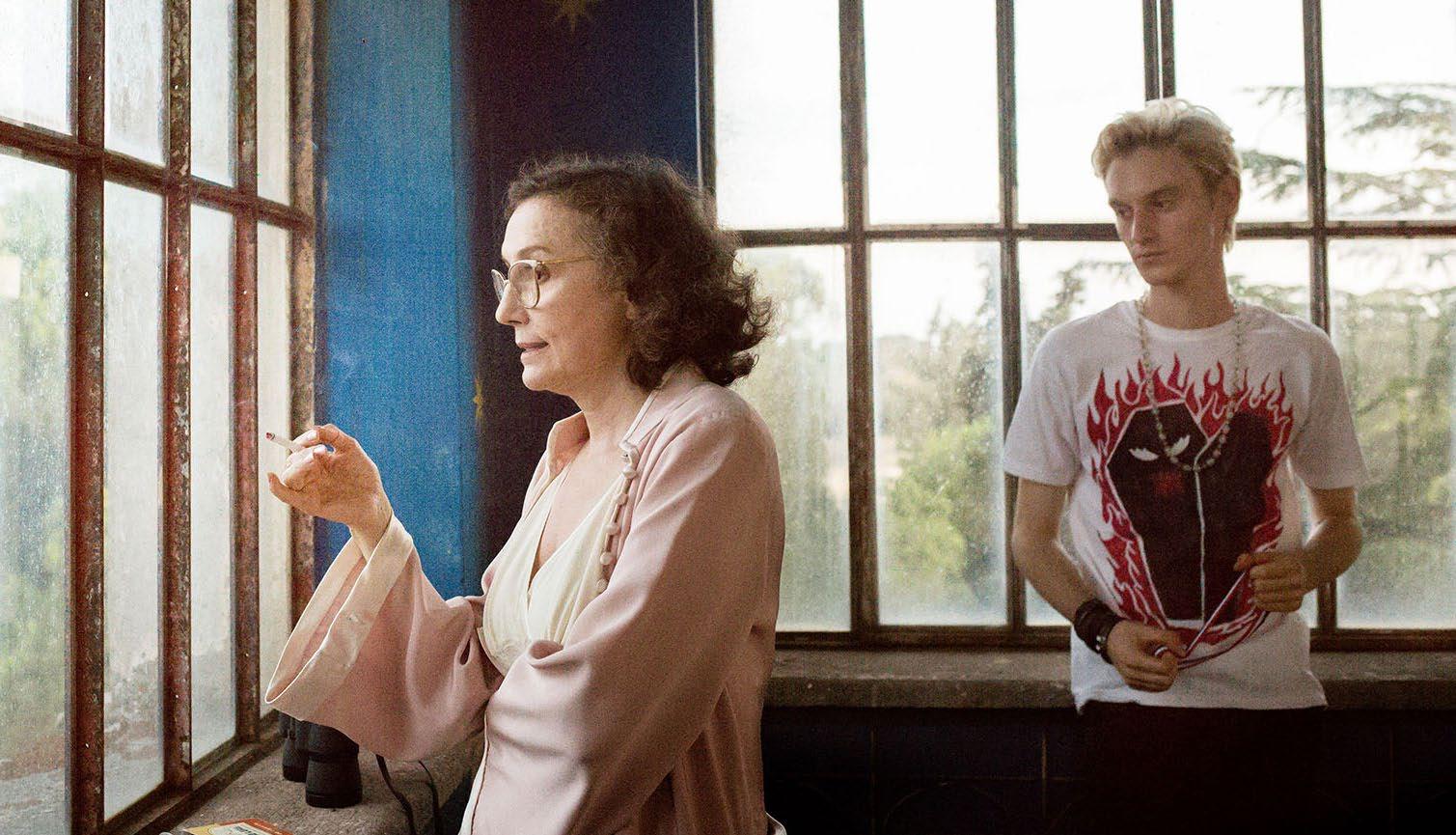 Their town was shown to be under the influence of a wealthy family. All of the residents worked hard, sharecropping, in return for which; they were provided with food and shelter. Although, no matter how hard they worked, none of their efforts were worth ever to fulfill the debt they supposedly were under. The family conditioned them not to have any better ambition or looking beyond the pursuit they were told to. Even the girls from the town were taught about the god-fearing nature of religion from their very birth. Ironically, their town was named Invioleta (Inviolate) meaning ‘pure’.

The scenic beauty from the earlier frames gives an illusion that the film belongs to an older era. It feels like it belongs to a part of history, where their exploitation was natural taking the course of time in mind. The often seen radios and phones break this illusion, but nothing seems clear until a police investigation arises in the town. All the villagers were made to understand their basic rights and are taken out of that pit-hole, where servitude was the way shoved down their throats, for generations.

Meanwhile, Lazzaro spews friendly relations with Tancredi, a rich brat who was solely using him for his own benefit. That’s why he befriended Lazzaro in the first place. His master-plan was to fake his own kidnapping and ask for a ransom to his mother, Marchesa. Deceiving others was in their blood in a way. Despite that, this was something special for Lazzaro, where he believed to be a half-brother of this crook. Their story takes many turns where it unfolds in a more allegorical way.

The funny part about the film is how it literally plays out the mystical parts that are being talked about. A fox coming in search of a saint where his nature doesn’t change despite the innumerable shifts around him, the music coming after him ignoring all the prejudices, his never-changing persona in an ever-changing world; everything is projected and literally shown to us. It blends this magic realism with the realistic portrayal so seamlessly, that his sweet intentions seem to be coming from makers who are compassionate about the character. The allegories are on a much broader level, commenting on the world we’re living in. Exploiters are creating a mockery of it while the sane are living with the consequences of their honest intentions.