Exclusive: 140 butterflies from Matheran hills get catalogued in colour-coding

More than 22000 butterfly observations were made during this study.

Around 140 butterfly species of Matheran have found a colour-coded data representation in a latest scientific paper published in the community peer-reviewed ‘Biodiversity Data Journal’. The research paper is an outcome of eight years of fieldwork by scientist Mandar Sawant and his colleague from Bombay Natural History Society (BNHS) Dr Nikhil Modak and a student at Somaiya Vidya Vihar University Sagar Sarang in the forests of Matheran.

“In May 1894, British researcher JA Betham had surveyed the hills of Matheran for its butterfly diversity, and he had reported 78 butterfly species back then. While work was done towards the conservation of butterflies in the meanwhile, for the past 125 years, no data was published,” Sawant said while talking to Indie Journal.

“I began visiting Matheran, which was close to home since 2011 to observe and photograph butterflies. As I observed more species, I began reading and studying these creatures more. However, we never thought that somewhere in future we will be working on this data so as to give it a form of a research paper,” Sawant added.

According to a statement released by the BNHS, around 140 butterfly species and more than 22000 butterfly observations were made during this study from 2011 to 2019. Titled 'Finding the forgotten gems: Revisiting the butterflies of Matheran after 125 years, with the introduction to the novel colour barcode for depicting seasons and activity of the Indian butterflies', this was the first of a kind authentic work ever done to describe the butterfly fauna of Matheran hill station. 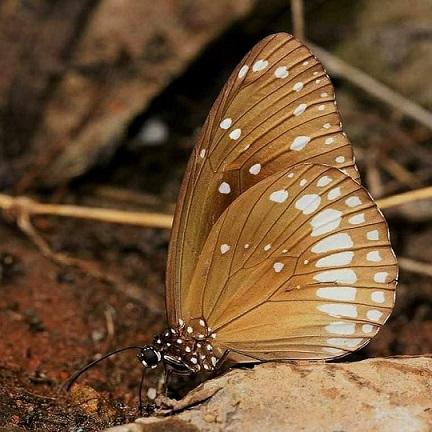 Use of colour bar-coding

The introduction of the Colour Bar-Coding system makes it easier and presentable for readers to understand the butterflies effectively. The scientists have recommended the use of colour coding while uploading records on open databases which will help in conveying information regarding the seasons and activities of butterflies.

“This data representation will also help in conservation programmes. We have more effective evidence to advocate for the conservation of the forest of Matheran if at all any developmental project is to come there in future,” Sawant added.

“We found 22,833 observations, which is a huge number. It only shows the rich flora of Matheran, which signifies the need to protect the forest area,” Sawant said.

However, he added that the increasing tourist activity and the subsequent infrastructural interference has already begun to show an impact on the biodiversity of the region. Sawant said, “The tourist activity was much lower in 2011 when I started, as compared to post-2015. Now the pressure of tourism in the region is tremendous. This has led to garbage generation. Also, the Karvi (wild shrub) growth in Matheran that was home to many species of butterflies and others has also dwindled in the creation of paths, fences and other infrastructure.”