The 500-year-old lake is among the seven World Heritage Irrigation sites in India.

Environmentalists and locals raised an alarm after brackish water and dead fish were sighted at the Dhamapur Lake in Maharashtra’s Sindhudurg district for the last two-three days. The Sindhudurg Wetland Brief Documentation Committee reported the incident. While the exact reason behind this is unclear, researchers point out that the condition reflects government apathy and lack of conservation in this biodiversity-rich water body, which is also the only World Heritage Irrigation site in the state of Maharashtra and Goa. India has only seven such sites. Researchers now expect a detailed investigation of the incident by the Government.

“Dhamapur lake is 500 years old. But never before has there been any such instance of dead fish or deteriorated water quality reported here. Even in the 70s, when Maharashtra saw one of its worst droughts, the Kalase-Dhamapur region was not affected. Of course, the increase in temperature is instrumental in what happened, but more than that, the adverse effect on the quality of lake water due to lack of conservation cannot be ignored,” says researcher Sachin Desai, the co-founder of the Samyantak University of Life, that works for the conservation of Dhamapur lake.

Dhamapur Lake is a manmade lake built in the year 1503. It supplied water to the residential area up to around eight to 10 km, for drinking as well as irrigation purposes.

“In 2018, Sindhudurg Wetland Brief Documentation Committee had reported 12 violations at Dhamapur lake in the wetland brief documentation. The government has not taken any action over any of these violations. In fact, a couple of these violations have been carried out by government departments. It was only a matter of time before these would start affecting the health of the lake,” Desai said. He was also part of the committee for wetland brief documentation. 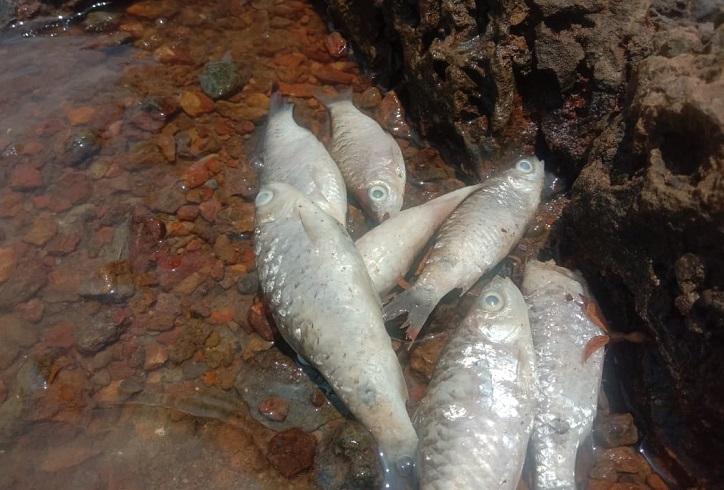 Dhamapur Lake Wetland is mapped on the 100 wetlands selected by the Union Ministry of Environment, Forestry and Climate Change (MoEF&CC) for conservation. A rapid survey of the area around Dhamapur Lake, was conducted in 2020, during the Dragonfly SouthAsia meet. The researchers had documented 61 odonates, 51 butterflies, 17 species of amphibians and reptiles, 90 birds and four mammals, just in the four days of the survey.

The activists and researchers have been fighting for the conservation of the lake on the judicial front. But despite getting court orders for rectifying violations, Desai says that the government has taken no action in this regard.

“The Bombay High Court as well as the Supreme Court have given clear orders for the conservation of lake and restoration of damage pertaining to the violations pointed out in the wetland brief documentation. But no coercive actions have been taken by the Sindhudurg Administration to date. Even the documentation of the wetland was carried out in 2018 on orders of the Bombay HC,” Desai said.

Of the 12 violations, Desai said that two have been made by the government itself. “The government had built a skywalk supposedly for the beautification of the lake. It was the only violation was demolished, that too after the National Green Tribunal (NGT) issued a bailable warrant against the District Collector. The NGT in its interim order also asked the Public Works Department (PWD) to pay Rs 1.5 crore to the Maharashtra State Biodiversity Board for the conservation of Lake biodiversity. But the PWD flouted the said order, therefore the NGT rendered PWD liable for contempt and asked the District Collector to seal PWD's bank account. Yet, to date, the amount has not been paid,” he added. 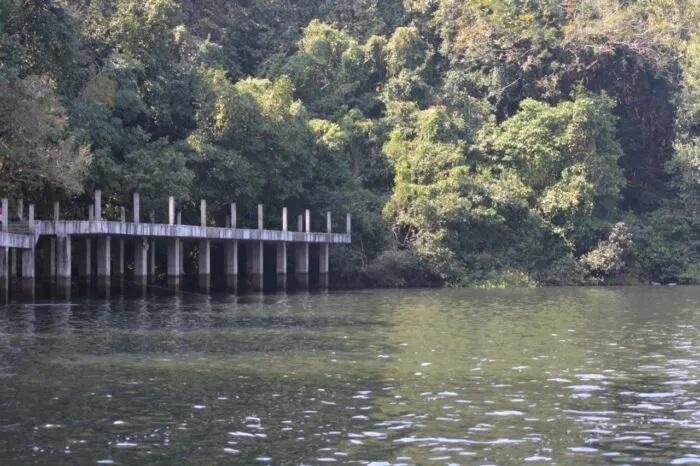 He also said that the Agriculture Department built a concrete well over the lake destroying the traditional well that existed there. “Moreover, no one has been paying attention to the houses being built in the lake area, reclamation of the water body, Ganesh immersion that deposits tonnes of Shadu clay in the lake every year. Water is also being pumped excessively and supplied to sugarcane farms as well as Malvan city,” Desai adds.

The Sindhudurg Wetland Brief Documentation Committee has written to the State Government asking it to take immediate action to restore the conservation efforts for the lake. To avoid such anaerobic conditions in the future, they have also requested banning polluting activities like washing of clothes/utensils, bathing, immersion of crematorium ash and immersion of idols in the Dhamapur Lake Wetland, along with rectification of other violations.