Macron's liberalism is the opposite of class emancipation.

“Patriotism is the exact opposite of nationalism. Nationalism is a betrayal of patriotism.”

This is the message Macron gave to American President Donald Trump on the 100 years remembrance of the end of the First World War. Let us come to this point later because it’s important to first decode the First World War. Which I believe, has a relevance in the current scenario.

Many people have written and discussed the fuel price hike in France and the subsequent protests that erupted in the country. The protests propelled serious discussions, especially among many scholars and journalist, on the ‘Yellow vests’ (‘Gilets jaunes’ in French). I would like to point out the misinterpretation my many ‘liberal’ of Macron’s electoral victory and his economic reforms thereon, in the context of which all the protests that have taken in his term of Presidency, till now, must be analysed

In the context of the ‘Yellow Vests’ protest, let’s investigate the reports of some of the US-based media houses- The Economist report says “Macron strode into power with a mandate to reform France and policy U-turns look as weak as all his recent Predecessors”; One of The Times reports argues that Macron has increased the fuel price “To support, financially, the renewable energy proposal”.

In a December 9, 2018 report, again, the same daily suggests -“The french left and right unite on the barricades in Paris”, with a clear intention of misdirecting the readers. This news coverage portrays Macron as someone who wanted to reform the French economy and has been mandated to implement these reforms, which are now being blocked by the far-right and the far-left. These reports make the message these media houses want to convey seemingly clear.

In my previous article on Indie Journal, I argued that the mandate to Emmanuel Macron in 2017 was not for his pro-market reform, but against the far-right candidate, Marine Le Pen. We need to go back a little more than a year to readmit that the 2017 French Presidential election was one of the most unenthusiastic election which set a record for all the wrong reasons. ‘Out of 47 million registered voters, 11 million voters did not turn up for voting. This is a mighty number, higher than the number of votes cast in favour of Le Pen. Also, 3 million voters, making up 8 percent of the electorate, had left blank papers.  Adding to that, around 1 million, that is 3 percent of the voters, had deliberately spoiled their ballot papers’.

Within a year in the office, Macron earned the tagline of being the ‘President for the rich’ due to his pro-rich policies of reducing the tax on the rich and increase the tax on poor, in order ‘to fight the climate change’. Macron has eventually come to represent the establishment rather than representing something new which the French have been longing for. Last year, he went after the French railway sector and railway workers by wanting to privatize the sector according to the EU rules. He changed the labour laws, helping corporations in the country to easily hire and fire workers without much interference from the trade unions.

This move clearly exposed the vulnerability of the French working class. The ‘Yellow Vests’ protest, unlike how many media houses try to portray it,  has not only been based in Paris but has evolved into a gaining national character. Even while protests have taken place in most of the urban and semi-urban areas, the countryside population very much participated in the protest thus giving it a truly nationwide rather than one city based character. 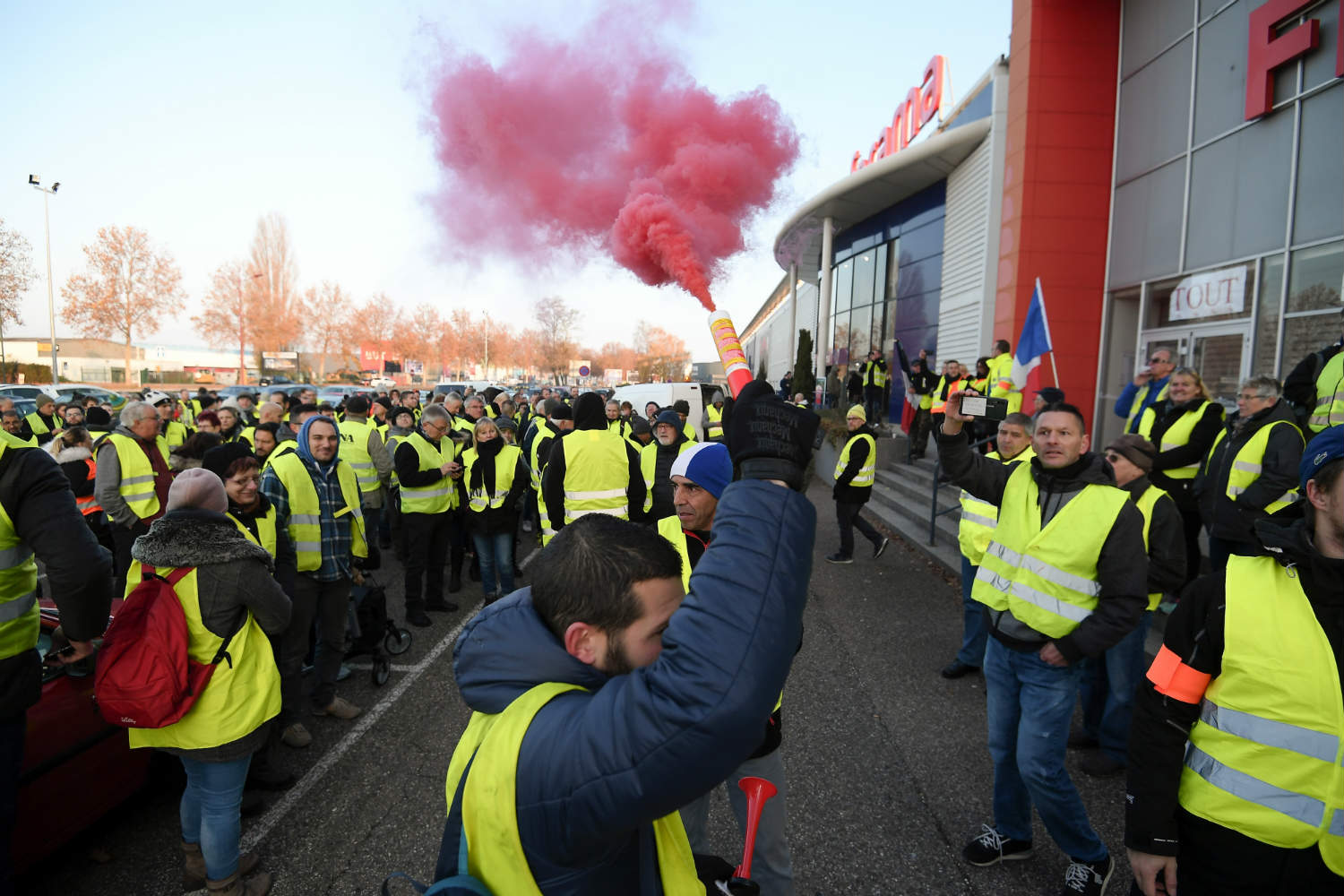 The phrase ‘Progressive Neoliberalism’ has been used by the famous political scientist Prof. Nancy Fraser. She explains in her recent interview that, “It (neoliberalism) has enabled neo-liberalism to present itself as a cosmopolitan, emancipatory, forward-looking, and morally advanced—all in contrast to the seemingly parochial, backward, and benighted working classes.”

Emmanuel Macron’s way of conducting politics rightly fits this description made by Prof. Fraser. He gives speeches about liberty, nationalism, believes in Global Warming, wants to ‘reform’ the rigidity of the French labour market. Macron is but the new poster boy for neoliberalism. From Macron perspective, the French working culture and a labour union is the source of every problem in the economy of the country.

This is reflected in his many controversial speeches, even the ones that he delivered before taking office. In 2014, he faced criticism for calling GAD workers as ‘illiterate’ and in September last year, when trade unions decided to stage a strike against the new labour reforms, he called the striking workers ‘Slackers and cynics’. This statement not only undermines the protesters but also reflects Macron’s dislikeness for trade unions.

Macron, like many other neoliberals, wanted the poor to take the burden of saving the world. Thus, he slashed taxes for the rich and increased tax on diesel. His move to try to arm-twist the lower middle class and middle-class households into shifting to less polluting cars by announcing “super prime bonus” of 4000 Euros for less polluting cars, became a perfect Marie Antoinette moment for Macron. It must be kept in mind that all this is taking place in the context of France facing a major unemployment problem (The current unemployment rate of France is 10 percent, which is much higher compared to other developed EU countries).

Macron, either is genuinely ignorant about the facts of the country that there are many lower class people and people living in the countryside who cannot afford to buy a new expensive car, or have sincerely worked towards ignoring the facts.

Recent times bear witness to the rise of the Far –Right political parties across the world. In many places, they are successfully capturing the state power through the election- be it in the US, India, Austria, Hungary or the recent addition to this long list being Brazil. To overcome these developments, the neoliberals choose to be aided by big corporate media houses, who successfully promote the false binary between far-right and neoliberals- whether it’s in defence for Macron or in undermining the Labour party leader Jeremy Corbyn on the Brexit deal.

‘Progressive Neoliberalism’ is failing to attract anxious voters who are in the lookout for a job and better living standards. This failure reflects in the defeat of Hillary Clinton and also Obama’s endorsement of Clinton and not Bernie Sanders in the last US Presidential election.

‘Progressive Neoliberals’, have been successfully pitching identity against class. Take an example of Justin Trudeau, Emmanuel Macron and Barack Obama. While, they all criticise Donald Trump for banning Muslims, proposing to build a wall on the border and starting a trade war with China, all of them, however, support the US bombing of Syria on the grounds of alleged chemical attack by the Assad regime.

The Macron model of fighting climate change is to ‘Socialise the losses and personalize the gains”, where rich are been given several tax cuts, but the poor are to fight the climate change, which is the former banker model of reforms that we are witnessing. French people want change in not only just rolling back of the fuel price hike but also in the rolling back of anti-labour reforms.

The media is trying to portrait the entire French working class as lazy and freeloading (which the French President also believes) to be opposing any reforms. The fact actually is that the French workers are fighting for their rights which have not been given to them by their rulers. After centuries of struggle and revolution they have obtained these rights and now they refuse to give it back to the bourgeoisie.

Coming back to Macron’s message on patriotism, on the 100th year of World War I remembrance, it must be noted that World War I is not a sign of patriotism. It was rather a reflection of the greed of the western countries and of their imperialist expansion that led to the loss of millions of innocent lives. The western powers, still do not seem to have learned from the mistakes of the past, which is evident through their actions now, where they are pushing countries to the brink of bankruptcy and leading to the rise of Far Right wing forces.

Famous Feminist, thinker, journalist and social scientist Gloria Steinem’s quote is suitable for Macron today,  ‘The truth will set you free, but first it will piss you off’. Here, the truth is the many failures of neoliberalism that leads to the production of leaders like Trump, Le Pen and Modi. What Macron does by hiding behind the ‘progressive’ face, is projected by the corporate media instead. 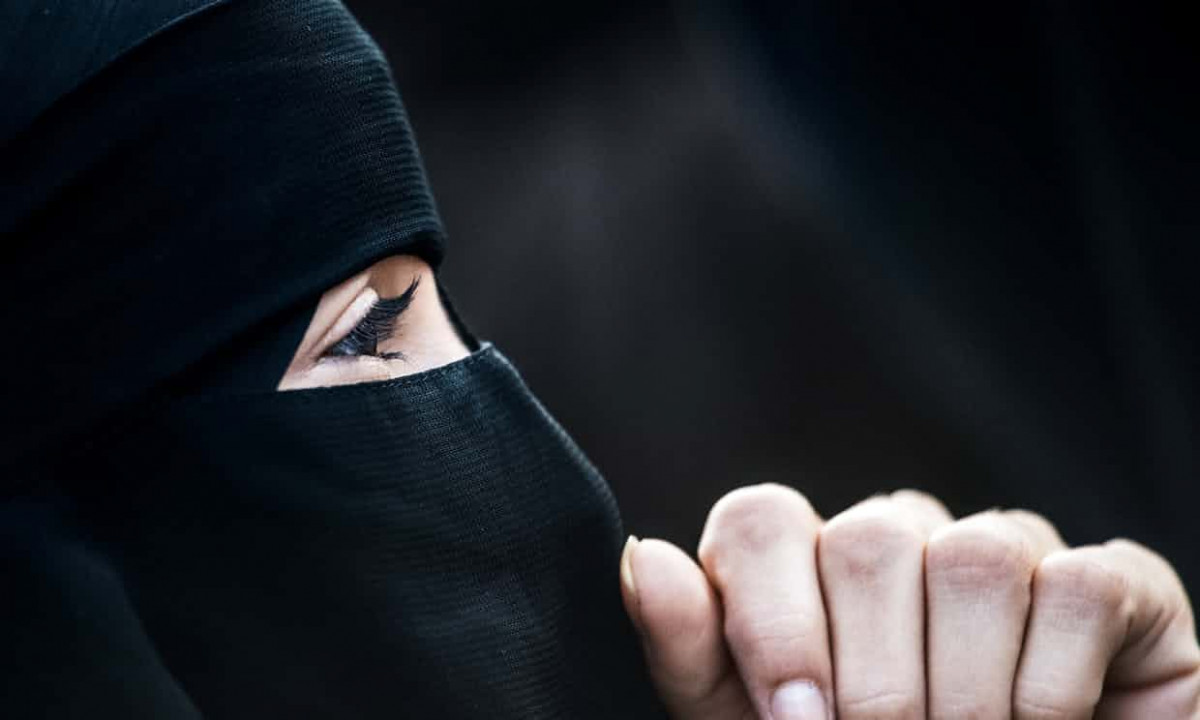 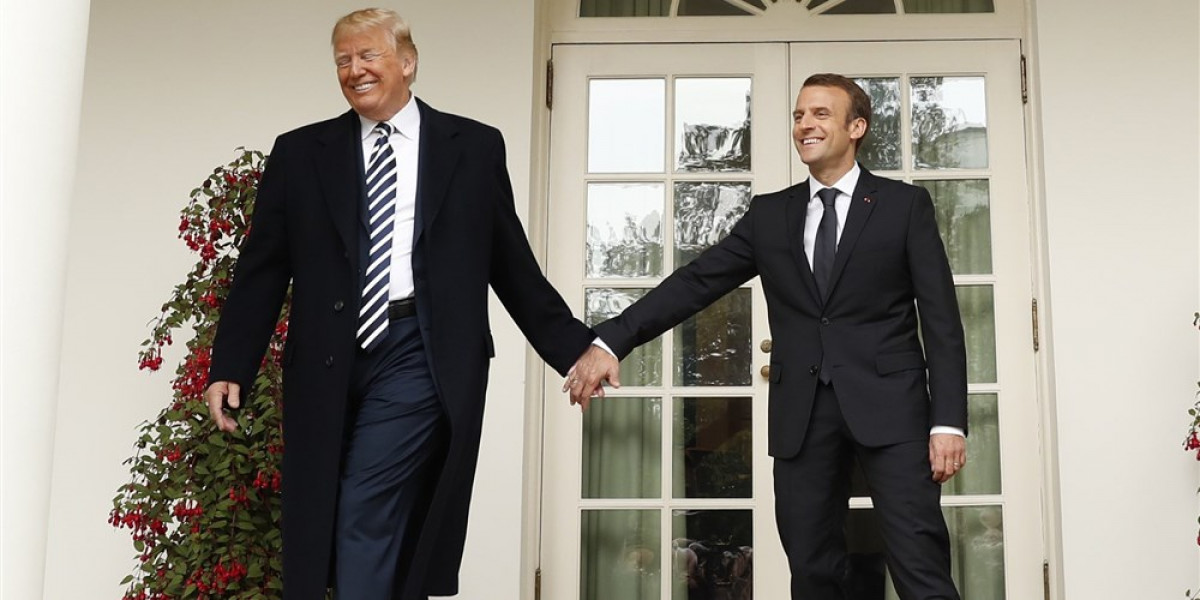