Equality is not established by just making symbols

Nine-year-old Indra, a fifth-grader from Rajasthan, was born into a caste family in a marginalised Dalit community and was punished for this 'crime'.

Vikas Parasram Meshram | Even after 75 years of independence, Dalits are subjected to atrocities in the country. Such incidents happen every day. According to the information provided by the government in Parliament, over 1.3 lakh cases of atrocities against Dalits were reported in the country during the year 2018-2020, with Uttar Pradesh having the highest number of cases. This is followed by Bihar and Madhya Pradesh. In the rest of the country, this number is relatively less. But the reality is that instead of the number of cases against Dalits or lower castes decreasing, the number is in fact increasing. Our leaders, our governments are making promises about this, but it is just a part of a tradition of empty promises. It is important to keep in mind the fact that only 20 percent of such registered cases reach a decision. More than half of the cases disappear or go unsolved due to social pressure.

Nine-year-old Indra, a fifth-grader from Rajasthan, was born into a caste family in a marginalised Dalit community and was punished for this 'crime' on July 20 this year. Being born in a lower caste, he was not allowed to drink water from the water pot set by the school's allegedly feudal teacher. Unknowingly, he tried to gain this right and the teacher who punished Indra beat him up so much that despite all the efforts of the doctors, Indra died on August 13, two days before the Amrutsav of India's independence. Although the police say that they have not yet found any concrete evidence that he was beaten for this reason, some villagers and children who studied with Indra say that the police are lying and are being pressured.

It is hoped that the case of the 'murder' of this child, who lived in a village in Jalore district of Rajasthan, will reach a logical conclusion. But the incident of his death, which happened just two days before Independence Day, also raises questions. The incident is disgraceful and it is hypocritical to say that democracy is getting stronger. It seemed that the Prime Minister would mention this in his speech, but his address was 'Bolachi Kadhi Ani Bolacha Bhaat' (all talk and no show). 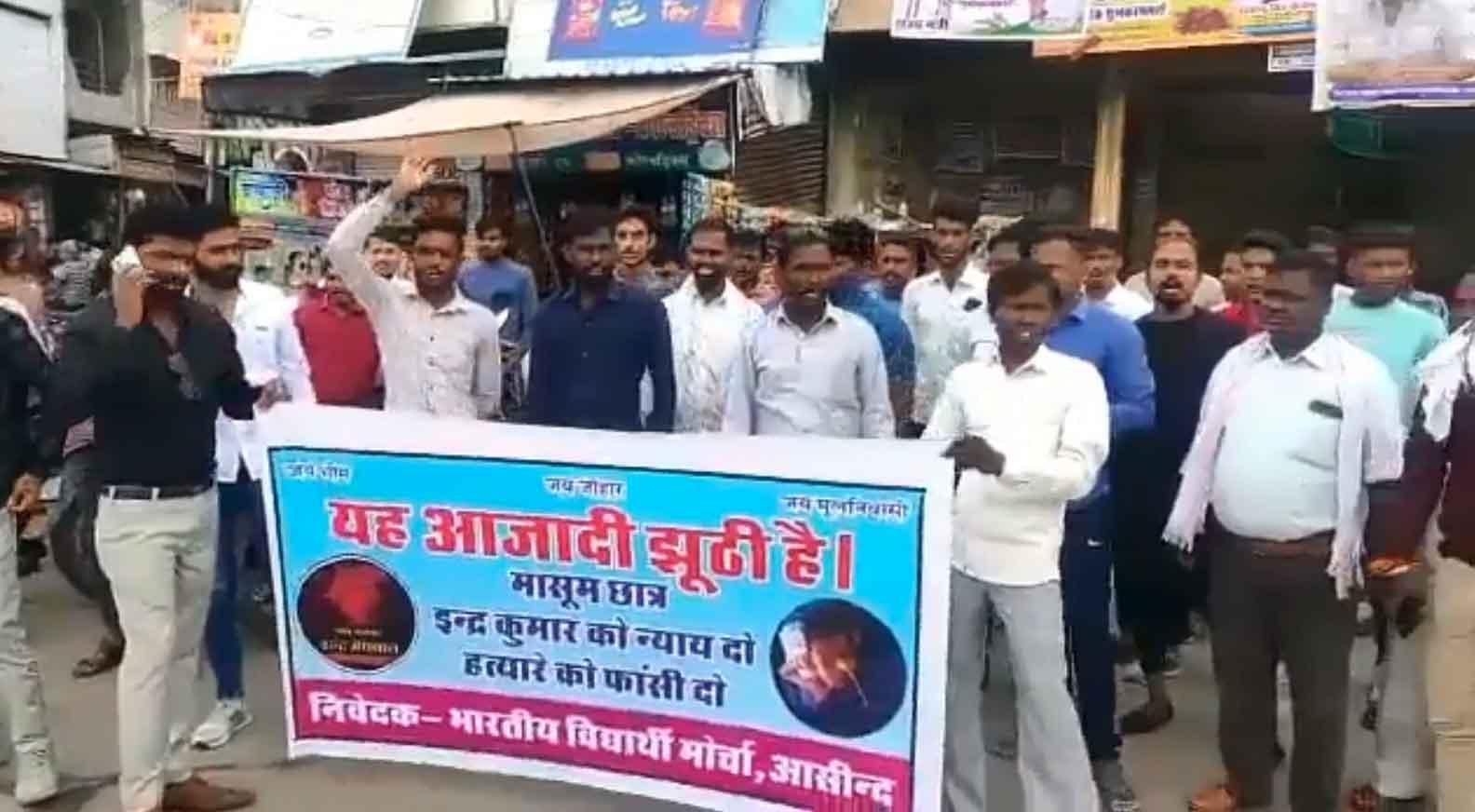 This event is a poignant example of the issues facing the country and society and also reminds us that the issue of social inequality is also necessary and needs to be included in the definition of development. Unfortunately, whenever development is discussed, it is limited to food, clothes and shelter. Otherwise, our leaders talk about roads, cry out for toilets and tap water in every house. Yes, all these things are necessary for our development, but this is not development. Somewhere social considerations should also become part of our understanding of development.

The curse of social inequality must be removed from our lives, which is an essential condition of human development. The roads that we have to pass to get to the highway of development that we have chosen are being neglected. Dr. Babasaheb Ambedkar gave us the constitution based on freedom equality and fraternity. We also need to remember that he warned that if we do not pay attention to social freedom, our political freedom will also be in danger. He said that we have already lost our freedom due to betrayal by our own people and a betrayal is not only political. The truth is that those who oppose or ignore social equality are also traitors. Today, those who deceive us include those who continue to widen the gap of social disparity on the basis of caste, religion and varna-class.

It is true that from time to time our mentors have called for reducing social inequality, but how much have we heard and understood? It is necessary to hold the hands of the socially backward to stand behind them in the race of development. But more than this, it is important to awaken the awareness that those, whom we or the leading elements of society consider backward or untouchable or inferior to us, are human beings like us. To think of them as inferior to us in any way is to deceive ourselves and commit crimes against humanity.

Indra, from Surna village in Jalore, was punished for a crime he never committed because he belonged to a lower caste.

Indra, from Surna village in Jalore, was punished for a crime he never committed because he belonged to a lower caste. The criminals who killed Indra are believers in social inequality. Indra's father Devram Meghwal says that even in the 21st century, he has to travel miles from home to get his hair cut, as the village 'barbers' consider him inferior. This punishment of traveling miles away for a haircut may not compare to the 'punishment' that Indra got, but the concept of high-low is dividing our society. So our society is getting weaker. When will our leadership understand this truth?

Not mentioning 'Indra' in the Independence Day speech is not just a mistake. The truth is that our social consciousness is corroding. It is true that a tribal woman is our President today. We can be proud of that. It will be a symbol of empowerment, but it is only a symbol. The sign must be true. This will happen when Devram does not have to travel miles to get his hair cut, when drinking water from the bowl of his allegedly high-caste teacher will not be considered a crime for any other Indra.