The Naïve Simplicity of the Mainstream World

While the Indie filmmakers keep pushing boundaries, Mainstream cinema remains in its own confines.

Film Reviews have become a big thing lately. Reviewers/critics have been present for a long time. But their opinions have become crucial to the performance of the film only in the recent past in India. Films like Badhaai Ho or Tumbbad achieved a huge momentum after the critics’ word came out. The box-office collections of these films started gaining a significant boost after such verdicts.

So, in a way, we’re becoming more aware of the content that we’re consuming. That leads us to how intellectual hunger seems to be rising in our country, at least to a degree. But, there are mainstream films still being made that often get an easy pass for their diversion from reality. Their conclusions often lack the believability or logical sense, even if they hit the right emotional notes.

While that comes under the argument about the director’s choice and his/her particular vision (the way one wants to present the ideas), the illogical elements started getting under undeniable scrutiny from several voices. Not just the paid reviewers, but every other person on social media started to firmly express their opinions. While we rejoiced in the praises of Kabhi Khushi Kabhi Gham and its melodramatic extravaganza, the latest offerings from the director-producer such as Student of The Year or Kalank were highly criticized for how its grandeur tries to shadow several lazy genre-tropes. Such critiques opened doors toward a free flow of communication, while also presenting different ways of ‘judging’ a film.

Several voices started pouring out in their common aggression or rejoiced in their similar viewpoints. Whether it was about being contrarian for the sake of it or the boastful remarks being made towards the admirers of mainstream cinema, every kind of reaction started getting even stronger. Everyone is putting out their two cents on the things that they agree/disagree with and want to change.

The savarna-savior issue from Article 15 came from similar voices that wanted a change in the way we’ve been trained to perceive these characters. Even the whole brouhaha surrounding the Kabir Singh-Arjun Reddy controversy was a result of the similar voices, which came from deeply personal spaces. Some of them found the representation of a grown-up man child to be abysmal, while others saw it as a severe case of a person dealing with his agony and coping with the anger-management issues. No matter which side of the fence one was, the reactions were pretty strong and came from a strong connection or a complete disregard towards the film. 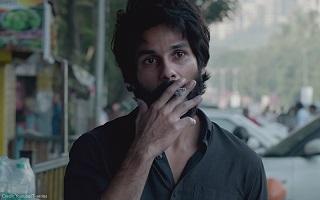 The whole point of introducing this debate-debacle is to show how it all occurred around the concept of ‘idealism’. The strong uproar occurred from an idealistic point-of-view, questioning the morality of its characters. While the mainstream cinema has been unapologetic about its glorification of stalkers & violent lovers, many voices are expressing their discomfort over its absurdity and the social impact.

Whether this is required or not is another discussion, altogether. But it created an interesting deviation of the audience from being mere consumers. As an audience, all of us have started speaking whether we feel a representation to be fair or not. Our criticisms didn’t just thrive in the search for ‘meaningful’ cinema. Now, we object when find it wrong to have a male figure boosting the success of a largely female-led space-mission (Mission Mangal) or we also find it to be important how a mentally disturbed person is being portrayed (Judgemental Hai Kya). We, as an audience, are subconsciously making those choices.

For similar reasons, I was going through an inner-conflict while watching a recent mainstream outing- ‘Chhichhore’. The film revolves around the pass-outs of a prestigious engineering institute (like IITs) and their way of looking at the failure and success as ideas rather than facts. When a then-pass-out gets older to have a child of his own wanting to get into the same institute, the central conflict from the film gets introduced. 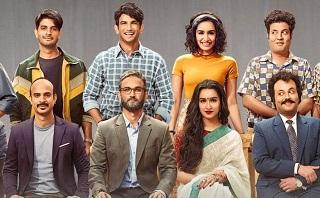 This child, unable to cope up with his failure, commits suicide. His successful father, who’s dominant enough to make him feel uncomfortable about his insecurities, appears to be in a state of denial. Since, in his growing years, he had gone through conditioning where ‘winners get it all’ and losers are always made to feel severely ashamed for their identity; it affects his judgment.

This parent was devoid of any kind of empathy at first when he sees his child lying on a hospital bed. But slowly, reminiscing his good-old-days and by understanding his own success to have come from being a failure; he tries to make the child feel okay. Rather, he tries to reassure himself how being a failure is just as fine as anything else. As a film, it wishes to deviate from the ideals of triumph that have always been celebrated in mainstream cinema.

And still, I couldn’t shake this feeling how almost everything in the film is very one-note or how the topic is dealt with largely on-the-surface. By now, we know that Tiwari understands how to direct, to achieve consistency in his film and to be successful at the world-building. It’s all there and believable in his world, despite the horrible make-up which resorts to being old to ‘being bald’ or ‘having a receding hairline’, or the acting-performances that hardly change despite the significant change in their ages. I suspended my belief that they would grow up, more realistically! Tiwari pours down many small details that would be relatable for a hostelite from the kharab khana to porn addiction, with funny one-liners.

And literally none of that worked for me. No matter how deeply I wanted to connect to their ‘fun’-element, the narrative constantly pushed me back with its casual derogatory demeanor about several insecurities. Several ‘gags’ are added in between to crack us up while being insensitive in general. Not that every film has to follow a certain moral code and be sensitive about everything. But here, it almost feels antithetical to its central idea- to be sensitive towards insecurities.

Despite being aware of the fact that this is how the harmless fun is generally celebrated in any actual college-campus, I just couldn’t make myself laugh at those moments. I just could not be a part of their gang. Besides that, the amount that this film spends on showing how entertaining the college-life is, makes the climax (of the parent’s realization) feel largely contrived.  It spends a lot of its duration into providing nostalgia trip that the moral lesson feels mostly one-note.

Was I really supposed to feel bad for the parents who have very little personality-traits other than the nicknames assigned to them, and enjoy the film as a lesson ‘to not commit suicide since the college is fun’? I’m afraid I can’t.  I definitely admire his efforts to show how the bonding derived from mutual failings or insecurities goes a long way into building morale. But when the detailing felt almost like embellishments on these cardboard characters, I could hardly connect to its rooted message. And if a child goes with superficial and bloated ideas about the future, I’m not sure how long will he/she be able to cope up with it. But again, since it’s a Mainstream film, I’m not ideally supposed to have such judgements!