The Supreme Court on Thursday reserved its verdict on the Karnataka Hijab Row.

Ketki Shukla | The Supreme Court on Thursday reserved its verdict on the pleas that were challenging the Karnataka High Court’s judgment which is banning the hijab as a part of the uniform in Educational Institutions. The hearing that lasted for two long weeks concluded on Thursday.

Previously, the Supreme Court had issued a notice to Karnataka Government on Monday, August 29, to seek a response to the pleas and had posted them for hearing on September 5.

At the beginning of this year, six girls of PU Government college of Girls in Udupi, Karnataka were denied entry to attend classes wearing a Hijab as a part of their uniform. This led to a protest against the educational institute, that brought together several students in their support.

The college administration then took a stand telling the girls to follow the dress code of the institution which did not include the Hijab until the government ordered otherwise. The six girls chose to stay firm on wearing hijab.

While protests against Hijab ban continued, on the other hand, some Hindu boys start wearing saffron stoles at a few colleges in Kundapur, Udupi district. A day after the boys wore stoles, a video of a principal from government college Kundapur shutting college gates on hijab-clad students went viral.

Protest against the Hijab on college campuses spread to different parts of the state. Karnataka Chief Minister Basavaraj Bommai appealed for peace. 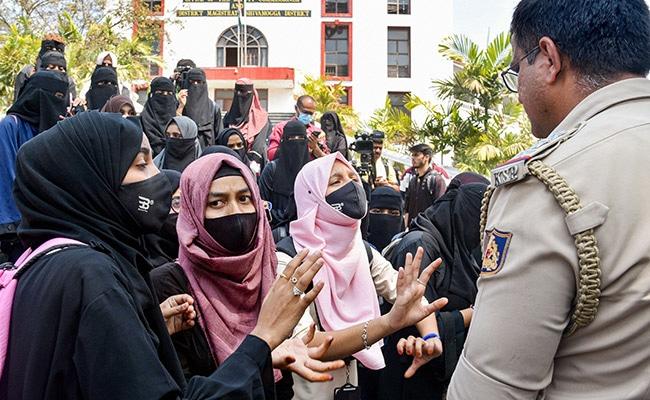 As per section 133(2) of the Karnataka Education Act, 1983 the government reserves the right to issue appropriate directions to schools and colleges to ensure the maintenance of public order. The government of Karnataka thus exercised this and stated that students need to adhere to the institution's directions and follow the uniform dress code. It referred to the 2013 directive by the government which said that wearing a headscarf is not an essential practice for Muslims that can be protected under the Constitution.

After this decision by the government similar protests were observed in different states like Puducherry and Madhya Pradesh where several Muslim girls had come out demanding the removal of the ban.

This order by the Karnataka Government was then challenged in the High Court. The grounds on which it was challenged involved the Freedom of Speech and Expression under Article 19(1)(a) of the Constitution used to support their argument that wearing a Hijab is an expression of our religious practices. Although, Constitutionally, a right under article 19(1)(a) can only be limited to the ‘reasonable restrictions’ mentioned in Article 19(2).

It also includes public order, decency or morality in contempt of courts, defamation or incitement to an offence. Students silently wearing Hijab/Headscarf and attending classes do not in any way violate public order and it is only a profession of their faith. Ban on headscarves violates the fundamental right to equality since other religious markers such as turbans worn by Sikhs are not explicitly prohibited.

The court then referred to a few cases like, the 2018 case of Fathima Thasneem v State of Kerala wherein the single-judge bench of Kerala High Court ruled in favour of the school that had denied wearing full-sleeved shirts and headbands to two minor girls. In another case from 2003, Fathema Hussain Sayed v Bharat Education Society, the Bombay High Court ruled against the girl who wanted to wear a headband to school but it was not an Essential Religious Practice that needs protection under the Constitution. 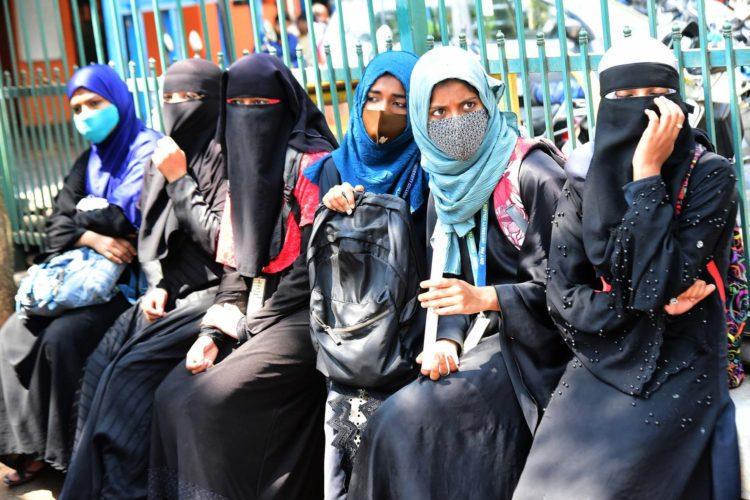 Senior Advocates moved to the Supreme Court appealing to transfer the cases related to this matter from High Court to the top Court and place it before a nine-Judge bench. Reacting to this, the then Chief Justice of India NV Ramana said, "let the three-Judge bench from the High Court itself deal with it".Later, however, the Supreme Court said it will protect the Constitutional rights of every citizen and take up at an appropriate time the pleas challenging the Karnataka High Court’s decision in this matter.

The hearing regarding the row in the Supreme Court was held over for two weeks and ended on Thursday, September 22. A total of 21 advocates argued for the Muslim side challenging the legality and basis of the Karnataka High Court’s decision that upheld the ban on religious attire with Uniforms.

A Supreme Court bench of Justices Hemant Gupta and Sudhanshu Dhulia reserved their verdict on a bunch of 26 for-hijab petitions.

As the hearing on the Hijab ban at some Educational Institutions in Karnataka concluded on Thursday, Huzefa Ahmadi, arguing for the Muslim side said, “Banning Hijab has resulted in girls dropping out of schools. If they’re prevented from being educated in government institutions, they’ll be deprived of their Fundamental right.”

While the Muslim side engaged 21 Lawyers including Senior Advocates Dushyant Dave, Huzefa Ahmadi, Devadatta Kamat, Meenakshi Arora, Sanjay Hegde, Rajeev Chavan during the hearing. Karnataka Government appointed three law officers, solicitor general Tushar Mehta, state advocate general Prabhuling Navadagi and additional solicitor general KM Nataraj to argue that they wanted to support the idea of secularism and did not talk about Hijab at all except that the institution wanted to enforce the prescribed uniforms.