PMC starts crackdown on 'I love ...' signboards across city

Citizens complained against the boards calling them eyesore and misuse of public fund.

Ketki Shukla| In a citywide crackdown against the 'I love...' LED signboards that had come up in different parts of Pune a few months ago, the Pune Municipal Corporation (PMC) took down nine such signboards on Thursday. The city officials carried out the action after repeated complaints by the citizens that these signs which were initially installed as selfie points and to enhance the appearance of the areas, look rather unattractive. Many also pointed out that it was a misuse of public funds.

"All those boards that are installed without permission are taken action against. Nine boards are taken down till now," Madhav Jagtap, head of PMC’s anti-encroachment department, told Indie Journal.

The action was a direct result of a notice issued by Additional Municipal Commissioner Kunal Khemnar which stated that it was found by the officials that all these boards have been installed without taking the sky signs department’s permission.

Talking about these signboards, Mukund Kirdat, Pune district President, Aam Aadmi Party, said, “Firstly, these boards have been set up using corporators funds which should have strictly been used for public welfare. Beautification of the city does not mean you should spend money doing chamkogiri (unreasonable show-off), which is why taking action against such illegal boards is necessary and was much needed.” 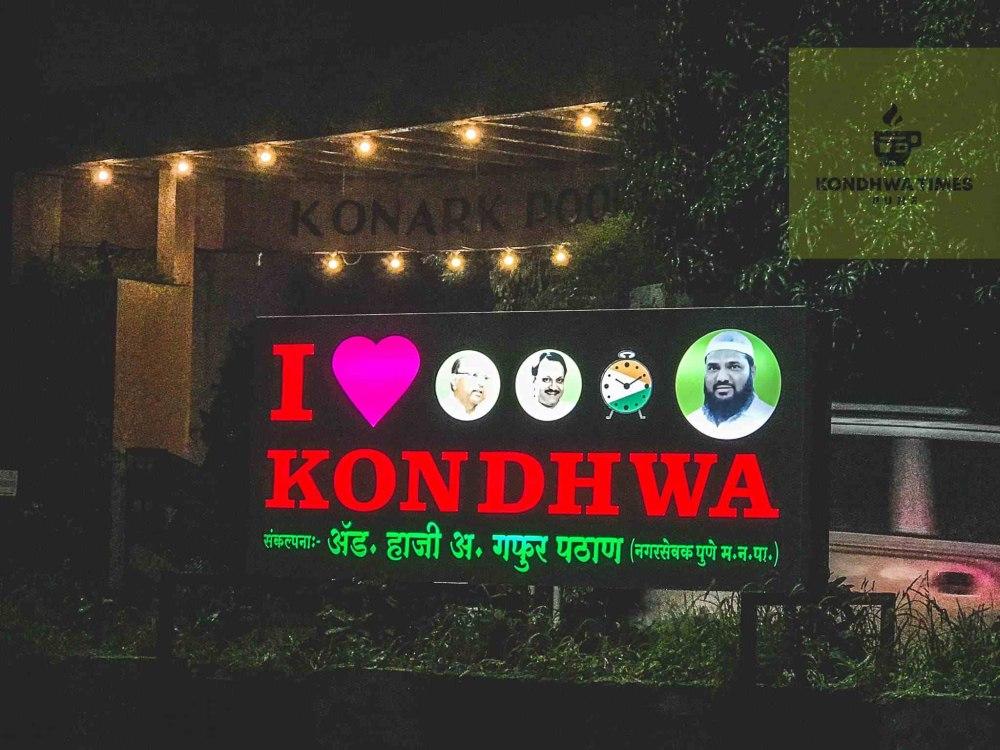 Most of these boards are also accompanied by courtesy signs of the corporators who got them installed. As per civic officials, these boards cost around three to 10 lakhs and also use public electricity supply. Not only are these boards defacing local commuters and pedestrians have complained that their height is also causing inconvenience.

“It was expected that PMC should have taken action against these boards much earlier. Putting up such huge signs in broad daylight is questionable as it is illegal and unauthorised without required permissions. PMC should make sure such signboards are not installed in more areas anymore,” Citizen Activist Ravindra Sinha said.

There are around 73 different locations where such signs could be seen in the city. Sarasbaug, Katraj, Koregaon park, Mohammadwadi, Swargate, Warje, Aundh and Yerawada were some of the areas where the signs were prominently installed. While Indie Journal could not get a confirmation on all the signs that were removed yesterday, a PMC official from the anti-encroachment department said Thursday night that signboards at Wanowrie, Ramtekdi, Hadapsar, Mundhwa and Dhole Patil Road (2) were among the nine taken down.

“Under the excuse of beautification, we can see corporators doing unnecessary things across the city. For example, installing statues on the divider of the roads and putting up courtesy signboards for those or naming some public park/flyover/bridge after their ancestor’s name or writing their own name on parks is nothing but a wastage of public funds. We are not against beautification, but the authorities need to plan policy and regulatory guidelines regarding the expenditure incurred for it,” added Kirdat.