The North says the balloon launches violate peace act made during Panmunjom summit.

North Korea today suspended all communication channels with South Korea, including hotlines between the top political and military leaderships. Calling South Korea 'the enemy”, North Korea said it was the beginning of a series of moves to sever ties with the South, stated a BBC report.

A South China Morning Post (SCMP) report said the suspension of the dialogue followed North Korea alleging the South with putting the bilateral ties 'into a catastrophe' by conspiring with defectors to insult Kim Jong-un, the North Korean leader. The defectors have been releasing hot-air balloons from the South into the North with anti-Pyongyang messages.

North Korea has been flaying these acts for the past one week saying the South was deliberately ignoring them. As per a 2018 pact between both the countries, all hostile acts along the border had to be stopped. The war, which ended in 1953 without signing a peace treaty, is still technically on between the two countries.

The American media house, CNN, reported quoting some experts that the Kim regime was probably using the leaflets excuse to 'create a crisis'.

Quoting the Korean Central News Agency (KCNA) report, BBC stated, North Korea “will completely cut off and shut down the liaison line between the authorities of the North and the South, which has been maintained through the North-South joint liaison office from 12:00 on 9 June 2020.”

The cross-border military hotline established to defuse tensions would also be stopped. The liaison office remained closed following the COVID-19 outbreak in January. However, two phone calls were made daily through this office at 9 am and 5 pm. The South Korean authorities said their morning call was not responded first time in 21 months. Though it was connected in the afternoon.

KNCA stated, “We have reached a conclusion that there is no need to sit face-to-face with the South Korean authorities and there is no issue to discuss with them, as they have only aroused our dismay.” Kim Jong-un’s sister Kim Yo-jong had issued a threat recently to shut the liaison office if the South did not stop the defectors from sending leaflets into their territory.

She said the balloon launching violated the peace act made during the 2018 Panmunjom summit. 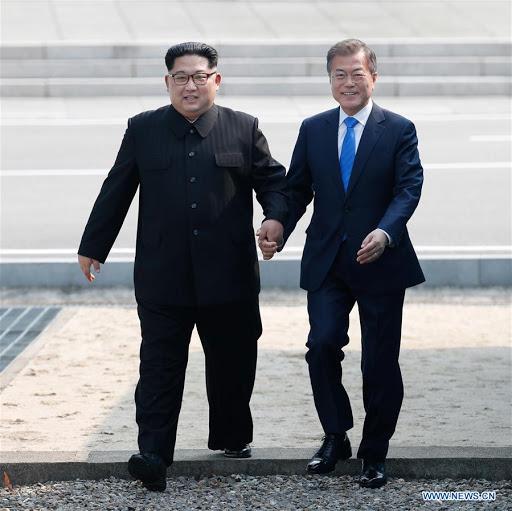 SCMP quoted KCNA saying, “This was a sign of hostility to all our people. We have reached a conclusion that there is no need to sit face to face with the South Korean authorities and there is no issue to discuss with them, as they have only aroused our dismay.”

A meeting between Central Committee vice chairman Kim Yong-chol and Kim Yo-jong reviewed the ties between the two Koreas and decided to sever the ties. “They discussed phased plans for the work against the enemy to make the betrayers and riff-raff pay for their crimes, and then, to begin with, gave an instruction to completely cut off all the communication and liaison lines between the North and the south,” stated KCNA.

The move to cut off communication channels follows South Korea’s ruling Democratic Party’s plan to bring in a legislation to curb the balloon campaigns. The party in April this year nearly got two-thirds of majority in the 300-seat parliament in the general elections.

The defectors in the South float balloons to the North carrying critical messages of the Juche regime. Occasionally, they are tied with supplies so that people in the North could be lured to pick them. Most North Koreans can’t use the Internet and receive news feeds from the state-controlled media.

There were signs of improvement in the bilateral ties between the two countries in 2018 as their leaders met thrice. Such meetings between top-level leadership had not happened for over a decade. However, North Korea had not maintained much contact with its counterpart following the failure of a summit over the nuclear issue between Kim and US President Donald Trump in Hanoi last year.

The SCMP quoted ICNK Centre at Kyungnam University director Professor Lim Eul-Chul, as saying: “For North Korea, the release of anti-Pyongyang leaflets is a sign of the South regarding the North as its enemy, and the North is now declaring it will consider the South as the enemy in response."

"This means the North would not avoid armed clashes with the South at the worst-case scenario,” he added.

Expecting the standoff to continue for some time, Institute for National Security Strategy analyst Kim In-tae said, “This has made it more difficult for diplomacy to work. Tensions between the two sides are feared to last long.”

University of North Korean Studies Professor Yang Moo-jin said, “The South Korean government is expected to move faster in pushing the bill through parliament and the North would eventually respond positively.”