Indie Journal brings you the daily updates that the internet is talking about through various news websites. Here's a glance through some of the National and International news updates, from the announcement of the Nobel Peace Prize, proceedings to choose the new CJI after Lalit to Mohammad Akhalaq's family still fighting for justice.

Human rights advocate Ales Bialiatski from Belarus, the Russian human rights organisation Memorial and the Ukrainian human rights organisation Center for Civil Liberties have been awarded this year's Nobel Peace Prize, the Guardian reports. According to the awards committee, this year’s laureates represent civil society in their home countries. They have for many years promoted the right to criticise power and protect the fundamental rights of citizens. They have made an outstanding effort to document war crimes, human rights abuses and the abuse of power. Together they demonstrate the significance of civil society for peace and democracy, as per the Guardian's live updates. Read the full report here. 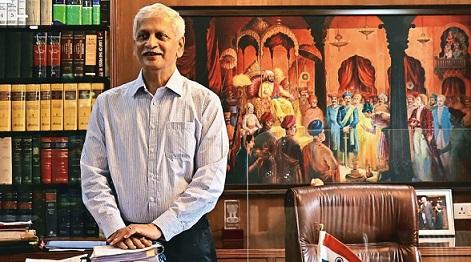 The government on Friday started the process of appointment of the next Chief Justice of India (CJI), with a month left before CJI UU Lalit retires. Union Law Minister Kiren Rijiju has asked the incumbent to recommend his successor, the Indian Express reports. Justice D Y Chandrachud is the second senior-most judge of the Supreme Court. The report adds that if appointed, he will have a tenure of over two years as CJI till November 10, 2024. Read the full report here.

The Straits Times reports that Sri Lanka's top court has granted permission for proceedings against former President Gotabaya Rajapaksa. The rights group which filed the case against him said in a statement on Friday. Further, the court also agreed to allow proceedings against the country's former Prime Minister Mahinda Rajapaksa, its former finance minister and two of its former central bank governors. The case calls for accountability for the island nation's leadership for its worst financial crisis in more than seven decades. Read the full report here.

After reportedly being detained by police in Delhi for around seven hours on Thursday, October 6, around 100 members of central Afghanistan’s Hazara community have been released. The Wire reports that they had gathered at Jantar Mantar to protest the recent suicide bombing in the Afghan capital, Kabul. The Wire said that while the Delhi police had reportedly granted permission for the gathering, it was allegedly revoked early Thursday morning. Read the full report here.

The Hindu reports that seven years after the gruesome murder of Mohammad Akhlaq in Uttar Pradesh, his family continues legal battle for justice.  the trial has so far been marred by delays and only recently picked up the pace, says Akhlaq’s brother Jaan Mohammed as per the report. On the night of September 28, 2015, in Bisada village in western Uttar Pradesh’s Dadri town, a mob lynched 52-year-old Mohammad Akhlaq on the suspicion of slaughtering a calf. There is a ‘total breakdown’ of relations between Muslims and Hindus in the village where Akhlaq once lived, the report adds. Of the 30 Muslim families that used to reside in the village before Akhlaq’s murder, eight to ten have moved out. Read the full report here.