Indie Journal brings you the daily updates that the internet is talking about through various news websites. Here's a glance through some of the National and International news updates, from no US House Speaker after three days, AAP, BJP fighting over who will take oath first, to UN Security Council stressing Al Aqsa status quo.

BBC report on still no US House Speaker after three days

The Republican leader of the House of Representatives, Kevin McCarthy, has failed in his latest bid to get elected Speaker in a paralysis of US government not seen since the pre-Civil War era. BBC reports that a cohort of right-wingers in his party derailed an 11th attempt to elect him on the third day of voting. Republicans took over the House in November's midterm elections, but the impasse has left the chamber unable to swear in members or pass bills. The House has adjourned until Friday. BBC adds that not since 1860, when the United States' union was fraying over the issue of slavery, has the lower chamber of Congress voted so many times to pick a Speaker. Read the full report here. 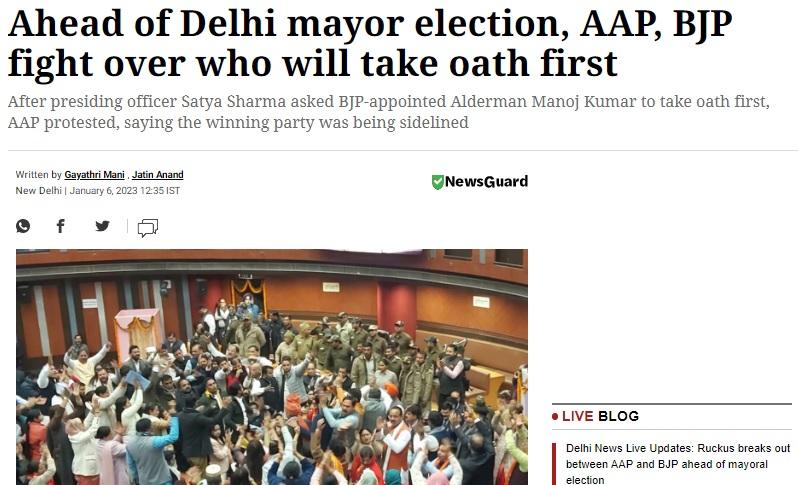 Indian Express reported that a ruckus broke out between Aam Aadmi Party (AAP) and Bharatiya Janata Party (BJP) councillors on Friday over who would take oath first, ahead of voting for the Delhi mayor elections. The AAP blamed the BJP for ensuring a departure from procedural norms. The ruckus started after presiding officer Satya Sharma asked BJP-appointed Alderman Manoj Kumar to take oath first. The report further says that AAP started protesting and the Leader of the House Mukesh Goel said it was for the first time in the history of 25 years of the Municipal Corporation of Delhi (MCD) polls that the winning party was being sidelined. Read the full report here.

United Nation’s Security Council members voiced concern and stressed the need to maintain the status quo at the Al Aqsa Mosque compound in Jerusalem. But Al Jazeera report says that it did not commit to any action days after Israel’s new far-right security minister Itamar Ben-Gvir made a controversial visit to the site. The decades-old status quo at the Al Aqsa Mosque compound allows only Muslim worship at the site. But the site is also revered by Jew. Israel’s far-right groups have long attempted to change the status quo, the report says. Palestinian UN envoy Riyad Mansour pushed for the Security Council on Thursday to take action against Israel over Ben-Gvir’s provocative actions. Read the full report here.

NDTV reported that 44 judges will be cleared for appointment to the higher judiciary in three days, the government told the Supreme Court on Friday, after it was asked to “follow the law of the land” and told not to delay the process. Hearing a petition on the delay in the appointment of judges to the higher judiciary, the Supreme Court asked the government to clear the pending names as early as possible. The Centre assured the court that it will follow the timeline, the report adds. The Supreme Court today said that “every system will have its own flaws” but the prevailing law must be followed. Read the full report here. 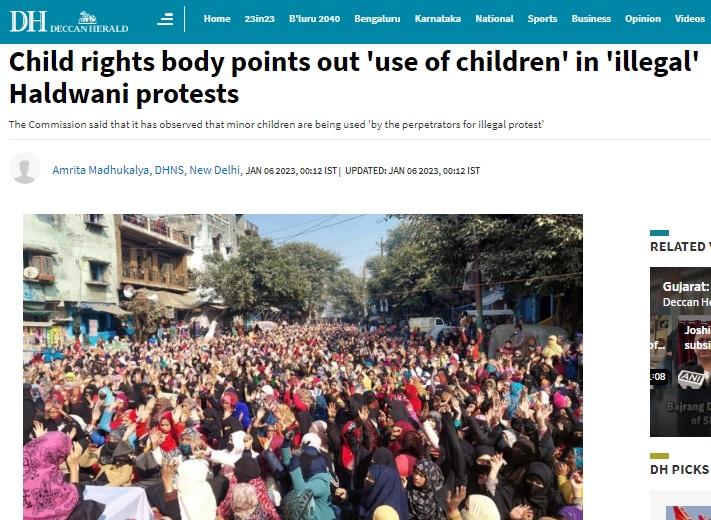 The National Commission for the Protection of Child Rights (NCPCR) has asked the Nanital district magistrate to “look into the matter” of children participating in protests in Uttarakhand’s Haldwani. A report by Deccan Herald says NCPCR chairperson Priyank Kanoongo asked an inquiry into the incident and for an action report within seven days. It says the Commission said that it has observed that minor cchildren are being used "by the perpetrators for illegal protest". Read the full report here.