News Dabba 9 August: Five stories across the web for a balanced news diet

Anushka Vani brings you the daily updates that the internet is talking about through various news websites. Here's a glance through some of the National and International news updates, from live updates from the ongoing presidential elections in Kenya, the declining economic state of the European markets, assessing economic impact essential before distribution of freebies, 356 prisoners being released by Madhya Pradesh  on Independence Day, to Home Ministry urging HCs to hold seminars on human trafficking. 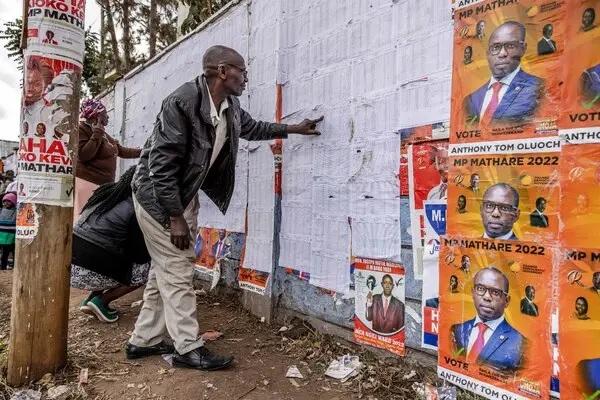 The live report by the New York Times talks about the ongoing presidential elections in Kenya. The report says that this election would be a test for democracy and a race that is too close to call. It is said that in this election, it is the self-declared hustler vs the perennial opposition candidate, which means that one of the candidates is William Ruto who is the self-declared champion of the hustler nation, while the other is Raila Odinga who is a veteran leftist making his fifth run for high office. Read the full report on New York Times.

Wall Street Journal’s report talks about how the ongoing Russia-Ukraine war has started affecting the European countries who have started feeling the burden on their economic data. The high food and energy prices are fueling discontent and putting pressure on governments to offer relief. The report has also mentioned that some politicians in western Europe have started questioning the usefulness of sanctions on Russia, calling for greater efforts to de-escalate the conflict. Read the full report on WSJ.

Indian Express reported that an economic assessment is essential before the distribution of freebies, the Supreme Court has been told by a petitioner senior advocate Vijay Hansaria who has sought the constitution of a committee of experts to examine the practice without adequacy of budgetary provisions. A Public Interest Litigation (PIL) has been filed seeking actions against political parties for irrational freebies, the PIL has been filed by lawyer Ashwini Upadhyay. Read the full report on IE.

The Hindu’s report says that the Home Ministry will provide financial support to up to Rs 2 lakhs for each judicial conference to be held anywhere in the country. The motive is to sensitise judicial officers about the crime as victims often endure extreme hardship including prostitution, forced marriages and organ trade. Read the full report on The Hindu.

Hindustan Times report states that the Madhya Pradesh government has said it will release 356 prisoners undergoing life imprisonment in various jails in the state on August 15 to commemorate 75 years of India’s Independence. These prisoners will be released as per the guidelines issued by the Union Home Ministry and the norms of the state government. The report also said that the Convicts serving a jail term for serious crimes such as rape will not be released. Read the full report on HT.