News Dabba 5 August: Five stories across the web for a balanced news diet

Indie Journal brings you the daily updates that the internet is talking about through various news websites. Here's a glance through some of the National and International news updates, from Rahul, Priyanka Gandhi detained amid protests, China restarting drills as Pelosi vows Taiwan won't be isolated, sachetisation of economy in Nigeria, Kerala rain live updates, to crucial Niti Aayog meeting about who should levy professional tax. 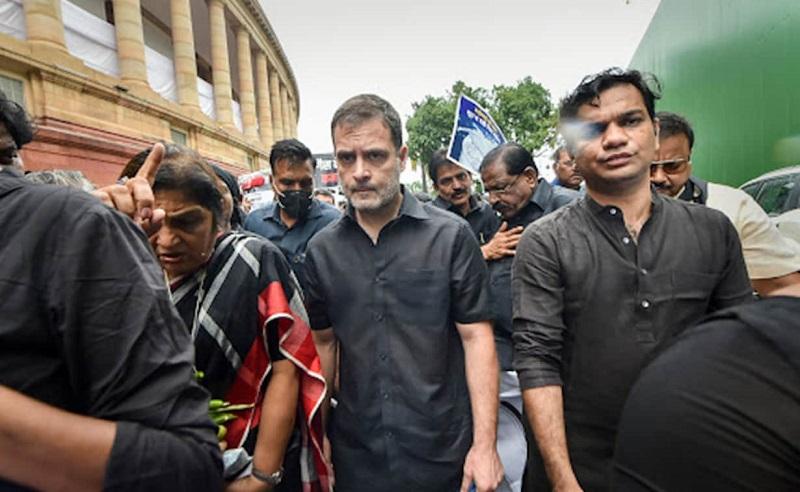 Several Congress leaders, including Rahul Gandhi and Priyanka Gandhi Vadra, were detained amid a massive protest outside the party's Delhi headquarters, NDTV reports. The protests have been organised by Congress against rising prices, unemployment and GST hike on essential items. Congress MPs today wore black clothes in Parliament as part of the protest, the report adds. Congress Working Committee (CWC) members and senior leaders had planned to take part in "PM House gherao" while Lok Sabha and Rajya Sabha MPs were going to hold a "Chalo Rashtrapati Bhavan" from Parliament, the party said in a statement. The administration had imposed prohibitory orders banning large gatherings in parts of Delhi ahead of the Congress march. Read the full report on NDTV.

Chinese planes and ships have again crossed the median line in the strait between the mainland and Taiwan, BBC's live updates state. It comes as China holds its second day of military drills around the island, Beijing's main response to US House Speaker Nancy Pelosi's visit. Japan has demanded China cease the drills, while US Secretary of State Antony Blinken called them an "unjustified escalation", the report says. China has not commented on reports it may have fired a missile over Taiwan on Thursday. Read the full report on BBC.

A report by the AFP carried by the Straits Times states that many Nigerians struggling with soaring prices now buy their basic necessities in small quantities packed in tiny plastic bags to be consumed on the same day. Called a "sachetisation of the economy", consumer bands see it as a creative innovation. However, the report adds that critics see the development as an economic and ecological aberration. In the streets of Lagos, the vibrant economic capital of Africa's most populous country, small sachets are now part of the decor, it adds. Nigeria has been hit hard by the coronavirus pandemic, which pushed up consumer prices in 2021 by 17 percent and forced an additional six million Nigerians into poverty. It is now suffering the fallout from the war in Ukraine. Read the full report on the Straits Times. 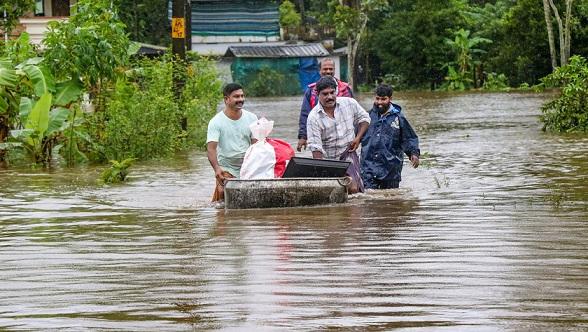 On Thursday, several places in Kerala were looking at a potential repeat of the devastating 2018 floods, with rivers overflowing and a series of landslides. However, the Hindu reports that the intensity of rainfall reduced on Friday and Indian Meteorological Department (IMD) has removed red alerts from all districts. Parts of Central Kerala, especially in low-lying Kuttanad region, are still under water. Kerala’s Electricity Minister K. Krishnankutty has informed in a tweet that four shutters of Malampuzha dam in Palakkad will be opened by 10 cm at 3 pm. Three shutters of the Mullaperiyar dam were raised 30 cm each as the water level in the reservoir reached 137.50ft at 1 pm. Read the full report on the Hindu.

ThePrint: PM, CMs to discuss who should levy professional tax?

Prime Minister Narendra Modi is expected to discuss with state chief ministers whether urban local bodies levy and collect professional tax instead of states and use it to improve city infrastructure and services, ThePrint reports. The discussion is expected to be held at a governing council meeting organised by federal think tank NITI Aayog Sunday. Under Article 276 of the Constitution, professional tax is levied by state governments or municipalities in respect of profession, trade, calling and employment. ThePrint adds that the tax is at present levied by 21 state governments, with ULBs in only a handful of states — such as Kerala, Tamil Nadu and Gujarat — being authorised to impose and collect it. Read the full report on ThePrint.