News Dabba 26 August: Five stories across the web for a balanced news diet

Indie Journal brings you daily updates that the internet is talking about through various news websites. Here’s a glance through some of the National and International news updates, from Ghulam Nabi Azad quitting Congress, Russia burning off gas, to Tamil Nadu's Dravidian Model.

Senior Congress leader Ghulam Nabi Azad quit Congress on Friday, ahead of the Assembly elections in Jammu and Kashmir. The Hindu's report states that Rahul Gandhi has demolished all the consultative mechanism in Congress and the “remote control” culture that damaged the UPA was brought into the party, said Congress veteran Ghulam Nabi Azad in his resignation letter on Friday.  Azad asserted that the party had reached this state because it wanted to foist a “non-serious” individual for the past eight years. The report adds that Congress general secretary in-charge of communication Jairam Ramesh said it is “most unfortunate and regrettable” that Mr. Azad chose to send this letter when the entire Congress was taking on the BJP government on the issue of prices, social polarisation and political divisions through its Bharat Jodo Yatra and Mehangai Par Halla Bol rally. Read the full report on The Hindu. 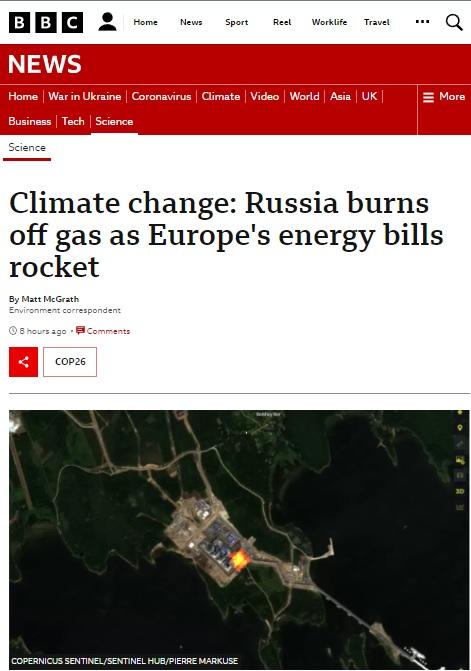 Russia is burning off large amounts of natural gas, according to analysis shared with BBC News. Experts say the gas would previously have been exported to Germany, as per a BBC report. It says the plant, near the border with Finland, is burning an estimated $10m worth of gas every day. Scientists are concerned about the large volumes of carbon dioxide and soot it is creating, which could exacerbate the melting of Arctic ice. Read the full report on BBC.

With uncertainty looming over his position as the chief minister of Jharkhand, Hemant Soren met UPA MLAs at his residence in Ranchi on Friday, The Quint reports.The MLAs have been instructed to stay in Ranchi. Reports also suggest there will be a meeting of UPA MLAs again in the evening. Political crisis gripped the state after the Election Commission of India (ECI) sent a report recommending Soren's disqualification as a member of the assembly over violating electoral norms. Soren has dismissed reports of receiving any communication from the ECI or Governor Ramesh Bais on his disqualification, adds the report. Read the full report on The Quint.

The number of forest fires in the Brazilian Amazon hit a nearly 15-year high this week, according to official figures, says a report by the Straits Times, sourced from AFP. Satellite monitoring detected 3,358 fires on Monday (August 22), the highest number for any 24-hour period since September 2007, according to the Brazilian space agency, INPE. The report says that in Brazil, the so-called "arc of deforestation" has been advancing. August is typically when fire season starts in earnest in the Amazon. Read the full report on The Straits Times. 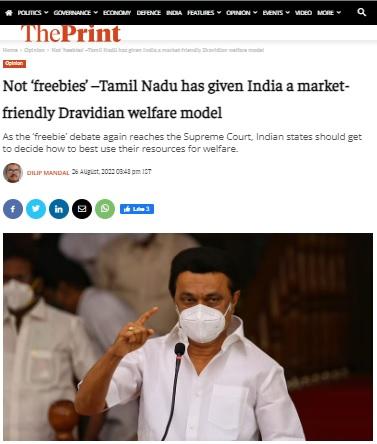 Amid the freebie debate in the country, an opinion piece in ThePrint talks about the welfare schemes in Tamil Nadu, which had triggered the debate. The article by Dilip Mandal states that Tamil Nadu has given India a unique template - one, by pursuing targeted welfare schemes, often dismissed as ‘freebies’ and two, by pursuing economic growth through market forces. The model is hailed as the Dravidian Model by Tamil Nadu Chief Minister MK Stalin. Read the full article on ThePrint.