News Dabba 16 September: Five stories across the web for a balanced news diet

Indie Journal brings you the daily updates that the internet is talking about through various news websites. Here's a glance through some of the National and International news updates, from India at the Shanghai Cooperation Organisation summit, disease spreading in Pakistan in aftermath of floods, African Cheetah's reintroduction to India, to Amarinder Singh set to join the BJP.

PM Modi and other leaders deliberate on pressing issues at SCO summit: report by the Hindu

Prime Minister Narendra Modi, Russian President Vladimir Putin, Chinese President Xi Jinping and other leaders of the Shanghai Cooperation Organisation (SCO) on Friday deliberated on the regional security situation, the Hindu reports. They also discussed ways to enhance trade and connectivity at the annual summit of the grouping, it addds. It is for the first time Modi and Xi came face-to-face at the summit since the start of the border standoff between India and China in eastern Ladakh around 28 months back. However, the report says there is no clarity yet on whether there will be a bilateral meeting between Modi and Xi on the sidelines of the summit. Read the full report on the Hindu.

Disease spreads in Pakistan amid flooding, The Straits Times

The Straits Times reports that over 90,000 people were treated for infectious and water-borne diseases in a day in southern Pakistan's flood-hit areas, government data showed on Friday. The total death toll from the inundations in the country has surpassed 1,500. Flooded areas have become infested with diseases including malaria, dengue fever, diarrhoea and skin problems, according to the report from the southern Sindh provincial government issued on Friday. Flooding in Pakistan has impacted nearly 33 million people, sweeping away homes, crops, bridges, roads and livestock. Read the full report on TST.

Eight African cheetahs are all set to move from Namibia into their new habitat at the Kuno National Park in Madhya Pradesh on September 17. The Quint's report talks about why this translocation is significant. At least 727 cheetahs have been translocated to 64 sited across Africa between 1965 and 2010. Only six of the 64 sites were considered successful based on the births to mortality ratio three years after the introduction began, the report adds. The 'African Cheetah Introduction Project in India' was conceived in 2009. Read the full report on The Quint.

In Al Jazeera's exclusive report, Iranian President Ebrahim Raisi has said United States sanctions must be lifted to reach a nuclear agreement, and there must be guarantees established to ensure their “lasting removal”. Speaking exclusively to Al Jazeera’s Resul Serdar in Uzbekistan, the Iranian president also said that it was not yet time to have face-to-face talks with the United States. He also questioned the sincerity of Washington in wanting to reach a deal with Tehran. “Removal of sanctions should be accompanied with the resolution of safeguards," Raisi told Al Jazeera. Read the full report on Al Jazeera. 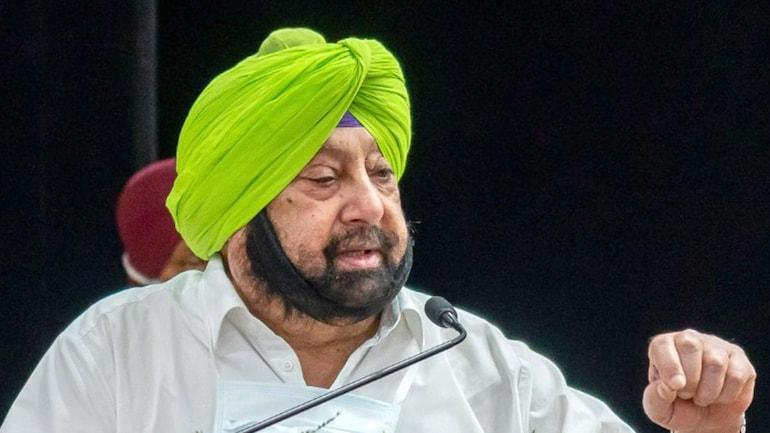 Former chief minister and Punjab Lok Congress chief Amarinder Singh is all set to join the BJP next week in New Delhi, Indian Express reports. The former Punjab CM, Captain Amarinder Singh, 80, who had gone to London for a spinal surgery, had met Union Home Minister Amit Shah last week. The report adds that Singh will also merge his newly formed party, the Punjab Lok Congress (PLC), with the BJP. A former Congress veteran, Amarinder resigned from the membership of the grand old party in early November last year, one-and-half months after he was replaced. Read the full report on IE.