News Dabba 13 July: 5 stories across the web for a balanced news diet

Anushka Vani brings you the daily updates that the internet is talking about through various news websites. Here's a glance through some of the National and International news updates, from Twitter suing Elon Musk, Oppo India caught in custom duty evasion, Sri Lanka in a state of emergency, CNG, PNG price hike, to South Korea's unprecedented half-point interest rate hike. 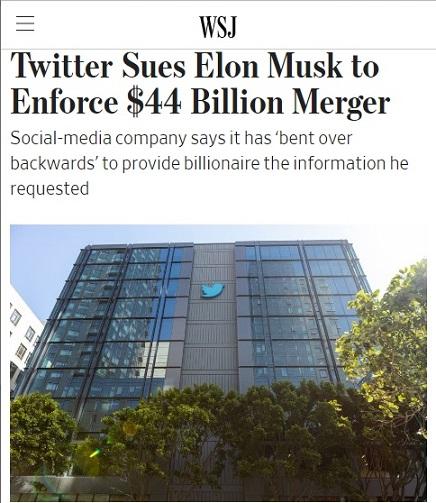 The Wall Street Journal in today’s report states that the social media company Twitter Inc has sued Elon Musk over the billionaire’s attempt to walk away from his $44 billion takeover bid, seeking to force him to honour the terms of the deal. This suit was filed days after Musk moved to terminate the acquisition as the company did not provide the necessary data he needed to assess the prevalence of fake or spam accounts. This was a material break of multiple provisions of the merger agreement, says the report. Read the full report on WSJ.

Hindustan Times reports that the Directorate of Revenue Intelligence (DRI) has detected custom duty evasion of around Rs  4,389 crore by Oppo Mobiles India Private Limited. Oppo Mobiles is a Chinese subsidiary of Guangdong Oppo Mobile Telecommunications Corporate Limited that manufactures, assembles, distributes and deals with wholesale trading of mobile handsets and accessories. The report mentions that the investigation conducted by DRI at the office premises of the company and the residence of its key management employees, led to the recovery of incriminating evidence indicating willful misdeclaration of certain items that were imported by Oppo India. Read the full report on HT.

Indian Express live update report on the Sri Lankan crisis states that Sri Lankan president Gotabaya Rajapaksa has authorised Prime Minister Ranil Wickremesinghe to carry out presidential duties. The president fled to Maldives amid protests. PM Wickremesinghe has declared a state of emergency and imposed a curfew in the Western Province of the country. Read the full report on IE.

State-run utility Mahanagar Gas on Tuesday announced an increase in the retail price of compressed natural gas (CNG) and piped natural gas (PNG), reports Free Press Journal. The prices have hiked by Rs 4 per kilo gram (KG) and Rs 3 per Kg respectively. In addition, the report also mentions that the company has been sourcing the gas from the overseas market to meet the shortfall in the domestic gas allocation. Read the full report on FPJ.

Reuters reported that South Korea’s Central Bank raised its policy interest rate exceptionally by half point on Wednesday. This move was aimed to pull inflation from 24-year highs while balancing the fear of a sharp economic downturn as the business activity struggles. Additionally, it states that the 6 percent inflation prompted calls for action. The policy rate was seen peaking by year-end at 2.75 percent which is five times higher than the two years of Covid-19 pandemic. Read the full report on Reuters.