News Dabba 12 August: Five stories across the web for a balanced news diet

Indie Journal brings you the daily updates that the internet is talking about through various news websites. Here's a glance through some of the National and International news updates, from Nitish Kumar denying PM ambitions, Trump not opposing unsealing of warrant, Delhi Police recovering live cartridges, Palestine declaring “Day of Anger”, to New Zealand rescuing stranded dolphins. 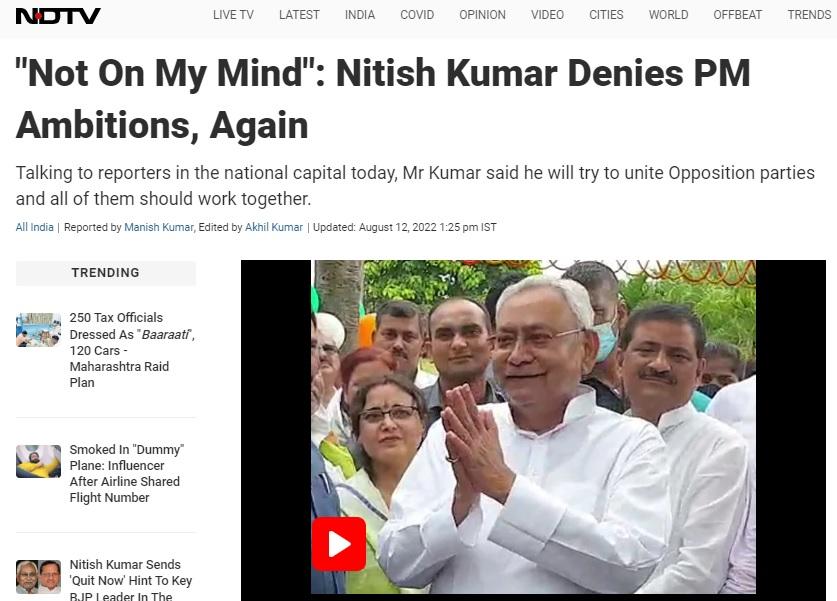 Days after walking out with his party's ruling alliance with the BJP in Bihar, Chief Minister Nitish Kumar again said Prime Ministerial ambitions are not on his mind right now, NDTV reports. Kumar said to the media on Friday that he will try to unite Opposition parties and all of them should work together. After taking oath as Bihar Chief Minister an eighth time on August 10, Nitish Kumar had jibed Prime Minister Narendra Modi over the next Lok Sabha elections, the report adds. The Nitish Kumar-led Mahagathbandhan government in Bihar will have to prove its majority in the state assembly in a floor test on August 24. Read the full report on NDTV.

Trump does not oppose US bid to unseal Mar-a-Lago search warrant: BBC

The BBC reports that former US President Donald Trump has said he will not oppose the release of the warrant that let FBI agents search his Mar-a-Lago home earlier this week. In a statement, Trump said he was encouraging its "immediate release" - but repeated his claim the search was unnecessary and politically motivated. The US Department of Justice has made a rare request to a Florida court to unseal the warrant. If granted, it would mean the documents are made available to the public, the report adds. Read the full report on BBC.

The Delhi Police Friday recovered over 2,000 live cartridges days ahead of Independence Day celebrations. Six people, including owner of a gun house, were arrested, the police said. “Prime facie, the accused appear to be a part of a criminal network but a terror angle hasn’t been ruled out yet,” the police said as per the Indian Express report. The final destination of the rounds was Lucknow and Jaunpur, it added. The police further informed that efforts are on to find the main accused and also suspected is the involvement of an individual currently incarcerated in Meerut. Read the full report on the Indian Express.

TeleSUR reports that in light of the Israeli occupation regime's brutal actions and crimes in areas of the occupied West Bank, Palestinian groups have declared Friday as the "Day of Anger" in condemnation of the crimes perpetrated by the occupation regime. The Palestinian news agency Wafa reported Thursday that dozens of Palestinians had been injured during clashes with Israeli forces in the areas of Beit Lahm (Bethlehem), Al-Khalil (Hebron), and Tulkarm in the northern West Bank. According to the report, the Israeli military arrested 11 Palestinians in the West Bank and Al-Quds.  The report adds that they have demolished houses. Read the full report on TeleSUR.

New Zealand rescuers use buckets, towels to save stranded dolphins 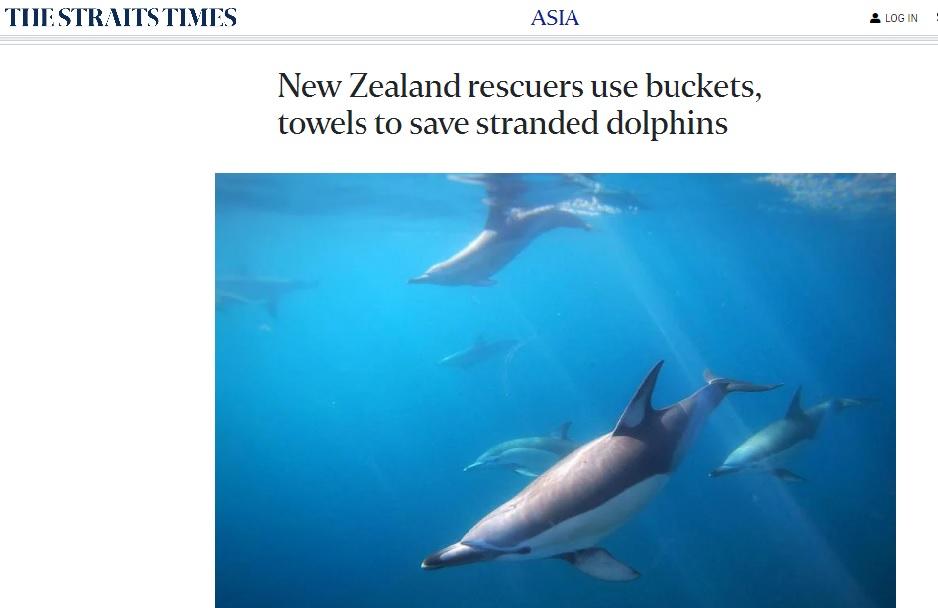 Volunteers in New Zealand saved seven of nine stranded dolphins on Friday. The Straits Times report says that the volunteers did that by carrying buckets of water and wrapping the animals in towels to keep them hydrated until the tide on a remote beach rose sufficiently to float them back to sea. There was at least one calf among the nine animals stranded at Whakanewha Bay on Waiheke Island, off the city of Auckland, said Project Jonah, in the report. New Zealand has the highest stranding rate for dolphins and whales in the world with hundreds of mammals getting beached on its shores every year. Read the full report on the Straits Times.