A total of 3239 candidates from seven political parties will be contesting for 288 seats of Maharashtra legislative assembly. The elections for which, are due on 21 October.

Fighting for survival, the UPA, an alliance of Congress, NCP, Peasant & Workers Party, Bahujan Vikas Aghadi, Swabhimani Sarkari Sanghatana, People Republican Party, CPI, CPI(M) and recently miffed, Samajwadi Party, released their manifesto on October 7, which promises to provide a minimum labour wage of Rs 21,000, unemployment allowance of Rs 5,000 to educated jobless youth for a period of two years, benefits of full-time employees to contract labour and to introduce ‘the disconnect bill', which will provide right to employees to disconnect with their employers after working works in order to reduce stress. The major opposition has also promised to waive off farmer's loans, provide toll-free transportation of agri-produce and a law to regularise seed prices. 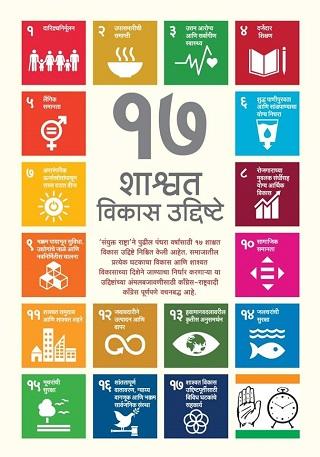 Shiv Sena' s Uddhav Thackeray, an alliance partner with BJP, in his Dussehra Rally on October 8, expressed his content of Abrogation of Article 370 in Jammu & Kashmir. Pushing the Hindutva agenda forward, he urged centre to speed up the construction of Ram Mandir in Ayodhya. The 124 seat sharing compromise stricken Sena Chief also announced they would provide meals at Rs. 10 across state, health check-up at Rs. 1, power subsidy and loan waiver for farmers. The ruling party is yet to release their manifesto. Besides BJP and Shiv Sena, the Republican Party of India, Shiv Sangram, Rashtriya Samaj Paksha & Rayat Kranti Sanghatana form the NDA. The BJP, however, has released only a 25 page 'report card' of its government's performance in the last five years and claimed that most of the 100 promises it made in last elections were fulfiled.

Claiming to become the state's single largest party Prakash Ambedkar led year old, Vanchit Bahujan Aghadi will be contesting for all 288 seats and aims to electorally empower all those deprived, exploited & marginalised communities of Maharashtra alongwith sustainable development. It promises to encourage small and medium enterprises through policy and promises to carry out recrutiments in the large number of vacancies in government jobs, while regularising contractual employees. Riding on the surprising success of 7% of total votes in Lok Sabha elections this year alongwith its alliance AIMIM, which resulted in loss of Congress and it’s allies, this time around VBA has taken the risk of fighting out alone after fall out with its alliance last month.

Apart from the major promise of making education from kindergarten to post graduation free for all, the Vanchit Bahujan Aghadi has also made a surprise promise of 'restructuring reservation' for 'all caste category families' which have 'enjoyed the benefit of reservations for three generations or more. It has also proclaimed support to farming castes which are suffering from economic and social lack of representation. It has also promised that it will take a 'feminist view of policy' into consideration, while announcing that it will establish an 'environment center' in each district of the state. 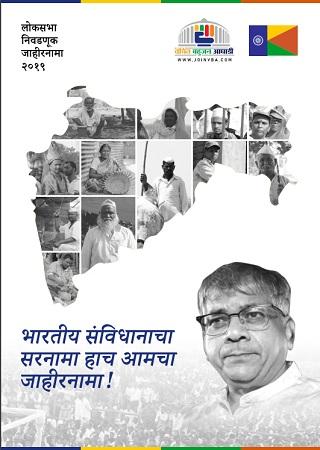 Emphasising the importance of strong opposition a necessity for nurturing democracy, Maharashtra Navnirman Sena's chief, ED interrogated, Raj Thackeray is fielding 103 candidates promising to question the concerns of citizens to the ruling party if won. Similarly Aam Admi party's state in charge Durgesh Pathak promises to provide viable alternative and be people's voice in speaking truth to the power. Asaduddin Owaisi led All India Majlis-e-ittehadul Musalmin, leaving the alliance with the VBA, will be fighting for 44 seats and Vidarbha Sangharsh Samiti are the other two parties contesting. The results of the polls of Maharashtra and Haryana, also going to the polls on 21 Oct, will be declared on 24 October.

(Edited: Corrections and added mention of VBA's promise to make education free for all)