While the effects of climate change and global warming have been clearly visible in the wildfires and smoke clouds in California, USA, in the other part of the world, a large chunk of ice has broken away from the last remaining largest ice shelf of the Arctic in Greenland.

The ice shelf Nioghalvfjerdsfjorden was known to be around 80km long by 20km wide. As per reports, it wasn't the largest ice shelf in Greenland until a few years ago, when the largest ice shelf then lost a lot of area due to warming. "The atmosphere in this region has warmed by about 3C since 1980. And in 2019 and 2020, it saw record summer temperatures," said Dr Jenny Turton, a polar researcher at Friedrich-Alexander University in Germany, while speaking to BBC News on this loss being the continued evidence of the impact of climate change on Greenland. 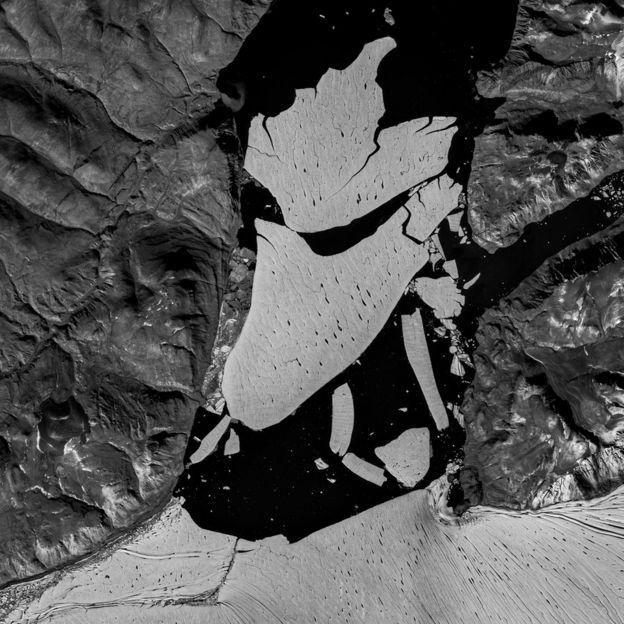 The speed of ice melt in Greenland’s Arctic has been an issue of concern for scientists for a while. A recent report published in the journal Communications Earth & Environment using over 30 years of satellite data has also shown that “Greenland Ice Sheet is losing mass at accelerated rates in the 21st century, making it the largest single contributor to rising sea levels. A faster flow of outlet glaciers has substantially contributed to this loss, with the cause of speedup, and potential for future change, uncertain.”

Earlier this year, towards the end of July 2020, the last intact ice shelf of Canada’s Arctic, Milne Ice Shelf, collapsed into the Arctic Sea, losing over 40 percent of its area in just the last two days of collapse. According to reports, the summer in the Canadian Arctic this year was 5 degrees Celsius above the 30-year average.