Is a crisis being created for the Mahavikas Aghadi government?

The state unit of BJP is leaving no stone unturned to destabilize the state government.

With LegislativeCouncil elections round the corner and Governor holding his decision of nominating CMUddhav Thackeray as an MLC as one of the nominated members, the future of Maha Vikas Aghadi looks gloomy. The state is already fighting COVID-19 crisis on a war-front as it is the worst affected state in India. The death toll has already crossed 400, whereas more than 9000 have been detected as COVID-19 positive in the state. With all this crisis, the politics in the state is getting milked with every passing day.

The prime cause for this heating up of state, politics is the constitutional crisis pertaining to nominating Uddhav Thackeray has the member of Upper House of the Maharashtra Assembly. As per article 164 (4) of the Constitution of India “A Minister who for any period of six consecutive months is not a member of the Legislature of the State shall at the expiration of that period ceases to be a Minister." This suggests if UddhavThackeray doesn’t become a member of either of the houses, he will have to resign as CM resulting in the collapse of the government.

The next question that might erupt in one’s mind is what is the problem in Uddhav Thackeray’s becoming a member?

Nine seats in the legislative council were supposed to fall vacant on 24th April and the elections to these seats were due on 24th April. Owing to the on-going COVID-19crisis, the Election Commission delayed the elections. If the election wouldn’t have been delayed, this crisis would not have arisen as sources suggest Uddhav Thackeray was supposed to contest and would have won on one of the seats. But the rampant spread of COVID-19 delayed the elections for an indefinite period that lead to uncertainty. The only option that was left to get Uddhav Thackeray nominated by Governor to the upper house.

Given the fact that the incumbent Governor had been an active BJP leader in Uttarakhand and the ball lies in his court and as a seasoned politician and BJPs track record of pulling down the govt. it is likely that the Governor brings down the MVA government and gives an opportunity to the state unit of the BJP and LOP to form the government. The series of incidences Over the last few days indicate the same. The cabinet on9th April recommended Governor to nominate CM Uddhav Thackeray to the Upper House of the State. The Governor didn’t respond for 20 days, the State cabinet decided to reiterate the decision and correct the technical issues in the letter and submit it to the Governor. 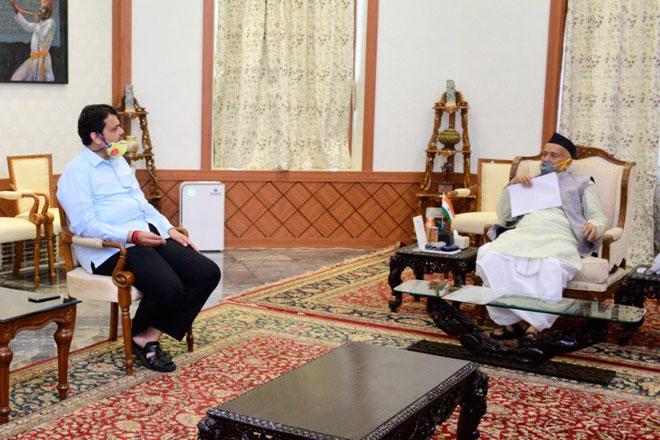 On 28th April, BJP delegates led by former CM and LoP Devendra Fadnavis met the governor. Post-meeting Devendra Fadnavis stated that the meeting was with regard to the gagging up of media by the present government. The question here arises is why did Fadnavis meet the Governor and not the CM? I leave the answer to you. Later in the evening, the MVA delegation led by Deputy CM Ajit Pawar met theGovernor and reiterated their recommendation to nominate Uddhav Thackeray to the Upper House. What has been discussed though not yet officially revealed but sources say that Governor has asked the delegation to request the Central Election Commission to conduct the Legislative Council elections in the state. In response one of the Ministers said, "We will request the CEC once you take a call on the cabinet decision”. Further in reply to this Governor said he will reply to it after a discussion with the Advocate General and Union Home Ministry. This hints that the governor is in no mood to nominate Uddhav Thackeray. Why the state unit of the BJP is trying to destabilise the MVA Government?

Firstly, Maharashtra is an important state both economically as well as politically. Secondly, the state unit of BJP is not able to digest the loss in the assembly polls and the 'betrayal' by Shiv Sena. Thirdly, the increasing popularity of CM Uddhav Thackeray is creating a problem for the BJP as their plan was to sterilise the Shiv Sena as they have done with their allies in other states like Goa and Jharkhand. Hence, the state unit of BJP is leaving no stone unturned to destabilize the state government. There is also an internal rift within the BJP which could be seen from the recent comments of UnionMinister Nitin Gadkari and Pankaja Munde.

What are the possibilities? The first possibility before the MVA is to see if the Governor accepts the cabinet recommendation and nominates CM to Legislative Council. The second possibility is to set for a truce with the BJP, where MVA agrees on giving a few seats out of the vacant 9 seats of the upper house of the state legislature which are due for elections and 12 seats that are to be nominated by the Governor. The third possibility is to request the Central Election Commission to conduct elections for the upper house on the vacant 9 seats before 27th May. The fourth possibility is PM Narendra Modiaccepting Uddhav Thackeray’s request and intervening into the matter. If the prime minister intervenes and stabilizes the government, this will help gain an image of a statesman and recover the damage caused by the state BJP unit before and after the Assembly elections.

The fifth possibility is that NCP Supremo Sharad Pawar speaks with PM Narendra Modi as he shares a good relationship with him and if the impasse is solved, this will also help Pawar to have an upper hand over the MVA Government and will also once again pose him as Chanakya of Maharashtra Politics. Last might be the government take the legal course and claim to intervene and allow the present Government to continue until theCOVID-19 situation normalises as itis a case of force majeure.

But the real question still remains and that is, is it the right time to play politics in Maharashtra?

Author is a political observer and analyst.

(Opinions expressed are author's personal. Indie Journal does not necessarily agree with them.)