The 2019 edition of the nine-day long International Film Festival of India (IFFI) kicked off on the 20th of November and concluded on the 28th of November with over 200 films in the line-up, competing in several categories.

Started way back in 1952, the first ever IFFI was organized by the Films Division, Government of India, under  the patronage of India’s first Prime Minister – Pt. Jawaharlal Nehru. The International Film Festival of India (IFFI) aims at providing a common platform to cinemas from around the world.

Having existed for almost 48 years and having been held in Goa for over a decade, IFFI has grown massively in both quantitative and qualitative terms. In 1952, it started with the participation of 23 countries with over two hundred film entries. This year, the numbers have quadrupled to a whopping 1000 entries from over 100 countries across the world.

This year IFFI celebrated its Golden Jubilee. There were around 200 films from 76 countries; 90 Indian Premieres, 5 World Premieres and 11 Asia premieres; certainly a visual treat for cine enthusiasts.

On receiving the screening schedule, it is really difficult to make a guess on what films might be worth watching. Yes, one may use certain parameters such as following a particular director or actor's work, making it an easy choice, but deciding which may be a movie worth watching is a tough call, and so so one usually runs into noteworthy films mostly by accident. There were various Film sections in IFFI 2019 and here I share the names of those I that I was able to watch.  l will be writing about some of the films that I liked the most in separate articles.

The international competition featured 15 movies from various countries, in different languages and genres, competing for the coveted ‘Golden Peacock’ prize.

My Pick: Captives, Particles, Stories from the Chestnut Woods, The Science of Fictions, Jallikattu, Chronology

This section is a launch pad for filmmakers whose films reflect a new paradigm in motion pictures in terms of aesthetics, technique or technological innovation.

My Pick: My Name is Sara, Cleo

This section featured films which carry the values followed by Mahatma Gandhi dedicated to his immense contribution to society.

This section is a  platform on which new and old cinematic talents from all parts of the world came together;  it featured 17 films by Master filmmakers of international repute.

The Festival Kaleidoscope section consisted of 20 films, handpicked and curated from various parts of the world which have made a mark in the minds of the festival audience with their outstanding caliber in terms of their craft, unique content and brilliance in film making.

This year the Country of Focus was Russia. Eight movies from the country which brought out the cinematic excellence and contributions of Russia were screened.

This section featured  films that won the Golden Award in  the past Forty Nine years. This curated section retraces the journey of IFFI and screened Eight films from Eight different countries.

This section was very interesting. It was a tribute to a lost form of film viewing. Three classics by three master filmmakers were screened accompanied by a master pianist performing live during the movie.

Apart from above Film Sections, there were a range of films which were put under various categories.

IIFFI 2019, creatively endeavored to screen a range of films from across the globe to the audience. The effort was phenomenal.  IFFI 2019 paid homage to Bernardo Bertolucci and Agnes Varda two great French filmmaker. Soul of Asia brought unique experience of watching Asian film making.  Filmmaker in Focus section, featured outstanding filmmaker from Japan, Takashi Miike, and it gave a fabulous introduction to his cult film making which often mixes distinctly different genres.

IFFI 2019 hosted a Retrospective on iconic British filmmaker Ken Loach, best known for his social-realistic cinema touching on issues faced by the less privileged in the society.

Another special section was ‘Oscar Retrospective’ which celebrated some of the most outstanding Hollywood classics which had won the Best Film award at the Oscars in the past. There was Indian Panorama section for contemporary Indian feature and non-feature films as well as Special Goan Film Section showcasing seven local Konkani films were special attractions in IFFI 2019. 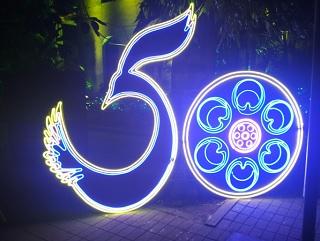 IFFI 2019 showed great commitment of reaching out with 14 films, to common people who have not registered for the event, by screening them in Open Air Screening Sections in two venues in Panjim, Goa. The International Film Festival of India has gained itself a reputation of being one of the most significant film festivals in Asia. The following discussion regarding some issues experienced is only to make the event more meaningful for the participants film fraternity as well as the audience.

The 50th IFFI introduced a section on silent film viewing with the live music. Live music with silent films has its history. Celebrated British pianist Jonathan Lindsay performed live during the screening of Battleship Potemkin, one of the most celebrated films. However Mr.Lindsay was to give live music to the film, the organizers started the film with its music track. Realising the mistake, they started the film without music but this time mic given to him didn't work and after correcting that, the film did not play properly for sometime. These technical errors can be very disturbing for the performers as well as audience.

‘Server configuration’ is one more area IFFI needs improvement. As booking window opened 24 hours before screening starting at midnight 12,  all the delegates were trying to book at the same time and as a result the server kept crashing every now and then. People had to wait till 1 am to complete the booking, and the films you really wanted to watch were already full. This could have been anticipated that there would be traffic on the servers as the organizers already had the registration details with them.

Last but not the least, the availability of  the food stall setup by the organisers. The food was charged with extremely high rate. On enquiring the owners of the food stalls, it was shared that they had no choice but to keep the price high as they had to pay big rent for the stalls. The audiences of these film festivals are from varied range. The people who make time for these festivals are film lovers,students or film makers  and the festivals play an important role in shaping audiences experience of watching films and understanding too. It’s extremely important aspect and thus affordability of the films and basic amenities is a crucial part for the audience. Government funded Film Festivals are not for profit making. This year's additional 5cr budget was allocated which makes total budget for IFFI 2019 up to 18cr in total. Hopefully this will be avoided henceforth so that people can participate, learn and enjoy the films comfortably.

From showcasing the most critically acclaimed films from around the world to providing a competitive platform to Indian Regional cinema, IFFI has come a long way in fostering the talent of both eminent and budding filmmakers. Let's hope it will continue to do so with more responsibly and with diverse quality content. 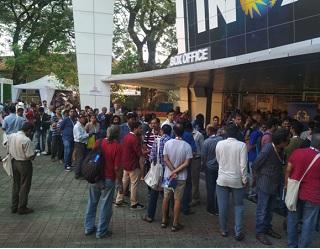 The French-Swiss drama was directed by Blaise Harrison and produced by Estelle Fialon.

Lijo Jose Pellissery won the award for his film ‘Jallikattu’. Though the film begins with the man versus wild theme, it slowly evolves into man becoming the wild. The jury said that the honour the intricate and complex choreography of  the original and anarchic film.

Seu Jorge  won the award for his portrayal of his character, Carlos Marighella in the Brazilian movie ‘Marighella’. The jury said that he was honoured for the powerful and charismatic portrayal of a revolutionary, which is very relevant in our increasingly authoritarian times.

Usha Jadhav won the award for her portrayal of  ‘Prabha Mai’ in Marathi movie ‘Mai Ghatt: Crime No. 103/2005’. Her performance was described by the jury as an understated and powerful performance of a mother defending her child’s honour against the society’s corrupt system and its injustice.

Pema Tseden won the award for his film ‘Balloon’, which is set in the background of Tibetan grasslands. He won the award for the beauty of the film’s language and the authenticity of the actors.  The award carries a cash prize of Rs 15 lakh, silver peacock trophy and a citation.

Abou Leila traces the story of two childhood friends who crossed the desert to search for a dangerous terrorist Abu Leila.

‘Monsters’ surrounds a relationship drama and describes the current state of a couple over 24 hours.

The award carries a silver peacock trophy, cash prize worth Rs 10 lakh and a certificate.

Abhishek Shah’s Hellaro won a special mention from the jury for its”‘incredible music, colour and choreography.” The film portrays the issue of women empowerment in a time 45 years ago, which is very relevant today.

Rwanda, the Italian film directed by Riccardo Salvetti has won the coveted medal. The medal bears a Gandhi portrait engraved by the French artist Pierre-Yves Tremois. It carries a message that reads, “In the midst of darkness light prevails”.

The Indian film won the special mention under the medal category. The movie is directed by Sanjay P. Singh Chauhan.

The ICFT –UNESCO Gandhi Medal was instituted by UNESCO and the Paris-based International Council for Film, Television and Audiovisual Communication.

Sahil Kalloli is a film enthusiast, playwright and artist associated with Indie Journal.