India is at loggerheads with its neighbours, China and Nepal, over border disputes as some signs of de-escalation on the Sino-Indian border emerged on Wednesday. Troops from both sides have started pulling back from the position of the stand-off as the military level talks progressed.

Nepal has asked India to resolve the issue through talks. However, it seems a long haul for both the border disputes before any concrete progress is made. The dispute with Nepal is over the inauguration of a link road by India in a disputed territory located at a strategic junction on its border with Tibet, China. The Nepali Parliament is likely to approve the country’s revised map, which shows the three disputed areas along its border with India.

China has opposed the construction of a major road by India in the Finger area along the Pangong Tso Lake and another one in Galwan valley.

Quoting the Indian Foreign Ministry, AsiaNews said the military leadership from both sides on Saturday decided to “peacefully resolve the situation in the border areas.” The decision was based on the discussion held in the Wuhan Summit in 2018 between the leaders of both the countries to maintain peace along the Line of Actual Control (LAC).

However, according to the Global Times, “The ongoing standoff is not likely to end immediately, as concrete issues must still be resolved." India and China share among the longest land borders across the globe. The countries have been alleging each other with crossing the LAC that separates them. The border has been the reason for several flare-ups in the past, including the 1962 war.

The ground reality in the militarised border region is not known as the dispute is largely surrounded by propaganda, media campaigns and news leaks. Video clips of fights between soldiers have gone viral on social media in both countries, which have not been confirmed and also dismissed in some cases.

The leaders on both sides garner public support by evoking nationalism and giving a grandiose vision of the future to their peoples. This leads to rhetoric meant to be consumed by their home audience. Indian Home Affairs Minister Amit Shah at a Bharatiya Janata Party rally said, “…any intrusion into the borders of India will be punished.”

According to Asianews, a write-up carried on the official PLA website first published in Global Times cites military analysts saying, "The ongoing standoff is not likely to end immediately, as concrete issues must still be resolved." The issue is decades old and aggravates as both sides refuse to accept each other’s claims on the territory. 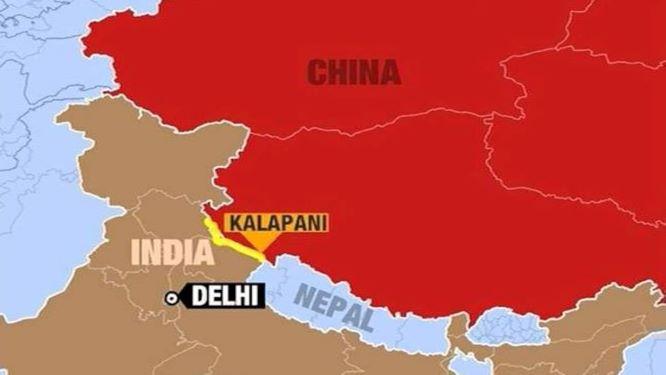 Meanwhile, a BBC report said people in Nepal are protesting and alleging that India is disregarding Nepal’s sovereignty.

A revised map published by Delhi showed the disputed territory, including the Lipulekh pass, Kalapani and Limpiyadhura as part of India. Indian media and government officials accuse China of instigating Nepal to revise the map.

The Lipulekh pass has a strategic location and connects India’s Uttarakhand state with Tibet. The border row has whipped up nationalism in both countries. Nepal has demanded that India should pull back its jawans from the Kalapani area.

BBC quoted India's former ambassador to Nepal Rakesh Sood who said, “The increasing rhetoric on territorial nationalism on both sides is not good for bilateral relations.”

In fact, people living in the three disputed areas are now Indian citizens and India controls them for the past six decades. These people also pay taxes in India and vote in Indian polls. When drawn their attention to this, Nepali politicians said they could not raise the border issue with India as Nepal was facing a political crisis due to the Maoist-led insurgency.