Fires behind the smoke

Increased incineration of garbage has led to a decline in the quality of breathable air in Pune.

Aayush Pandey । Despite being ranked fifth among India's cleanest big cities in Swachh Sarvekshan last year, the burning issue of garbage dumping and incineration continues to persist in Pune. Despite numerous laws against illegal dumping and incineration, people, as well as authorities, still depend on burning as a way to dispose of garbage. Increased incineration of garbage has also led to a decline in the quality of breathable air in Pune. Increased garbage and construction debris has bothered Pune Municipal Corporation (PMC) and Zila Parishad alike.

Residents from across the city point towards the mismanagement of garbage and apathy from administrators as the reason behind the piling and incineration of garbage. The heaps of waste in the dumping ground located in Vanaz, Kothrud are getting bigger by the day. Discarded sanitary and contraceptive waste such as condoms, sanitary pads, diapers, plastic bags along with household medical waste like cotton and bandages are incinerated here twice a week. Complaints were made from the nearby residents of Pratik Nagar but they say no witnessable changes have been made.

“The waste is problematic enough just by being there, but incinerations make matters worse. There are schools, hospitals, residences and offices in the area and all get affected by the smoke. The residents have tried complaining to the police and also to reach government bodies but nothing has been done yet,” said Diksha Awasthi, a local resident.

When the workers at this dumping ground were enquired about incineration, they said, "This garbage (sanitary, medical, etc.) has no recyclable value. The garbage truck driver suggested burning it down so that it does not spread any infections. Such waste usually attracts swarms of flies and is also unsafe and unhygienic to be treated any other way,” Sagar Bindre, a segregator at the Kothrud waste depot said. 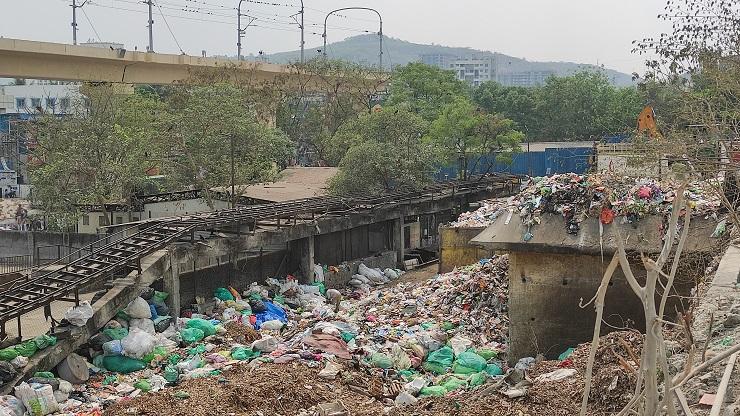 PMC's Head of Solid waste Department Ajit Deshmukh said, "Under PMC, 1,000 to 2,000 tonnes of waste is processed every day. There are chain systems for trash collection from door to door by SWaCH, segregation, processing and disposal. Earlier, there were several metal bins in every locality that were removed due to the success of chain systems. When the waste is collected from your doorstep there’s no need to burn it. Anyone who treats garbage otherwise is indulging in an incriminating act and is punishable accordingly.”

When enquired about the incineration at the Kothud waste depot, Deshmukh added, "The incineration of bio-waste happened till the second COVID lockdown only. That was when it came to our notice. However, burning of any kind of waste has been prohibited and all depots are advised the same. If we find that incineration is going on at any such centres in our monthly surveys, the workers there will be penalised."

Incineration of waste is not an issue just at waste depots and dumping grounds. Small businesses all over Pune practice incineration as a form of disposal. Business owners such as automobile repair shops, snack stalls and beverage sellers also burn the packaging waste after the sale. Vacant plots across the city often turn into dumping grounds in such areas where most of the paper and plastic-based waste is burned.

When enquired about their practices, Kanta Ram, a tea stall owner in Lokmanya Nagar in Kothrud said, “Who will wait for the next day for the disposal of such waste. We try to keep our business free from harm’s way. Burning of wastes prevents the gathering of pests and the smoke keeps mosquitoes away too due to which the customer also eat with satisfaction.”

Throwing garbage in the open and burning it is a crime as per PMC's regulations. As per the information provided by PMC's Solid Waste Management Department, between January 1 and April 6, 2022, 5,798 offenders have been charged by the PMC from whom, a total fine of Rs 10,05,280. The offenders included individuals as well as industries.

Despite the numbers and rules presented by the PMC, the city still suffers from the fumes of garbage day and night. Talking about how unregulated treatment of dumping grounds affects daily lives, residents of Baner and Balewadi citizens shared, "As the waste keeps piling up, someone or the other lights up the garbage in order to make space for more dumping. Local street vendors, restaurants and local hostels and paying guest facilities are partakers of the dumping and incineration. During rain the filth rots and gives off a foul smell, water gets clogged in nearby sewers due to clogged waste, and sometimes snakes and rodents also come out of that,” said Tushar Sethe, who lives near Balewadi Phata.

Residents Sadashiv Peth also expressed their disappointment over the burning of waste. “People live in these areas. When the smoke rises it creates problems for kids playing in the surrounding area, the senior citizens and stray animals. Dumping has been a problem but burning doesn’t make things better. Whenever you visit Sarasbaug Temple in the evening, someone has always burned a heap of grass in the vicinity. People do not go to temples to breathe in the smoke from waste, incense sticks are good enough already,” said Rachna Deshpande, who runs a food stall near the temple.

Not every part of Pune might burn garbage, but dead leaves are burned everywhere in the city. These leaves are supposed to be decomposed through vermicomposting, but no one practices that. The ones lighting up the fire try to reason saying “nothing will happen with just a bunch of leaves”. 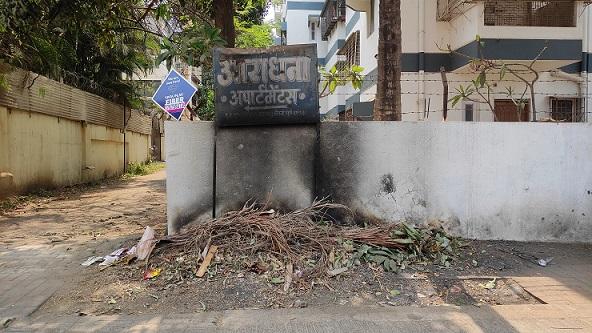 Not all business owners incinerate their waste. Many take the garbage to be recycled properly. There are many recycling points available all over the city. One such Recycle point is at Fergusson College Road from where most of the plastic waste from the surrounding area goes for recycling. However, here as well, dry leaves are still incinerated on a large scale almost every night. The waste pickers burn the leaves behind a school playground on Bhandarkar Road.

The burning of garbage in open areas degrades the Air Quality Index (AQI) and makes the air unhealthy, even more so in dry summer months. "Dry air spreads dust and smoke faster, consequently effluents such as carbon dioxide and carbon monoxide get mixed in the air affecting its quality. The dry air becomes polluted and there have been several complaints of chest heaviness and breathing problems in areas with unregulated waste and dry leaf combustion. Rain becomes a temporary solution as it washes away the pollutants mixed in the air. However, if the incineration is not regulated, the climate will be impacted heavily," explained Mahesh Palawat, Vice-president of Meteorology and Climate Change at Skymet.

Waste Disposal in Hinjewadi has been a concern for ages and for the Pune Zilla Parishad (ZP), it has become a priority area. However, the open dumping of waste and debris is still rising at an alarming rate in the area. Hinjewadi IT Park Resident Welfare Association (HIRWA) has been protesting against the open dumping and incineration of garbage since 2018, however, no one has answered their call. “The procession is not moving forward, no progress has been seen to date. Unregulated dumping area in IT Park phase 3, near Megapolis symphony mall, is on highest alert,” said Dnyanedra Hulsure, a member of HIRWA.

Hulsure tells more about what happened when they took the problem to concerned authorities, “We did raise our voices, ZP some steps. At first, it was decided that the Maharashtra Industrial Development Corporation (MIDC) will provide land for dumping and segregation where Pune Metropolitan Region Development Authority (PMRDA) will set up the plant. Pune ZP CEO Ayush Parishad tried to take the project ahead, but at the last minute, MIDC authorities decided not to sanction the project due to unavailability of land that huge.”

Sharing information on the same, Ayush Prasad said, “We have sanctioned a waste processing plant with 180 metric ton capacity in Chande village near Hinjewadi, where we will process both organic and inorganic waste."