It has been four months since Nal Stop and SNDT bus stops were decommissioned.

Ketki Shukla, Bhumika Oak | It has been four months since two important bus stops on Karve Road - Nal Stop and SNDT - were decommissioned, and yet no alternate plan has been set in place for the commuters taking buses regularly from these stops. While people find the decommissioning "unreasonable", the Pune Mahanagar Parivahan Mahamandal Limited (PMPML) officials say that even they did not support the decision, made to ease the traffic congestion in Nal Stop chowk.

The traffic around Nal stop – Karve Road has been the talk of the town for the last few months. The decommissioning of the bus stops in the area followed the construction of the double-decker bridge, Bharatratna Atal Bihari Vajpayee Flyover, as part of the Maha Metro's Phase II line (Vanaz-Ramwadi) opening.

However, the rerouting of the PMPML buses as well on the flyover has cost the people travelling on the route from Deccan to Kothrud two stops. Earlier, while travelling from Deccan, the bus would stop at Garware College, Sonal Hall, Nal Stop, SNDT College, before the Paud Phata stop. However, now, the buses have to skip Nal Stop and SNDT College stop altogether, leaving a distance of around 3 kilometres without any bus stop.

Jayatsu Patil, 22, one of the regular commuters on the route who was dropped off at Paud Phata bus stop said, “Since the time the SNDT bus stop has been decommissioned, we are dropped off at Paud Phata. But the ticket says Kothrud which is in a way misleading for the passengers who are not regular. The SNDT bus stop was much more convenient. I really hope they revive the bus stop.” 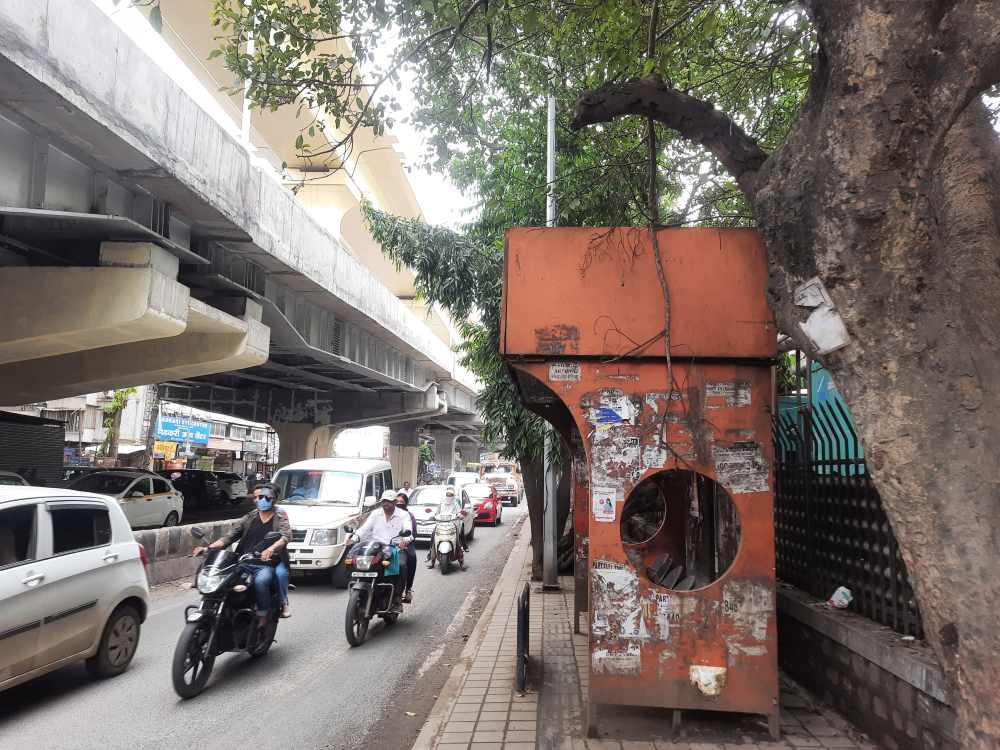 When reached out about this inconvenience, Dattatray Zende,  Chief Traffic manager at PMPML said, “It was not just PMPML’s decision, it was a combined one along with the Pune Municipal Corporation (PMC) and the Traffic Police. Even we were not so keen on removing those stops. It has contributed to our loss too.”

While Nal stop is a prominent interjunction in the city which connects different areas like Deccan, Kothrud, Law College Road, Erandwane, etc. Schools like Abhinava Vidyalaya, Pandit DinDayal Upadhyay English Medium School, SNDT Women's College are located in the vicinity of these bus stops. A prominent IT Park as well as several commercial establishments and offices got access to public transport through the Nal Stop bus stop. Not only the locals here, but students who study at the schools and colleges in the area nearby or people who work at offices in these areas also root for that stop.

Another passenger said that they are informed by the conductors about the shift of the bus stop but it still does not change the fact that decommissioning of these bus stops remains unreasonable to passengers.

Zende added that public pressure can help overturn the decision. “There have been incidents in the past where bus stops in other parts of the city were decommissioned. However, after consistent demand and pressure from people, the administration had to revive those stops. The same could turn out for Nal stop and SNDT bus stops if the passengers take the same initiative.”

Meanwhile, the intensifying traffic congestion at Nal Stop, Law College Road continues to be a major concern for the city officials. The PMC still wants to construct the Balbharati-Paud Phata Road in hopes of resolving the issue at Nal Stop Chowk. The recently constructed flyover on Karve Road did not turn out as expected a help as it was supposed to be. It is rather seen causing a greater inconvenience and traffic congestion to the citizens travelling in the area.

“The bridge in a way intrudes the space of a big vehicle, clearly narrowing down the road making it difficult for the buses to take a turn resulting in traffic blockage,” Zende said.

The Chief Traffic Manager also mentioned, “The post-pandemic increase in the number of private vehicles is also one of the reasons why the buses suffer as the latter carries more people than any other private vehicle would, contributing to unreasonable consumption of the space on the roads.”

Recently, a survey by "goshorty" company based in London has observed that Pune ranks 11th for traffic issues in the world. However, while the government seems to be focussing on constructing more roads and flyovers, the importance of public transport in solving the problem of traffic is often ignored. Decommissioning important bus stops will certainly not help ease the traffic situation in the city.