The difference between the fares ends up escalating the current conflict.

Aayush Pandey| Auto-rickshaw drivers and bikers providing transport services through bike share app Rapido and platforms like Ola and Uber have locked horns in Pune. While the financially stranded young bikers say that bike-share services are their only source of income, auto-rickshaw drivers have raised objections saying that these services that have not even been recognised by the State Government yet, are ‘stealing’ their passengers. The conflict has also resulted in instances of violent altercations between the two.

Rapido is a smartphone app that provides bike-taxi services in many parts of the country at comparatively lower rates. Many unemployed youngsters who own a two-wheeler apply and get registered as a ‘Rapido Captain’.  The difference between the fares charged by these bike-share services and the auto-rickshaws further ends up escalating the current conflict. As per the latest revised fares, the minimum fare of auto-rickshaws in cities like Pune is Rs 21. On the other hand, one would have to pay a minimum fare of Rs 15 for the same in a bike-share.

The difference between the fares ends up escalating the current conflict.

Apart from the fares, the fact that the bike-share service has not yet been recognised as public transport in the state is also drawing hostility of the auto-rickshaw drivers towards the Rapido Captains.

“I have been driving an auto-rickshaw for the past 38 years now and never have I ever faced problems as I am facing now. It was bad enough already due to Covid but since the bike services came into the picture we have been getting even fewer customers. Their two-wheelers are not even enlisted as a proper medium under the RTO yet the customers have started turning towards apps like Ola, Uber and Rapido. The riders don’t even know the routes as well as we do but they have maps to use or bother the customer for location. Our earnings have plummeted,” auto driver Shambhaji Gole said.

Roppen Transportation Services Pvt. Ltd., the company behind Rapido, has filed a petition in the Bombay High Court for getting legal recognition for their services in the state.

“Regarding the license or permission to permit bike-taxis in Maharashtra as a matter of policy and secondly to permit the petitioner i.e., Rapido to retain the online app until the policy decision is taken, the petitioners are willing to include a disclaimer on the app itself that such a service is presently unavailable in Maharashtra,” says the order issued by the HC on January 20, 2022. The next hearing is scheduled on February 21.

Meanwhile, the bikers offering their services through the platforms in cities like Pune, Mumbai are saying that they are falling prey to violent and offensive treatment by auto-rickshaw drivers.

“On January 31, 2022, I was booked for a ride at around 8:30 pm in Pimple Saudagar. When I reached the pick-up location, I realised it was a fake ride. Around 15-16 auto drivers ganged up on me and attacked me,” claimed Adhil Umaranikar, Rapido captain. 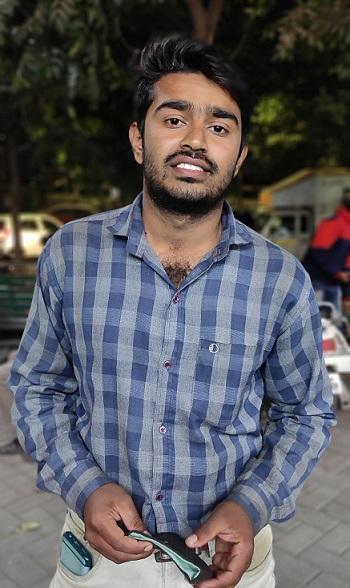 He was injured, he said, but managed to escape. “They hit me on my head, but I did not suffer any grievous injuries as I was wearing a helmet. But my ear got injured. It was only with the help of the people present around that I escaped but they still tried to track me with the location of the ride so I turned my phone on airplane mode. I have been so afraid that I haven’t accepted a ride since that day,” Umranikar said.

Several bike taxi riders in the city have complained of this offensive treatment in the form of violence and extortions from auto drivers.

“It’s been going on for a couple of months now, harassment from the auto drivers and police,” said Omkar Yadav, a Rapido captain. “Fake rides and violent acts are a regular occurence but now the auto drivers are also damaging our vehicles. Most of the bike taxi drivers I know are unemployed graduates. I myself am an engineer but couldn’t find a job so I joined Rapido as a captain to be able to support my family. But that is getting more difficult by the day. These auto drivers have bothered many of my friends with calls of threat or extortion,” Yadav said.

He also said that the captains are finding it difficult to get support from the police.

The police are not lending a hand either. In turn, they confiscate our bikes and we are charged with a fine.

When contacted about the same, Rapido Co-founder Aravind Sanka said, "Auto drivers harassing our captains is concerning. We strongly would like to state that Rapido is and has always been a law-abiding corporation and we comply with all laws of the state in providing income opportunities for the local residents. The benefits that consumers are receiving are pushing up the adoption of bike taxis. The seizure of our captain's bikes is a testament to how Rapido as a brand is being harassed."

The conflicts between auto-drivers and apps providing transport services are not new in India’s cities. Similar conflicts were observed when platforms like Ola and Uber began offering cab services in the city. However, this time, the rickshaw drivers are also angry that the bike service can be provided without any authorisation yet, while a rickshaw driver has to go through several procedures.

“An auto driver has to go through several certifications to get approved first as a capable driver with no criminal background and pay up the relevant fee required to issue a permit as a driver. They have to get their rickshaws licensed with the meter authorised by the Regional Transport Office (RTO). Whereas for offering bike taxi service, one just has to download an app and own a personal vehicle without requiring any permit or approval. It is not fair to us. with the prices they offer we might end up useless,” Vijal Belsarkar, an auto driver said.

Sanka added, "We have been in constant conversations with the concerned authorities for a couple of months as a result of which the Mumbai High Court has directed the State authorities to consider our proposal to introduce a bike-taxi policy in the state. We are now in the process of seeking their help in understanding the legal framework, and we're hoping to hear back soon so we can continue to adhere to it."

The Central Government, in 2004, had allowed motorcycles to be categorized as transport vehicles.

The Central Government, in 2004, had allowed motorcycles to be categorized as a transport vehicle under the Motor Vehicles Act (MVA), 1988. Under this, several states like Goa, Uttar Pradesh, Rajasthan, Haryana, West Bengal, Tamil Nadu have allowed bike taxi operations within their jurisdiction. Cities like Bengaluru, Chennai, Hyderabad, Lucknow also have Rapido bike taxi services, with some cities facing issues just like in Pune.

"When asked about the situation in Pune, Sanjay Sasane, Deputy RTO, Pune said, “No, bike taxi services are not authorised in Pune. Auto drivers have permits to drive around the city. But I cannot say much about it at the moment due to the ongoing case in the High Court. Let’s see what happens,”