Battleground Kerala: A look at who stands where, the Hand, the Sickle and the Lotus

What is different this time is that the opposition has no simple, universal narrative.

One may stick their neck out and say that the motor of Kerala history is not the clash between Hindutva and the people loyal to Malayalam, for the short term at least. It is not traveling along a path parallel to Bengal. It diverged long back.

It is not even a direct class or caste struggle. What Kerala has is a motley of local, geographical, communal, and, perhaps least of all, class-caste issues. This has been the case in nearly every election in the state, and each time, the swinging electorate was mentally mobilized using a universal discourse. It is from this punctual mobilization that the history of anti-incumbency arose.

What is different this time is that the opposition has no simple, universal narrative to fall back on to. In the high ranges, the UDF is banking on weak Left leadership. In South Malabar, the Left is mobilizing longstanding Sunni critiques of Mujahid-Tharavadi nexus inside Muslim League, and reviving the 80s discourse of League communalism. They seem to be making inroads with it. The countermobilization relies only on the foreign concept of Islamophobia, which has little material possibility for the time being. No wonder the rebel Sunni faction has accelerated its propaganda in favour of the Left. In the coastal areas, neither LDF nor UDF seems to have a solution to the class and caste-related problems, and UDF is likely to successfully mobilize the discontent against the Left Latin-OBC fishermen representatives.

The advantage Left has had among them is under threat thanks to flimsy policymaking and the inability to improve state support. In North Malabar, Congress is attempting a last-ditch revival against rural Left power. The Congress has been historically limited to the (small) bourgeois centers in this region, while the productive rural populace has been overwhelmingly leftist. In Central Kerala, both fronts seem keen on consolidation rather than mobilization. In the southern strongholds of the Left, the discontent, if any, is invisible. In Trivandrum too, the reaction has been tamed and the Left has worked out a compromise with the city's petty elite.

The Syrian Christian capitalist belt in Northern Travancore is increasingly becoming paranoid about Muslims turning Islamist ever since the Hagia Sophia debacle, and consequently, Left appeasement of Christian clergy, capitalists, landlords, professionals, and professional politicians has become overt. There is no real peasant-for-itself class, and agriculturalists are split in their support, as usual. The attempts to create universal narratives against Communist corruption based on gold smuggling and KIIFB have completely missed the nerve-endings of the electorate. The media factory produces the narratives out of compulsion, and the consuming class watches them out of compulsion. 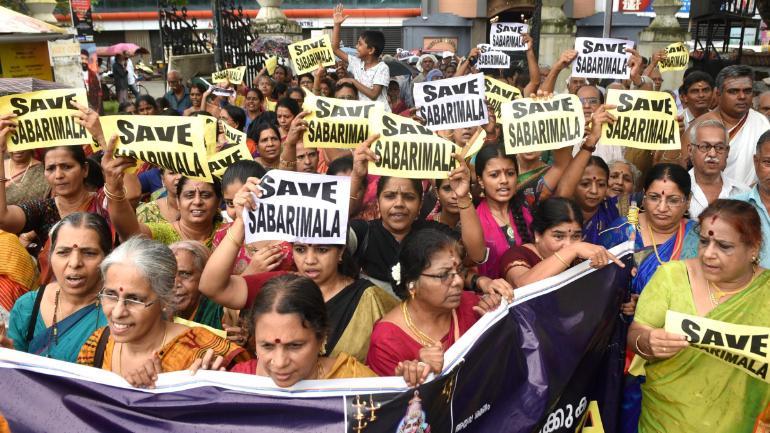 Where is the BJP in all this? They are the prime practitioners of overt, universal caste politics. For many years, they have produced impotent leaders with no indigenous plan of action. What they plan now is to create a comprador political class who will uphold the Central leadership's positions on their issues of interest, while on the other hand creating a 916-Malayali political plan for the state. The big struggle between BJP and Left is therefore happening in the Devaswoms (Temple Administration Boards), where the Left is attempting a spiritual revolution through reservations, while the BJP is backing a weakly articulated Nairist-Brahmanist counterrevolution, a policy which the Congress has hijacked with a campaign and draft law, ostensibly to stop Nair outflow to BJP.

The Brahminists are largely irrelevant in Kerala politics these days, while Nairism is a latent but potent force. Partial populist control over the temple economy (which is being stemmed by the statist Left), the Hinduization-Malayalization-Sanskritization of the Dravidian Tamil races (who are categorized differently as Nairs, Ezhavas, Arayas, Dalits, Adivasis etc), and an embryonic ideology of a Kshatriya-led Varna system is what the BJP has in Kerala. The only proper caste-based political party in Kerala, the BDJS, is allied to BJP, but they have scant respect among their base community, the Ezhavas. The translation of these cultural forces into electoral gains has saturated for the time being.

(The other axis of caste politics is the contradiction between Hindu society and Dalits. Unfortunately, there is no Dalit party that has successfully mobilized along this axis, and this contradiction is largely irrelevant to the election. Dalits will have to vote for Hindu politicians or Dalit politicians approved by Hindu leaderships. As a result, they're split almost evenly across three fronts, leaning slightly more to the Left, thanks to their Dalit welfarism.)

The creation of a comprador political class in fringe sub-nations is a long-term strategy of all imperial ideologies, with slow and assured results. The Romans, the Church, the Mongols, the British, the Turks, the US - everyone has done it and has been by and large been successful for at least a few years. Under the rigid boundaries of nation-statehood, it is even tougher for sub-nations to challenge such comprador classes. Therefore, unlike Bengal Hindutva, where the ruling class has to actively work for the making of a Hindu Rashtra because of geographical necessity, Kerala BJP will have nothing to contribute other than solidarity and servitude, if at all they become a strong force.

Until then, the history of Kerala will remain under the legacy of colonial development and underdevelopment of communities and geographies. A second Pinarayi government may not be a dictatorship of the proletariat, nor will the return of UDF be a secret Hindutva rule. What will matter is how either comes to power and the leverage which underdeveloped communities achieve out of it.

The author is a Media student at Jamia Millia Islamia and a writer.