With Election Commission of India declaring the dates for elections for 9 vacant seats of the Legislative council, CM Uddhav Thackeray has managed to survive a major constitutional crisis hovering over his head. Now the elections will be conducted and will have a decisive end avoiding another political circus. However, it becomes imperative to introspect, analyze the politics and the prudence of this drama especially when the state is fighting the battle with COVID-19.

Article 164 of the Constitution says that a minister and so on a chief minister shall cease to be one if she/he is not elected as a legislator within six months from the date of appointment to the post. Since the 1st week of April, the politics in the state had become volatile as CM Uddhav Thackeray was nearing the end of this constitutional breathing period of 6 months.

The elections to 9 seats of Legislative council were due on 24th April but were postponed due to the Pandemic crisis. Soon after this declaration, on 9th April, Maharashtra Cabinet passed a resolution to nominate Uddhav Thackeray to legislative council from Governor’s Quota, as 2 seats of this quota were vacant. After the cabinet meeting, visits of the BJP leaders to the Rajbhavan, official house of the Governor increased. These visits raised speculations of BJP’s strategy to create political turmoil in Maharashtra. In addition to the visits, the IT cells also targeted Uddhav Thackeray by demanding his resignation after the Bandra, Palghar incidents and a 12-hour enquiry by Mumbai Police against news editor Arnab Goswami. Hashtags like #UddhavThackerayResign, #WorstCMEver, #MahaEmergency were trending on twitter.

All these events are nothing but a continuation to the chapter of political turmoil created by BJP in Madhya Pradesh earlier in March thus, all these steps demonstrated desperation of the BJP state unit and its ‘manoeuvres’ to dethrone Thackeray Government. The political crisis in Madhya Pradesh was blamed for the sudden increase in COVID-19 cases and a new hotspot in Indore. These events in Maharashtra, instead of benefitting the BJP, have exhibited its political immaturity and lack of sensitivity towards the people who were both in deep trouble and panic. In a letter to the Governor on 28th April, Former CM and current LoP Devendra Fadnavis also mentioned about an emergency like situation in the state. All these activities have hit the BJP state unit’s image at large and labelled their state leadership as someone lacking ability to understand the state’s priorities and his responsibility as a face of the opposition in the state amidst this pandemic. 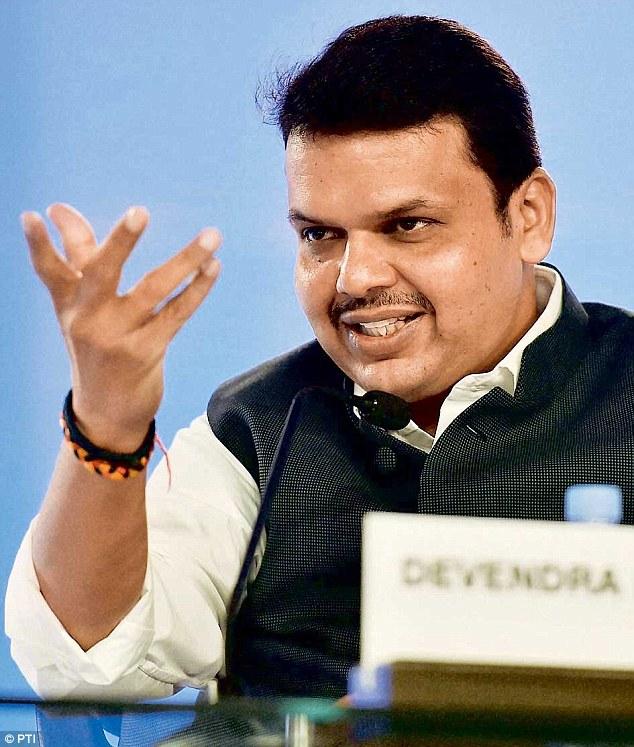 Sharad Pawar, a seasoned politician and a Statesman took advantage of the BJP’s aggressive approach and devised a strategy. The sources suggest that Pawar already knew that the Governor would not nominate Uddhav Thackeray to the upper house as the Representation of the People Act, 1951, lays down that the election or nomination to a post cannot be done if the remainder of the term of a member in relation to a vacancy is less than one year.

The terms of the two vacant seats in the council end on June 6, which may have led the governor refusing to act on the cabinet’s recommendation, he pointed out. Hence a strategy was devised to set up the narrative against the state BJP unit and create an ‘All is Well in MVA’ perception. This was probably to distract the lack of consensus in decision making and the lack of coordination among the allies. If true, this has further showcased the strength of Pawar and his skills to take control of things when odds are at high. The Aghadi now is being perceived to be strong and united among the people of the state.

After the MVA delegation met Governor BS Koshiyari for the second time and requested to nominate CM Uddhav Thackeray as an MLC from Governor’s quota, Governor in reply asked the delegation to request the ECI to conduct elections. It is also being said that Governor has hinted at discussing the issue with the Centre. After delegates met Governor, CM Uddhav Thackeray called PM Modi and complained him about an attempt by the opposition to destabilize the Government in Maharashtra, CM also mentioned about the efforts and co-operation the state government has done with the Union government in the lockdown period. Within 24 hours of this call, the Governor requested the ECI to conduct elections as early as possible. Acting on the Governor’s request, ECI called for an urgent meeting and later declared the dates for the elections. Sources also suggest that Union Cabinet Minister Nitin Gadkari played a vital role in pacing up things at Delhi and CM’s mention of Nitin Gadkari in his public address also hints about something being hatched.

Why did Modi come to the rescue?

By the time PM intervened in the matter, the BJP state unit’s image had already taken a hit in the public mind. The events also burnt the bridges between the Shiv Sena and BJP who were former allies. Hence, it was important to save the BJP’s image from being deteriorated further and rise above the petty politics and secure cordial relations with the former ally. This timely intervention from the PM has also helped him earn an image of a statesman across the nation and also in one of the most important states both politically and economically.

Apart from this, another important reason is Modi’s exemplary relationship with Pawar. The sources also say that a lot of political capital was exchanged between PM Modi and CM Thackeray during the call, although all of it remains a secret. The interesting part of all these exchanges between PM Modi and CM Thackeray is that the state leadership of BJP was aloof from all of it.

The author is a political observer and analyst.

(Opinions expressed are the author's personal. Indie Journal does not necessarily agree with them.)