As the Pune Municipal Corporation gets ready for the upcoming SWACHH SARVEKSHAN 2020, residents of Uruli Devachi and Phursungi are finding a way to breathe freely amid dumping yard and waiting for the government’s promise to come true that the garbage site will be shut before the end of this year.

In 2017 the residents had protested for 15 days and refused the Pune Municipal Corporation to continue their land as dumping ground and landfill site. The protest was started after a fire broke out in the garbage depot. Residents had called for a bandh and didn't let vehicles from the city enter the depot; leaving waste piles of garbage in the Pune city at the roadside until the logjam came to an end. 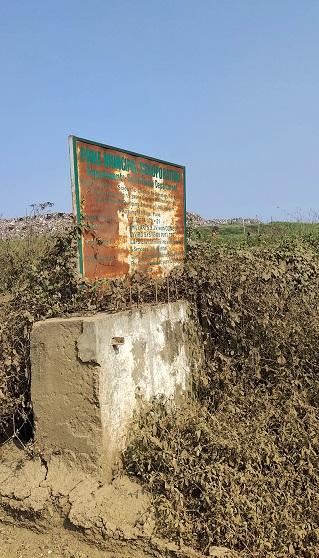 The residents have called for a stronger protest next month if the promise made by the corporation is not fulfilled. Reportedly they have been demanding the action plan from the PMC for the last 28 years. They allege open dumping of the garbage at Uruli Phursungi site which has brought thousands of flies and stench of garbage, the dumping yard affected the water bodies around the village and polluted the environment adversely.

The Pune Municipal Corporation acquired 43 acres of Land in Uruli Devachi for garbage dumping purpose in 1991. After four years in 1995 villagers moved the court demanding closure of the site. After that, the case reached the high court which passed an order in favour of villagers. In the meanwhile, Maharashtra Pollution Control Board (MPCB) in its order came in 2004 had also asked the Pune Municipal Corporation (PMC) in look for another dumping ground.

“The land was acquired by the corporation to set a dumping ground plant in Uruli Devachi. We were promised that the capping process work would start very soon. The tender was invited but nothing has happened here so far since last 28 years.” Says, Bhagwan Bhadale, resident of Uruli Devachi who heads Kachara Depot Hatav Sangharsh Samiti. (Say no to garbage depot committee).

Pune city generates about 2,000 tons of garbage every day. This is collected and sent to processing plants, of which, the largest is the Uruli-Phursungi garbage depot, which presently receives around 1100 to 1200 tons of garbage daily according to latest figures.

Rajendra Tidake, a site engineer who looks after the office here says, “We started with spreading HDPE (high-density polyethene), have been used as bottom liners in landfills is intended to be a low permeable barrier, which is laid down under-engineered landfill sites. Until it deteriorates, the liner retards the migration of leachate, and its toxic constituents, into underlying aquifers or nearby rivers, causing spoliation of the local water.”

He further adds, “Once the capacity of capping the site was over, we closed it with again another liner. Then we insert a pipe for collecting gas and leachate and there is a gas collection network. Once the area is covered there is two feet height layer of soil. The vegetation planting is also done above the capping surface.” 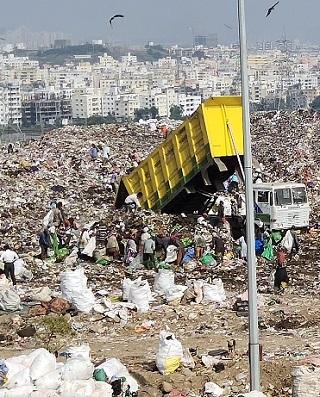 Hills have formed here in the dumping site made up of Municipal solid waste, (MSW), commonly known as trash or garbage. What the site engineer mentions as The Landfill capping is a technology that forms a barrier between the contaminated media and the surface, thereby shielding humans and the environment from the harmful effects of its contents. It possibly limits the migration of the contents.

Rajendra talking on the technical part of the waste manage further adds saying, the leachate, black coloured water from the garbage carried from the capping site is collected in the tank and then treated through RO plant to leave into the water bodies. The gas coming from the capping is treated through flaring. In the case of a new capping site, the gas excess is in more quantity and later it goes diminishing.”

In a new type of capping process, the gas collected produced by the dumping is treated through flaring system, Gas flaring is a combustion device to burn associated, unwanted or excess gases and liquids released during normal or unplanned over-pressuring operation in many industrial processes.

While PMC shows the initiative taken, the residents are not happy with efforts. Residents accused the system that the flaring system is not working properly. It was just a show-off and impresses villagers that something is happening.

Dilip Mehta, member of the environment committee here shows puts the disappointment of residents saying, “The supreme court and NGT norms are not followed here. This gas chamber is not permitted as per the norms. That silver chimney posed as a flaring system is not working properly for a much longer time.”

Mehta says adding, “The Segregation, transportation, and collection, Processing are the steps of the solid waste management. Rules came back in 2000, prohibiting open dumping of mixed solid waste but till today PMC has been openly dumping the garbage. We are not doing agitation against the rule but it is for the concerns of the environment and health of common villagers.”

In a bid to find an alternative, two plants were set up by Hanjer Biotech with a waste-treating capacity of 1,000 tons. It was proposed that they will do mechanical segregation and plastic recycle. The compost material and biodiesel were expected as by-products. In reality, the plants faced several issues including breakdowns which resulted in processing barely 200 tons of waste.

When Indie Journal asked why the PMC did not find other ways of overcoming the issue, the site engineer mentioned the stalled Waste Energy generation projects saying,“The idea was to set up a waste energy plant for five hundred metric ton capacity at the Uruli-Phursunghi dumping site, 11MW (Megawatt) project was approved. He further adds, “An Initial work was also started, a compound wall was built but local people opposed the more, later project was shifted to Ramtekadi near Pune.”

The NGT dated its order on November 15, 2017, directed PMC to file an action plan to deal with the legacy waste. In July 2018 The National Tribunal’s Pune bench had expressed extreme disappointment in the manner in which the PMC had addressed the issue of Uruli Devachi and Phursungi garbage dumping site.

The bench of Justice Sonam Wangdi and Dr Nagin Nanda asked the PMC why action should be taken against it for having failed to comply with the order. It also asked why a penalty of Rs. 2 crores should not be imposed upon them. The NGT was hearing the issue related to Uruli Devachi and Phursungi landfill site, the petition file by Bhagwan Bhadale heading Kachara depot Hatav Sangharsh Samitee. 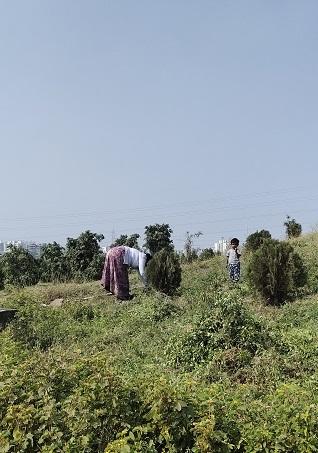 Mr Babasaheb Dhone, one of the villagers, who also leads Bhrashtrachar Virodhi Sanghtana says, “Now what we have been protesting about this dumping ground is not limited to the environment and health of young children and adults in our village but it has encroached our personal and social life too.” He adds, “No one is willing to marry their daughter in our village due to this Kachara depot, (dumping yard). I will show the list of young people ranging from 35 to 40 are still in the queue to get the knot tied but this stain has affected their life on a very serious note.

“More than a Lakh metric tons of garbage are putting the lives of villagers at risk. We all stand by a demand for the complete closure of the dumping plant. The former chief minister of Maharashtra Devendra Phadnis had promised to close this plant.” says Bhagwan Laxman Bhadal, leading Kachara depot Sangharsh Samitee. 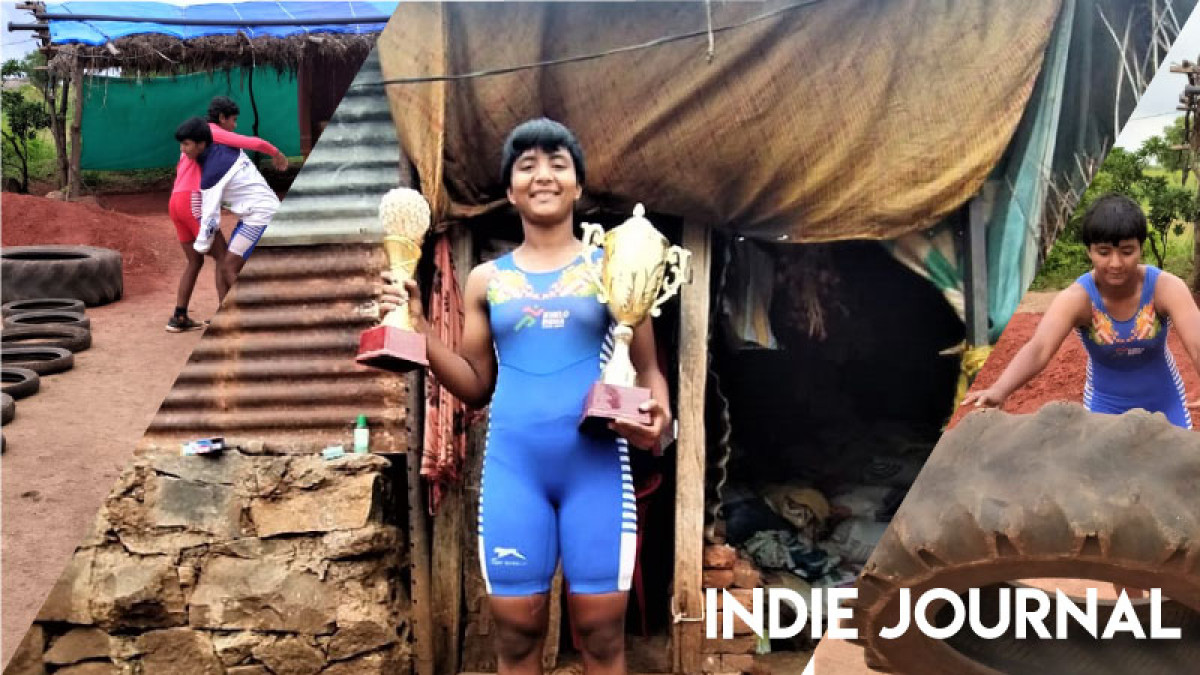