The Citizenship (Amendment) Act has imperilled the nation’s constitutional values, and no one can afford to be silent.

The Citizenship (Amendment) Act, 2019, must be rejected for three reasons. First, it is against the letter and spirit of our Constitution. Second, it is divisive, deeply discriminatory and violative of human rights. Third, it seeks to impose the politics and philosophy of Hindutva, with its vision of a “Hindu nation”, on our entire people and on the basic structure of our polity. Our constitutional values are in peril, and no person who has faith in our democracy can afford to be silent and uninvolved in what is happening around us.

Let us understand each of these three points. The first is that the Citizenship (Amendment) Act is against the letter and spirit of our Constitution. Articles 5 to 11 of the Constitution deal with citizenship, and the Citizenship Act, 1955, lays down criteria for citizenship based on birth, descent, registration, naturalisation, and citizenship by incorporation of territory. By setting new criteria, the Citizenship (Amendment) Act goes against the premise of common citizenship regardless of differences of caste, creed, gender, ethnicity and culture. Further, Article 14 of the Constitution lays down that the “State shall not deny to any person equality before the law or the equal protection of the laws within the territory of India”. It bears emphasis that Article 14 applies not only to citizens but to “all persons within the territory of India”.

What do we mean by the spirit of the Constitution? We associate the drafting of our Constitution with the rich debates of the Constituent Assembly, and the wisdom of its members, amongst whom Babasaheb Ambedkar stands tall. It is often not recognised, however, that it was the heroism of millions of unsung freedom fighters that made our Constitution a reality. These men and women, who came from the working class, peasantry, and socially marginalised groups — whatever their religious persuasion — challenged the colonial authorities in their struggle for human rights and economic justice. This struggle had broader aims than the overthrow of colonial rule. These torchbearers of modern Indian history played a crucial role in creating the demand for social justice, and a Constitution with democratic and secular values in a society in which discrimination and inequality were deeply ingrained. Although the framing of the Constitution did not mark the end of the struggle for civil liberties and for an egalitarian society, it, nevertheless, was a milestone in our history.

Our freedom fighters were also conscious that theirs was a struggle for a society free of caste and religious deprivation and discrimination, and free of the deep social and economic inequalities that characterise Indian society. This was true of the manifestos of the Left from the early 1920s; this aspiration was also reflected in the resolution of the Karachi session of the Indian National Congress in 1931, held after the execution of Bhagat Singh and his comrades. Confronted by the radical mass upsurge of the time, the Congress passed resolutions on the freedom of speech, press, freedom of assembly, freedom of association, and equality before the law.

The national movement in British India was further strengthened by movements in the erstwhile princely States. Our forebears dreamt of an independent India where communal prejudice would be alien to the polity. It is not surprising that the threat to those parts of our Constitution that defend secularism, democracy, social equality, federalism, and individual and social diversity, should come from that section of the polity that did not participate in the freedom struggle. The surrender to British imperialism by the precursors of today’s forces of Hindutva, is a chapter of India’s history that is cast in stone. No amount of denial can change that unheroic past.

Our second point is that the Citizenship (Amendment) Act is divisive, deeply discriminatory and violative of human rights. As I have written before, our national unity was won through struggle; the Citizenship (Amendment) Act is one of the many threats to its survival. Our hard-won Constitution recognises individual and social differences, and that we must weave the cord of unity by creating a sense of belonging and inclusiveness for all.

The Citizenship (Amendment) Act attempts to create and deepen communal division and social polarisation in the country. The Act gives eligibility for citizenship to Hindus, Sikhs, Buddhists, Jains, Parsis and Christians from Afghanistan, Bangladesh and Pakistan who entered India on or before December 31, 2014, and specifically excludes Muslims from that list. In granting citizenship on the basis of religion, it discriminates against Muslims and rejects the basic concept of secularism.

That the Citizenship (Amendment) Act is discriminatory and violative of human rights has been recognised by those who have come out on the streets in many States, in opposition to the Act. It is noteworthy that university and college students figure so prominently in the upsurge against the Act. Though pushed through in the Lok Sabha and the Rajya Sabha by the Bharatiya Janata Party (BJP) and its allies, these young citizens of India have come together — much as students did during the anti-colonial struggle — to reject the attempt to divide India along religious lines. They have denounced this Act as discriminatory and violative of human rights.

Our final point, that the agenda of Hindutva and its ultimate goal of establishing a “Hindu Nation” underlie the Citizenship (Amendment) Act, is well established both by past experience and the present actions of the BJP-Rashtriya Swayamsevak Sangh. We mentioned earlier the absence of the forces of Hindutva from the freedom movement. It was in this period that M.S. Golwalkar propounded his theory of India as a “Hindu Nation,” where other religious communities had no rights of citizenship. The Citizenship (Amendment) Act is the latest blow by the BJP to the secular nature of our polity.

When the Left has been in Government we have made every effort to use the machinery at our command to preserve communal harmony; elsewhere, we have organised the masses to ensure such harmony.

Kerala’s struggle for secularism and social equality has much to teach us. Historically, the different strands of Kerala’s social renaissance and, subsequently, the forces of the Left and other progressive sections, fought hard against social discrimination and communalism, and for social and economic equality.

All political parties and social groupings of different types in Kerala, other than the parties and organisations of Hindutva, have come together against the Citizenship (Amendment) Act. The peaceful satyagraha held in Thiruvananthapuram on December 16, attended by political parties, religious leaders, and cultural leaders is a symbol of our united determination to uphold constitutional values and basic human rights, and to oppose discrimination.

We cannot postpone our protest and united resistance against this assault on secularism and democracy.

Pinarayi Vijayan is the Chief Minister of Kerala.

This piece was originally published by The Hindu and can be read here.

Republished with credit but no explicit prior permission. 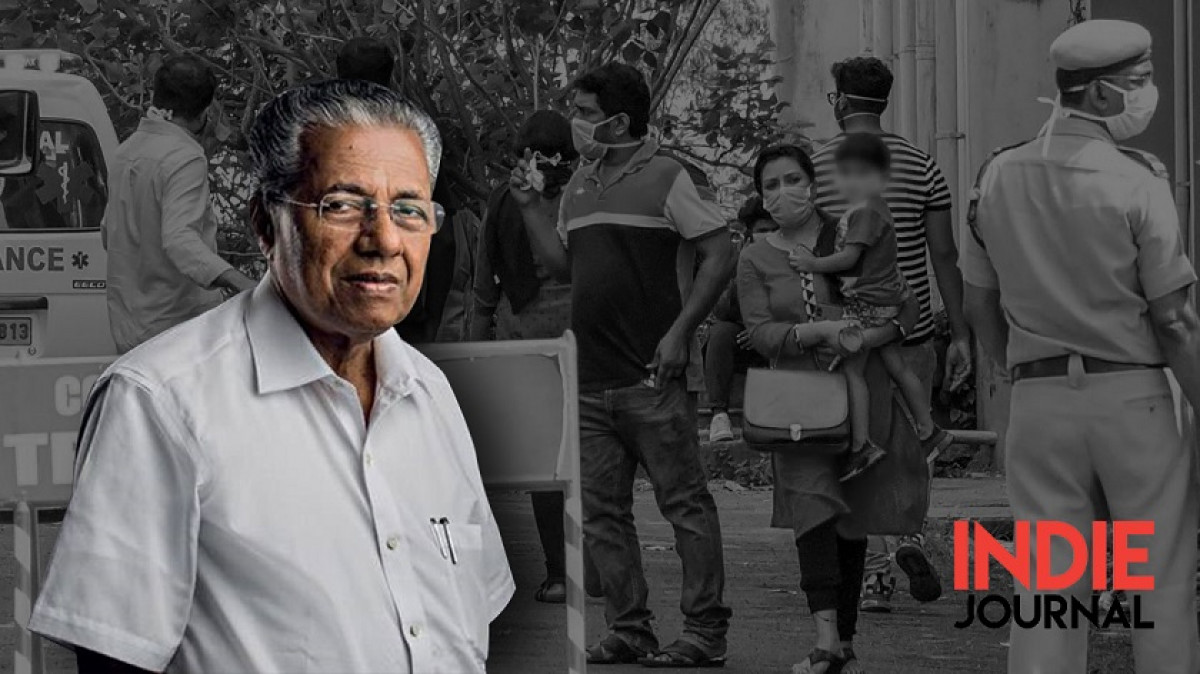